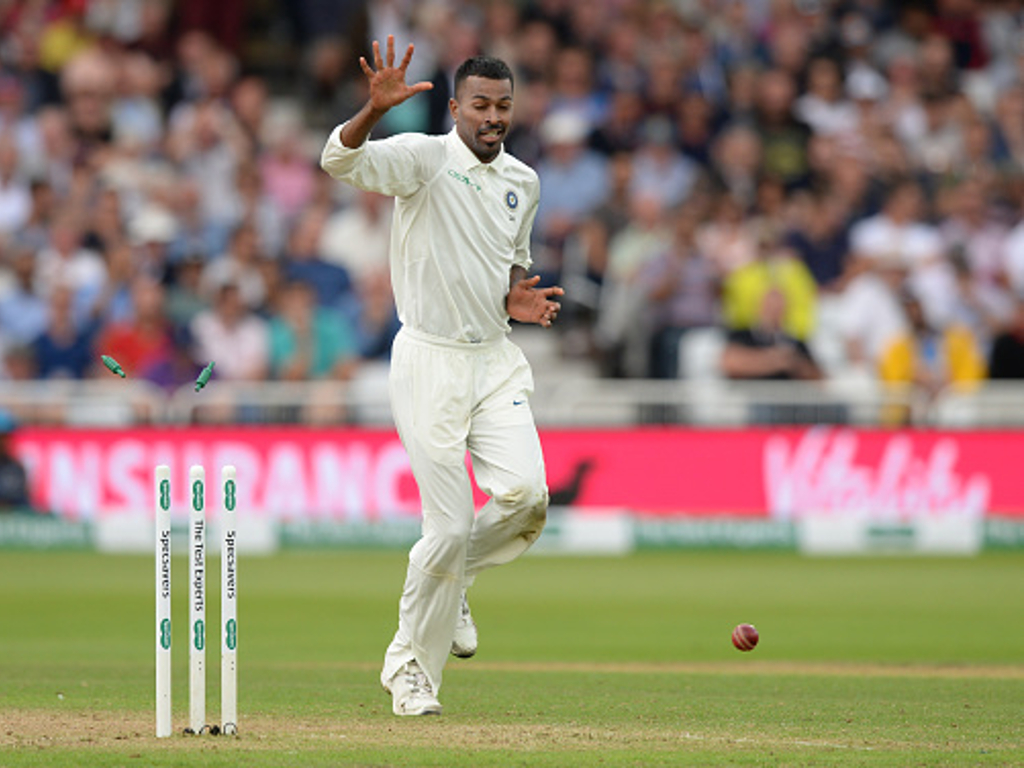 1 A SWIFT RESPONSE FROM HARDIK PANDYA

Michael Holding can’t catch a break with India fans, after a first day gaffe (a poor joke about India’s black armbands), the subject of the former quick’s pre-Test criticism, Hardik Pandya, spearheaded the tourists gutting of England. Pandya took five for 28 as England lost ten wickets in a session, and he would celebrate by holding the ball aloft for an extended period of time. Pandya may say that he was unaware of being labelled ‘not a Test allrounder’ by Holding but his performance does tie into a neat little narrative and that is part of what makes cricket great.

2 THE OTHER FIVE-FER FROM TRENT BRIDGE

Rishabh Pant recovered from a shakey start with the gloves to take five catches during England’s afternoon collapse and he dealt really well with the moving ball. Pant has endeared himself to India fans and neutrals alike with the style of his batting and his approach to the game. On day one he got off the mark with a six and he played a good cameo on day two even if India couldn’t add too many to their overnight total.

As David Lloyd pointed out, few former cricketers questioned the decision to give Joe Root out caught in the slips by Lokesh Rahul off the bowling of Hardik Pandya. Replays could not prove conclusively that Rahul had NOT taken the catch cleanly and with a soft signal of out this was enough to send the England captain packing. Social media failed to settle whether the ball bounced off the ground or Rahul’s fingers but in the scorecard it will read out.

Stuart Broad got a warm reception from the India fielders after his extended send-off of Pant, with Kohli being heard to say that the England quick would be headed for an early bath. Pandya ended Broad’s stay at the crease after five balls when he trapped the former allrounder leg before for a duck. The England man looked reluctant to get off the park but a review would not have saved him.

It seems a lifetime ago that Stuart Broad was being talked up as an allrounder #ENGvIND pic.twitter.com/CF2iovNVZx

5 AN UNUSUAL DOUBLE FROM THE INDIA OPENERS

The last time they did the same was in Birmingham, 1986. #ENGvIND pic.twitter.com/Hw4l3VfWAP