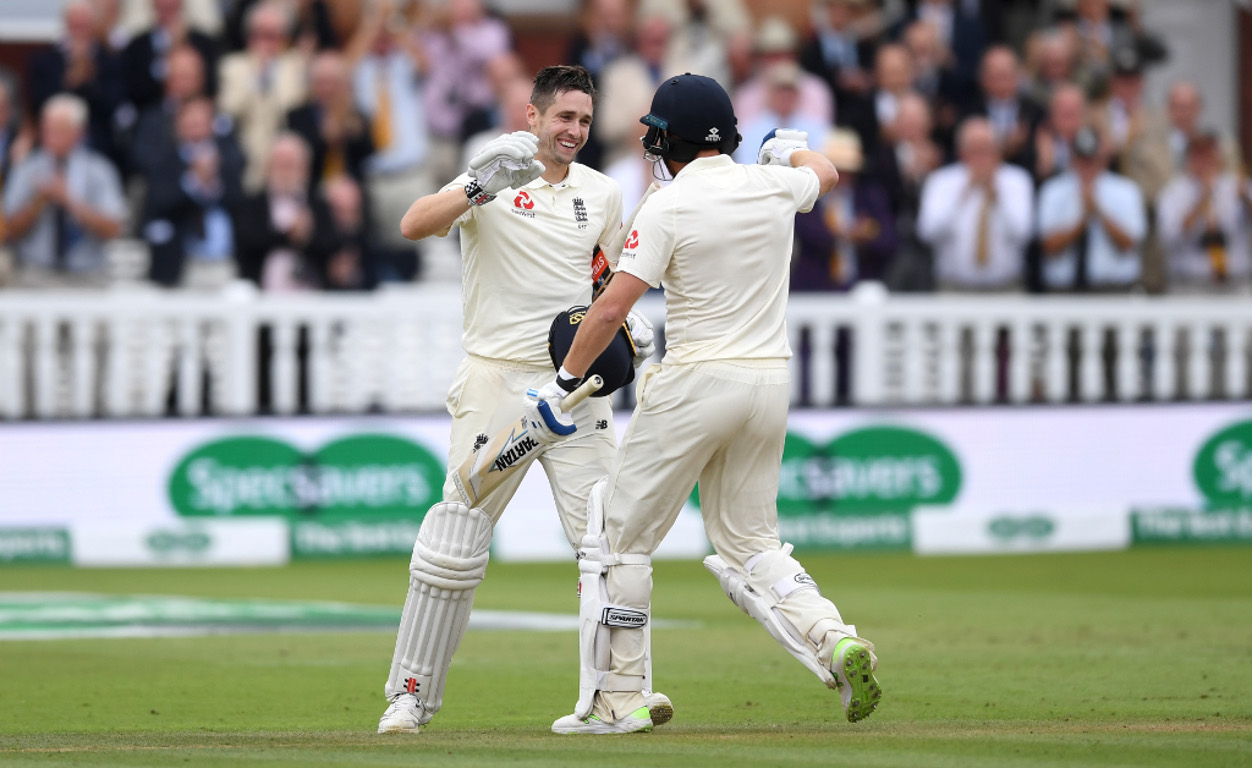 With England’s bad-boy allrounder in court this week the three Lions turned to a man who may not be a complete boy scout but you’d be hard-pressed to find a more by-the-book player than Chris Woakes. A consistent performer in big matches and critical moments Woakes produced his finest Test innings to date off the back of his rock-solid technique and put England in charge of the second Test.

2 BAIRSTOW IS THE MAN FOR THE CRISIS YET AGAIN

When Jonny Bairstow arrived at the crease for England they had yet to seize control of the course of the action and indeed looked perilously close to collapsing just as India had done on the second afternoon. Bairstow found the right balance between defence and attack though and transferred the pressure right back to the India seamers who were unable to shift the wicketkeeper until after tea. He may have fallen short of his hundred but his 93 could prove to be one of the big innings of this series

A lovely way to bring up your fifty @jbairstow21! 🙌

India playing two spinners in a swing-bowlers paradise would have been bad enough if they had not left a brilliant quick in their changeroom in the form of Umesh Yadav. The mistake has been brought home to India with Kuldeep incapable of troubling the England batsman on a Lord’s surface that has been offering very little for the slower bowlers.

4 COOK GETS ANOTHER JAFFER

Alastair Cook has failed three times in this series but you have to feel a little bit sorry for England’s all-time leading run-scorer who has been dismissed by three absolute peaches so far. After being cleaned up by Ravichandran Ashwin twice at Edgbaston, Ishant Sharma came around the wicket and caught Cook on the crease with a beauty that the opener could only get a slight edge to.

India started the day well with early wickets but found the going tougher as the day wore on #ENGvIND pic.twitter.com/gs5YDpL0vQ

5 INDIA GET A BIT DESPERATE

It was clear things had gone awry for India when Shami decided it was time to try to bounce out Bairstow on a pitch where full lengths have offered great returns for patient bowlers. Bairstow is not a player who has struggled against the short stuff and he was only ever going to be presented with opportunities to dispatch the bowling to the fence. Pandya would eventually find the length that would put an end to the wicketkeeper’s match-turning 93.