Edgbaston set for a thrilling finish to the Test on Saturday 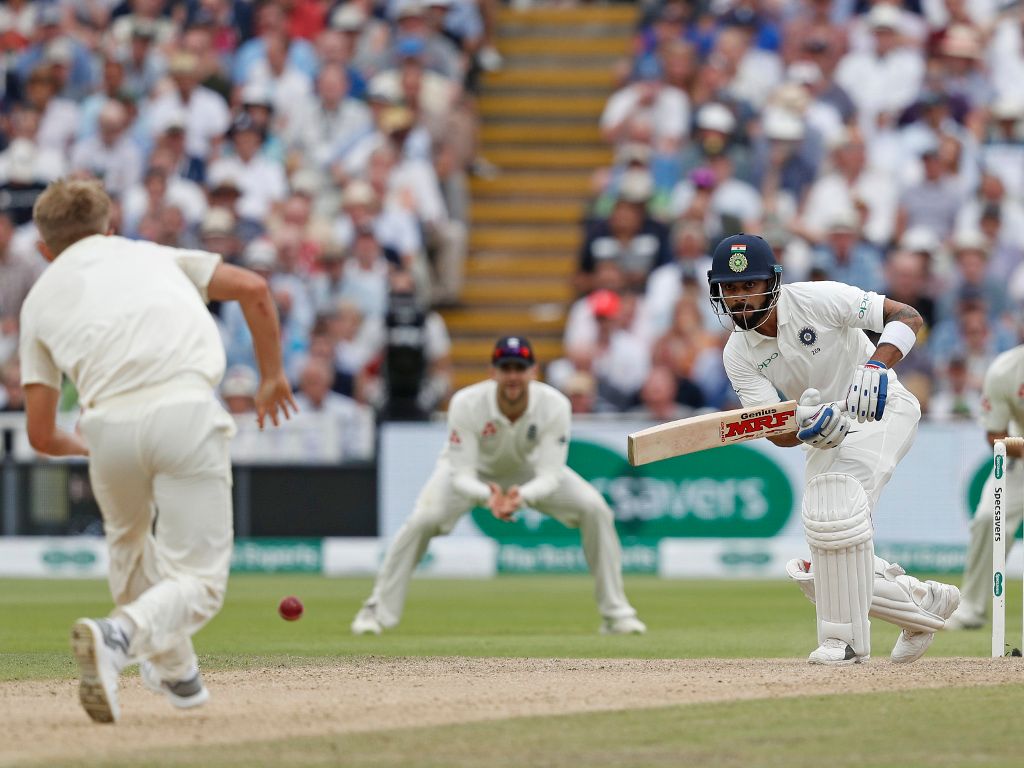 The first Test between England and India is set for a thrilling conclusion on Saturday after the tourists ended the day on 110/5 needing 84 runs to win.

England’s top order did not cover themselves in glory on the third morning as Ishant Sharma found his rhythm and did most of the damage after Ravichandran Ashwin made the early breakthroughs.

Overnight batsmen Keaton Jennings (8) and Joe Root (14) were both caught by Lokesh Rahul, the first a regulation catch at second slip and the second a blinder at leg slip.

Dawid Malan (20) and Jonny Bairstow nervously moved England from 39 for 3 to 70 before the former was squared up by Ishant and caught in the gully.

Ben Stokes (6) and Jos Buttler (1) have notched dual failures with the bat and their dismissals that followed Bairstow’s left England in a right pickle at 87 for 8.

Sam Curran came to England’s rescue with an attacking 63 off 65 balls where he was batting mostly with the tail.

The allrounder was dropped in the slip corden with Dinesh Karthik possibly putting off Shikar Dhawan. 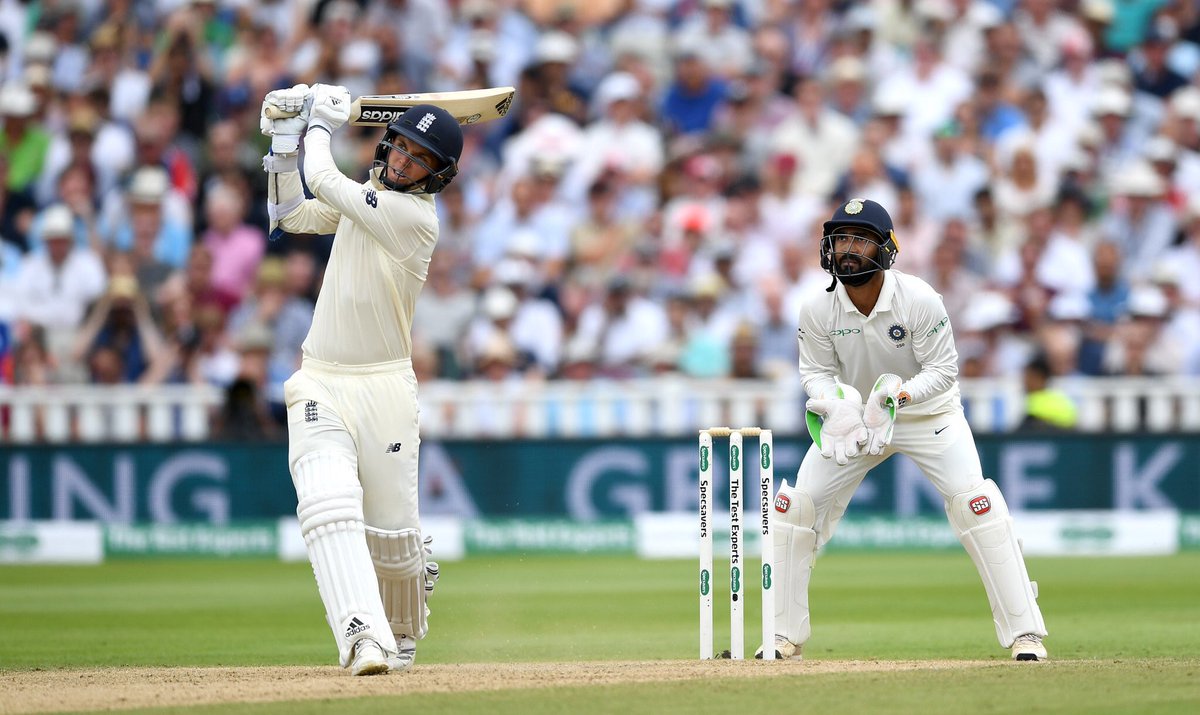 Curran reached his maiden Test fifty with a swatted six over extra cover but running out of partners the allrounder nicked off to Umesh Yadav.

England managed to get to 180 all out, which just about keeps them in the game.

Ishant ended with figures of 5/51 becoming the third India bowler to take five at Edgbaston.

Lokesh Rahul (13) was joined by skipper Virat Kohli who again looked the picture of determination. Rahul could not match that though as he was undone by a beautiful away-swinger from Stokes.

Curran continued a dream Test in terms of impact as he bagged the wicket of Ajinkya Rahane (2). The India batsman was guilty of chasing a wide one though.

Ashwin (13) looked positive until he walked at a length ball from Jimmy Anderson and edged through to Bairstow.

Karthik (18*) and Kohli (45*) swung the game back in India’s favour late on by grinding out a 32-run sixth wicket stand.

India probably have the edge but England will feel that the wicket of Kohli will be the key.