India well-placed but far from complacent

India batsman Ajinkya Rahane believes that his side are in a good position despite losing three wickets in the evening session starting with his own.

Rahane made 81 and looked good money to go on and make it to three figures until a bliding catch from Alastair Cook in the slips sent the India vice-captain packing.

Virat Kohli’s deputy accompanied the skipper in India’s most dominant session of the series so far after lunch on day one as they took India from 82 for 3 to 241 for 4.

India would end the day on 307 for 6 with Rishabh Pant set to be joined by Ravichandran Ashwin when play resumes tomorrow after Hardik Pandya was dismissed in the final over of the day.

Speaking to Sky Sports after play Rahane said: “I think it is a good score on this wicket. When me and Virat (Kohli) were batting we were looking to put pressure on the opponent. In the end it is a good score.” 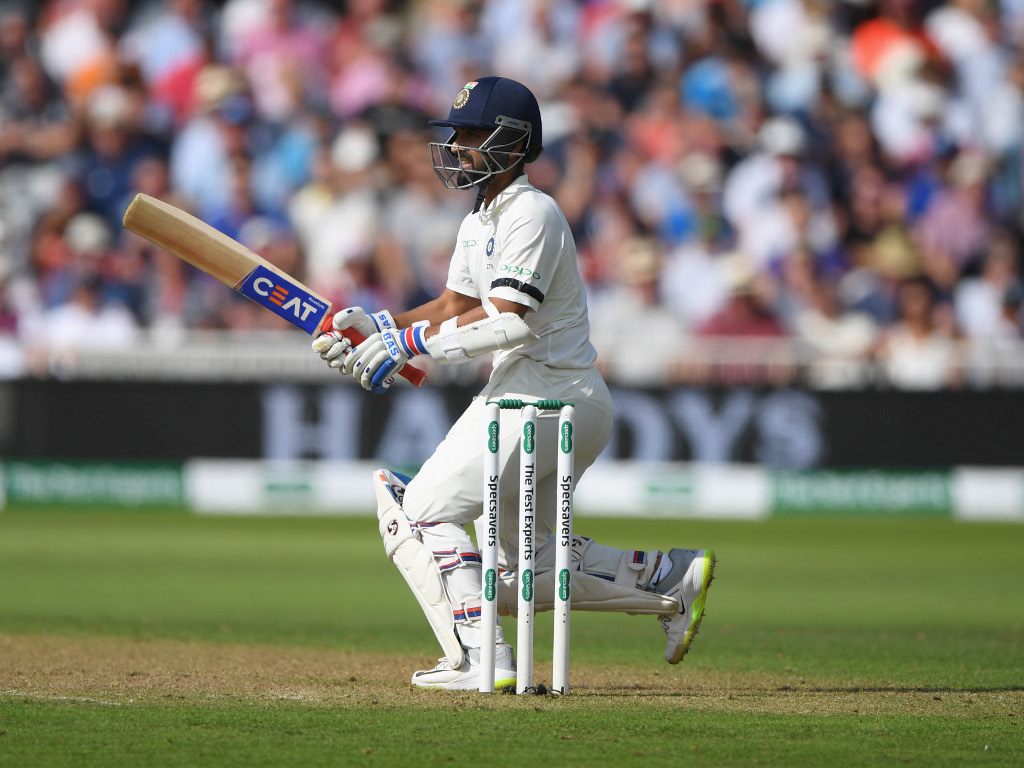 Rahane said that India wanted to make the most of a solid platform provided by Lokesh Rahul and Shikhar Dhawan who looked as good as any openers have looked all series as they put on 60 for the first wicket.

The vice-captain said that India will be looking to be ruthless with bat and ball on day two: “320-4 would have been really good. Intent was important. Our openers played really well. We were thinking get a good start then middle order can capitalise.

“Tomorrow we have to bat well and then bowl in the right areas.”

England have found less assistance in the wicket at Trent Bridge so it will be interesting to see how India’s bowlers get on in Nottingham.