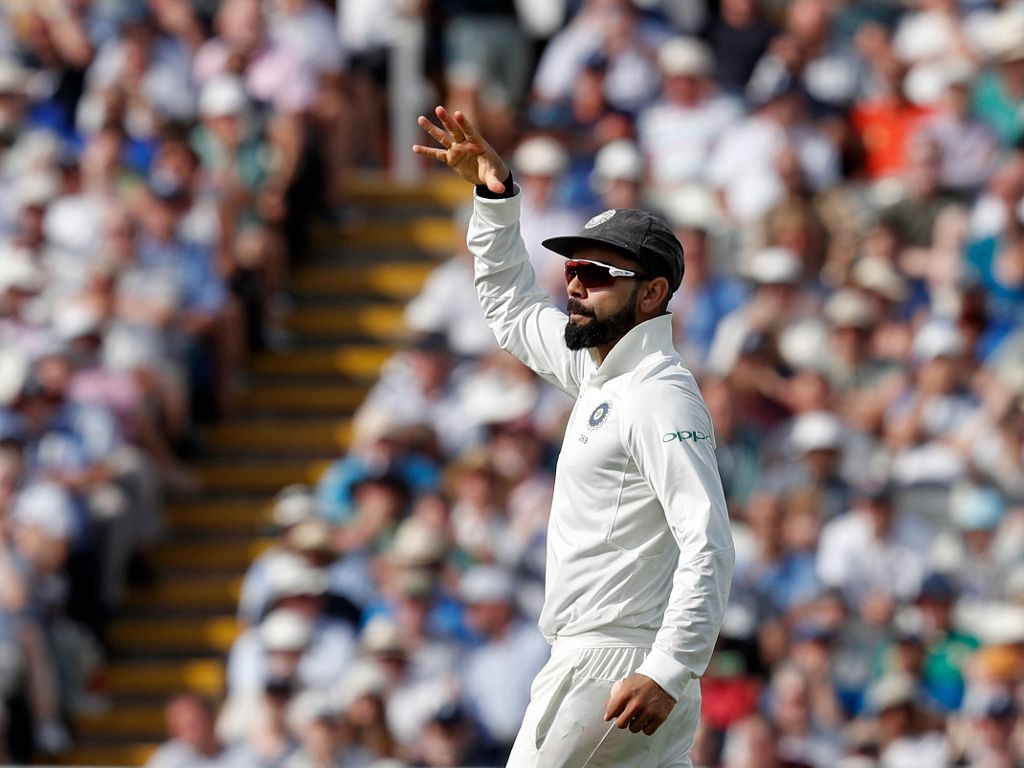 England skipper Joe Root says that he didn’t see or hear Virat Kohli’s animated send-off after the latter ran out the former on day one of the first Test against India.

Root has no problem with the way Kohli celebrated the wicket – He mimed a mic drop and then appeared to say ‘mic drop, fuck off!’ – and says that it adds colour and humour to the game.

“I didn’t see it in the middle,” Root told Sky Sports before the start of the second day’s play. “I obviously saw it last night at the end of play.

“I actually think it adds to the whole spectacle of Test cricket, it gives a bit of humour to it, and it makes for a very entertaining series for something like that to happen so early on, so we’ll see how things pan out over the course of the five Test matches.”

Put me down for a million https://t.co/lWfNOPhHaV

Root was gutted by the run out, which sparked a massive England collapse in the third session and ceded the advantage to the tourists.

“It was one of those things in the heat of the moment,” he said. “You want to try and pinch as many runs as possible. You hear a call and you trust your mate.

“It’s human error, it happens unfortunately, but Jonny was kind enough to give me a lift into the ground this morning. I could have said no, there’s no hard feelings, we’ve just got to move on with it.

“It was a disappointing last session, but for the majority of the day, we played some really good cricket. And that’s what we’ve got to take into today. It was a surface that actually did a bit all day, There was seam movement at the back end of the day, and that fills our bowlers with confidence. And if we can find a really good length early on, we can do a lot of damage.”

England began the second day of the first Test on 285 for 9 and would only add two runs to their overnight total before they were all out for 287.