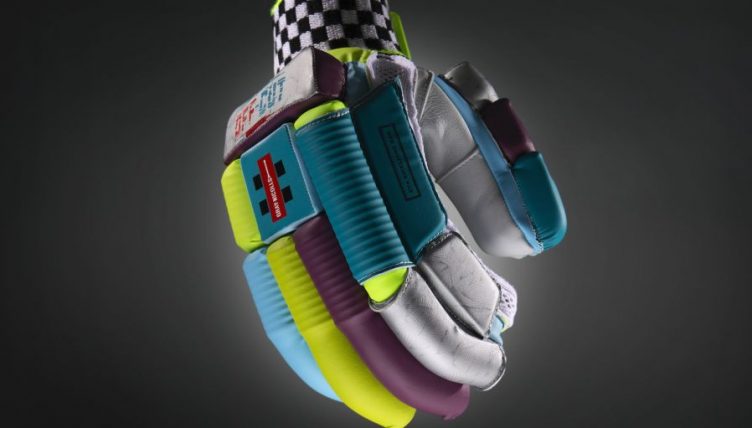 Look at that. Look at all the colours. Look at how they have no business all being on the same batting glove yet there they are looking tremendous. These are the new Gray-Nicolls Off-Cut batting gloves and the absolute standout of anything we’ve seen so far of the new ranges for next year.

This is excellent for several reasons. One, they look mental. Brilliantly mental. Two, each pair is unique. A pair of Off-Cuts could be green, pink, yellow, orange or all four. We vote for all four. Three, as a result of one and two, anyone batting in them is going to boil several vats of p***. All for that. Four, using leftover bits means it’s good from a sustainability perspective and we all need to worry about that stuff. Five, because they’re made from old bits and bobs the prices are fantastic – change from £45 for the adult Off-Cut Pro and under £25 for the kids’ Academy.

Great knock from @PhilSalt1 who just smashed 72 off 40 balls for the Sussex Sharks in the T20 Blast, but wait, what’s that you say about his gloves?! Learn all about them soon #graynicollslaunch pic.twitter.com/4YIed6VcnT

Nick Wilton, brand manager of Gray-Nicolls, said: “The Off-Cuts is a project we are immensely proud of. As a global brand we have a responsibility to ensure that we are as eco-friendly as possible.

“This is just one of the first steps we are taking to ensure that our effect on the planet is as small as it can be. The dual benefit for the public is that they’ll get a pair of gloves that look fantastic and perform brilliantly.”

“As the world looks for ways to be more sustainable, Gray-Nicolls is acutely aware they have a role to play too. The Off-Cuts Collection is just one step in making our goals a reality.”