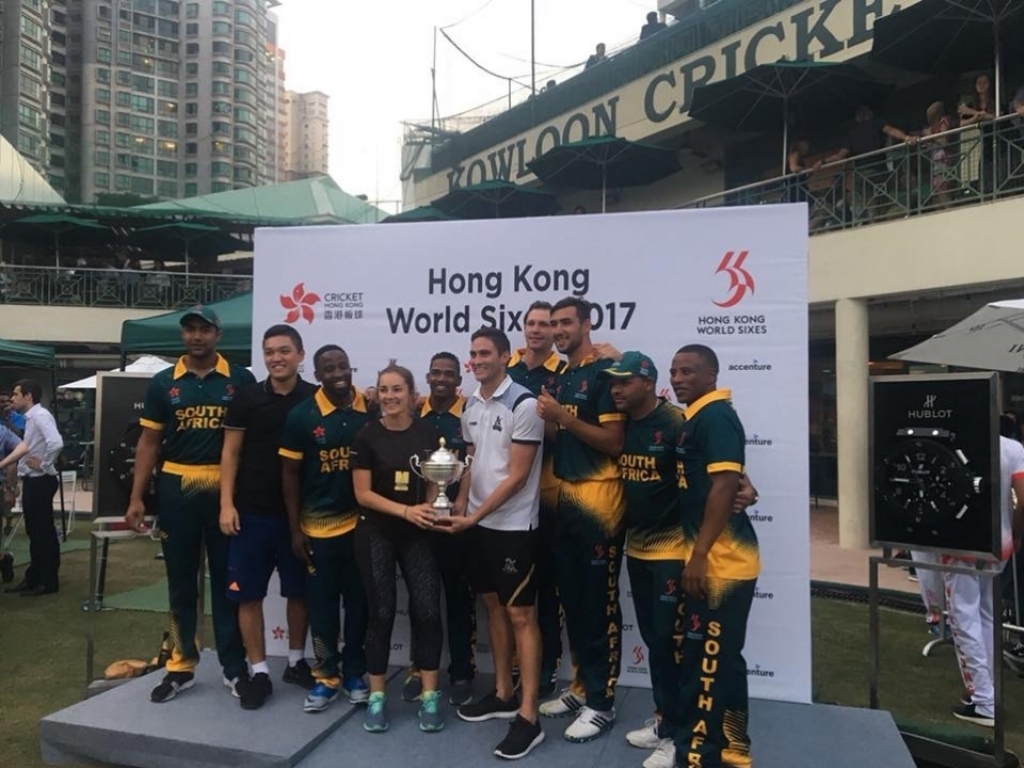 Cape Cobras coach Ashwell Prince says the victorious South Africa Hong Kong Sixes squad had a point to prove as they went on to win the trophy on Sunday.

South Africa beat Pakistan in a thrilling final at the Kowloon Cricket Club after Aubrey Swanepoel struck the last ball of the game for a boundary.

South Africa wins the @hksixes Cup defeating Pakistan with a boundary from the final ball. Aubrey Swanepoel the man of the moment.#HKSixes pic.twitter.com/p6EwSPMMxa

It was a great achievement for Prince and his players to win the competition as the South African team was made up of fringe players that are struggling to make their domestic franchise squads.

But Prince feels that the victory in Hong Kong could be a good launching pad for most of them especially since the Global T20 League was cancelled.

Prince told IOL Sport: “There was a lot of pride… We were all guys, and I include myself, who had missed out on a gig at the Global T20 and really wanted to prove something.

“So, there was a lot of passion in the performances and skill. There were some outstanding catches taken by Aubrey Swanepoel in the outfield, and Sarel Erwee really surprised with his bowling.

Although the tournament is all about fun and enjoyment there were some top international players on show with Pakistan fielding a strong line-up that included Sohail Tanveer, Sohail Khan and Mohammad Sami.

The recently-retired Test and ODI all-rounder John Hastings spearheaded the Australian challenge while Samit Patel led the charge for the MCC side.

Prince continued: “There is definitely an element of fun with the tournament being staged in Hong Kong over Halloween weekend, but when we arrived I asked the guys if they were here to party or play some good cricket?

“That South African team spirit and competitiveness just takes over when any team wearing green crosses that white rope.”

That is how you celebrate! Congratulations to the 2017 Hong Kong World Sixes champions, South Africa 🍾🍾🍾 #HKSixes @CricketHK pic.twitter.com/7nNFFwszgL