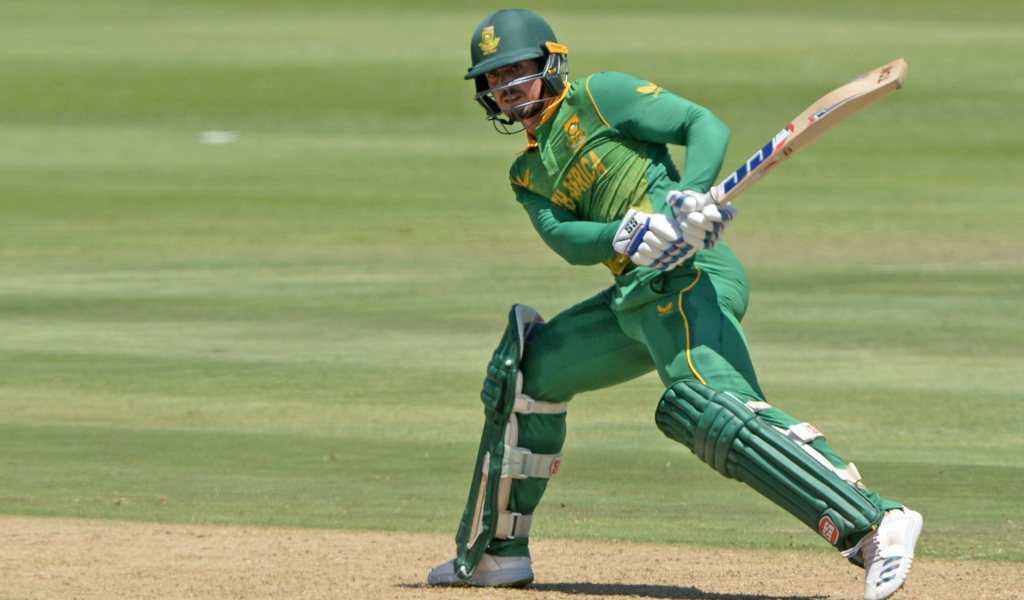 South Africa batters Quinton de Kock and Rassie van der Dussen have made huge gains in the ICC Rankings after helping their team complete a memorable 3-0 series win over India.

De Kock is in the top five for the first time since the ICC Men’s Cricket World Cup 2019 after aggregating 229 runs that included a match-winning 124 in the final match in Cape Town.

The wicketkeeper-batter has moved up four places after his Player of the Series effort.

Captain Temba Bavuma has also made huge progress, reaching a career-best 59th position from 80th before the latest weekly update which also includes the Afghanistan-Netherlands series and the last match of the Sri Lanka-Zimbabwe series.

Opener Shikhar Dhawan, the leading scorer for India against South Africa with 169 runs, has moved up one place to 15th in the list led by Pakistan captain Babar Azam with Virat Kohli and Rohit Sharma in second and joint-third positions, respectively.

Rishabh Pant is up five places to 82nd.

Afghanistan batter Rahmat Shah’s aggregate of 153 runs against the Netherlands has lifted him seven places to joint-36th while Hashmatullah Shahidi is up nine places to 53rd.

For the Netherlands, Scott Edwards’s series-topping 208 runs see him move up 97 places to 100th. Charith Asalanka of Sri Lanka is another one to progress, from 52nd to a career-best 46th position.

South Africa’s bowlers too have significant gains in Wednesday’s update.

In the ICC Men’s T20I Player Rankings, England batter Jason Roy’s 45-run knock in the second match against the West Indies has helped him move up one place to 15th while West Indies’ Brandon King is up 28 places to 88th thanks to his unbeaten 52 in the first match.

In the bowlers’ list, Jason Holder is up to a career-best 26th following his haul of four for seven that won him the Player of the Match award in the first match. His team-mate Akeal Hosein bowled economically to gain 40 places and reach 33rd after the first two matches.