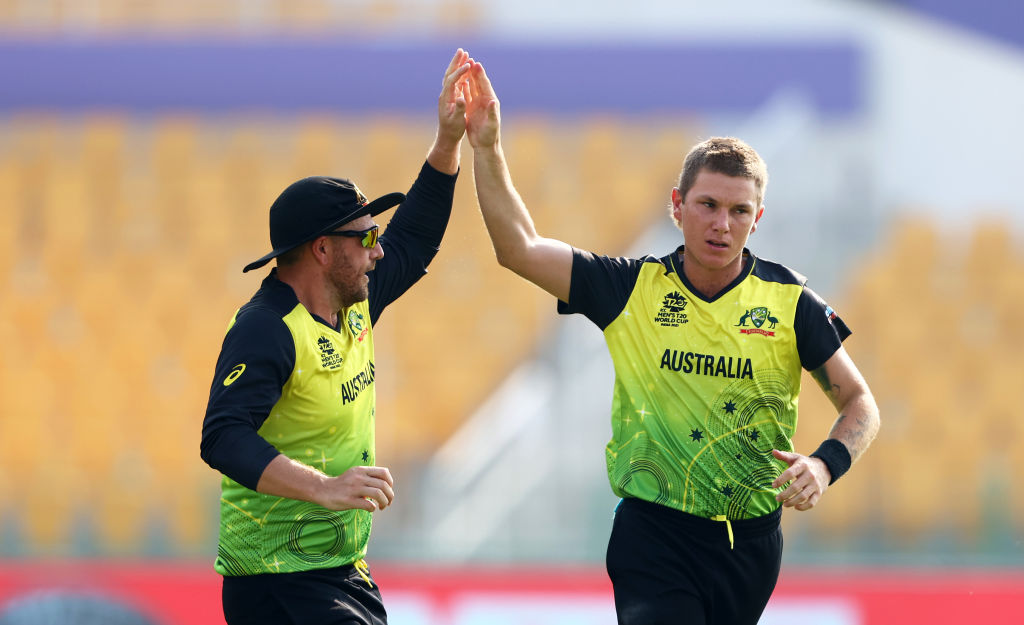 Australia leg-spinner Adam Zampa moved up to fifth on the ICC T20 Player Rankings for bowlers thanks to his efforts at the World Cup.

Zampa’s five-for against Bangladesh makes him one of two Aussies in the top ten, with Josh Hazlewood moving up 11 places to eighth, thanks to his four-wicket haul against West Indies.

The other major movement in the top ten saw Tim Southee, who has picked up five wickets since the last update, move three places up to ninth in the bowling rankings.

Aussie all-rounders on the charge

The Australian domination in the latest update continues among all-rounders.

Glenn Maxwell and Mitchell Marsh move up in the all-rounders’ rankings.

Hasaranga also remains the number one bowler in the format just ahead of the Proteas Tabraiz Shamsi and England’s Adil Rashid.

The associate nations are well represented in the all-rounders rankings after the latest update.

Zeeshan Maqsood of Oman in fifth followed by JJ Smit of Namibia in sixth and teammate Khawar Ali in eighth spot.

Aiden Markram’s unbeaten knock of 52 in just 25 balls in South Africa’s victory over Group 1 table-toppers England sees him climb to the third spot in the latest T20I rankings for batters.

Markram’s heroics with the bat and handy off-spin helped him break into the top ten of the all-rounders’ rankings, rising seven places to seventh.

Van der Dussen scored a match-winning knock of 94 not out against England, helping the Proteas post a daunting total of 189 on their way to what proved to be a consolation win.

Glenn Maxwell a doubt for Australia’s tour to Pakistan

Rahul’s knocks came too late for India as they crashed out of the tournament in the Super 12 stage.