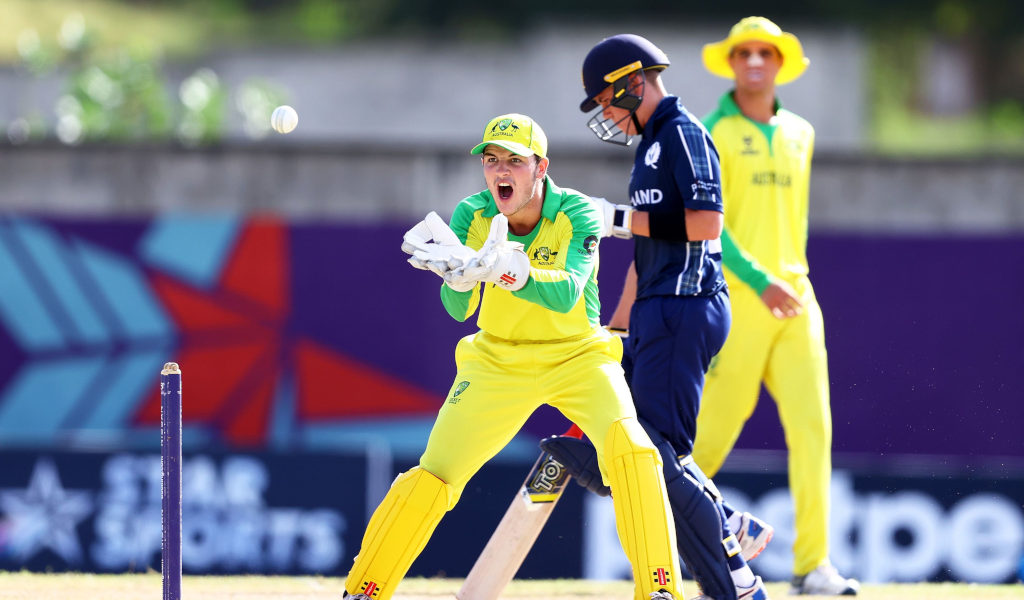 India made it two wins from two at the ICC Under 19 Men’s Cricket World Cup thanks to a brilliant batting performance against Ireland.

The four-time champions made 307 for five from their 50 overs on the way to a 174-run win that puts them top of Group B.

Meanwhile, three-time champions Australia were pushed by an impressive Scotland team but managed to seal a win that marks the perfect response after their defeat to Sri Lanka on Monday.

India followed up Saturday’s 45-run win over South Africa with a comprehensive victory against Ireland at the Brian Lara Cricket Academy in Trinidad and Tobago.

Opener Harnoor Singh set the tone for his team, back to his best form after only scoring a solitary run in the win over South Africa on Saturday.

This time he made 88 before Matthew Humphreys trapped him lbw. However, by that point India were already closing in on 200, helped by Angkrish Raghuvanshi’s 79.

They then set a daunting target of 308 for Tim Tector’s team, who started the tournament with a 39-run over Uganda, to hunt down.

The powerplay proved tricky for Ireland to get a foothold in the match and keep up with the required run rate.

And when spinner Rajvardhan Hangargekar struck in only the third over to send Jack Dickson back to the dressing room, they were left reeling.

Any hopes of a fightback finally went when Joshua Cox’s thick edge was caught at the second attempt by wicketkeeper Dinesh Bana as he headed back to the pavilion for 28.

Ireland were eventually bowled out for 133, Aneeshwar Gautam perhaps the pick of the Men in Blue attack with figures of two for 11 at an economy of 2.75.

India next face Uganda, where a win would see them secure top spot in Group B, while Ireland face South Africa.

Australia sent Scotland in to bat first at the Conaree Cricket Centre, a decision that looked like it might backfire when Scotland’s openers made a positive start.

Charlie Tear and Oliver Davidson took their team beyond 80 before Davidson (33) was run-out.

Wicketkeeper Tear, hit nine boundaries on the way to a half-century, before falling to an Issac Higgins delivery just three overs after his fellow opener departed.

Joined at the crease by Samuel Elstone, Mackintosh found his touch and the pair put on an impressive 71 partnership, before an outside edge from Elstone found Cooper Connolly.

Although some good fielding from William Salzmann saw skipper Charlie Peet run out on his very first delivery, Scotland ended on a respectable 236 for eight.

But their opponents’ response started well, with run-machine Teague Wyllie and Campbell Kellaway attacking the powerplay.

The pair stuck 100 on the scoreboard without loss, before Kellaway (47) departed just shy of a half-century.

That couldn’t stop an impressive Australia chase, with his replacement at the crease Aidan Cahill smashing 72 from 45 balls.

Wyllie (101 not out) reached his century to help complete the job as Australia reached their target with seven wickets remaining.

Despite a third straight loss in the tournament, Scotland will enter the Plate quarter-finals with their confidence boosted after producing their best all-round performance in their final Group D game.