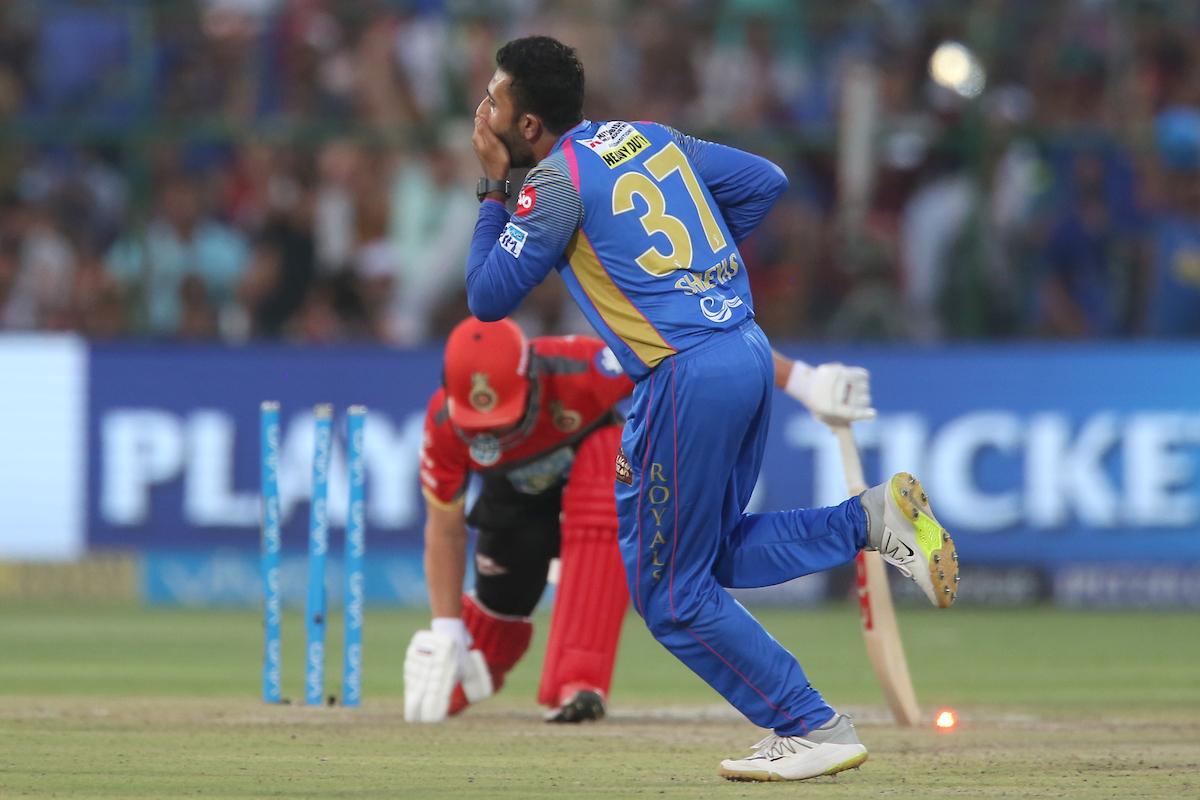 The Royal Challengers Bangalore came to Jaipur knowing that only a win against the Rajasthan Royals would leave them with a chance of qualifying for the playoffs but they fell 30 runs short in their chase.

The Royals were put in to bat on a sluggish surface and got off to a solid start despite losing Jofra Archer (0) early on to Umesh Yadav.

Tripathi held firm even as a brace of wickets in from Umesh the 14th over slowed their progress and left them 101 for 3.

Heinrich Klaasen (32) played an aggressive cameo that helped lift the Royals to a competitive
total of 164 for 5.

Tripathi (80*) carried his bat and though he slowed down towards the back end was their at the death with Krishnappa Gowtham smacking a handy 14 off five balls before being run out of the final delivery of the innings trying to sneak a bye.

The Royals got their defence off to a dream start as Gowtham bowled Virat Kohli (4) in the third over.

AB de Villiers and Parthiv Patel then shared a 55 run partnership that looked to have set RCB on the path to victory.

When Parthiv (33) departed though RCB fell to pieces increasing the pressure on De Villiers who could reach fifty but couldn’t take the team home.

De Villiers (53) became Shreyas Gopal’s (4/16) fourth victim and Klaasen’s third stumping and at 98 for 6 they were in deep trouble.

The tail folded and RCB were knocked over for 134 to see them eliminated from IPL 2018.

The Royals will wait on other results to discover if they have secured a place in the playoffs.