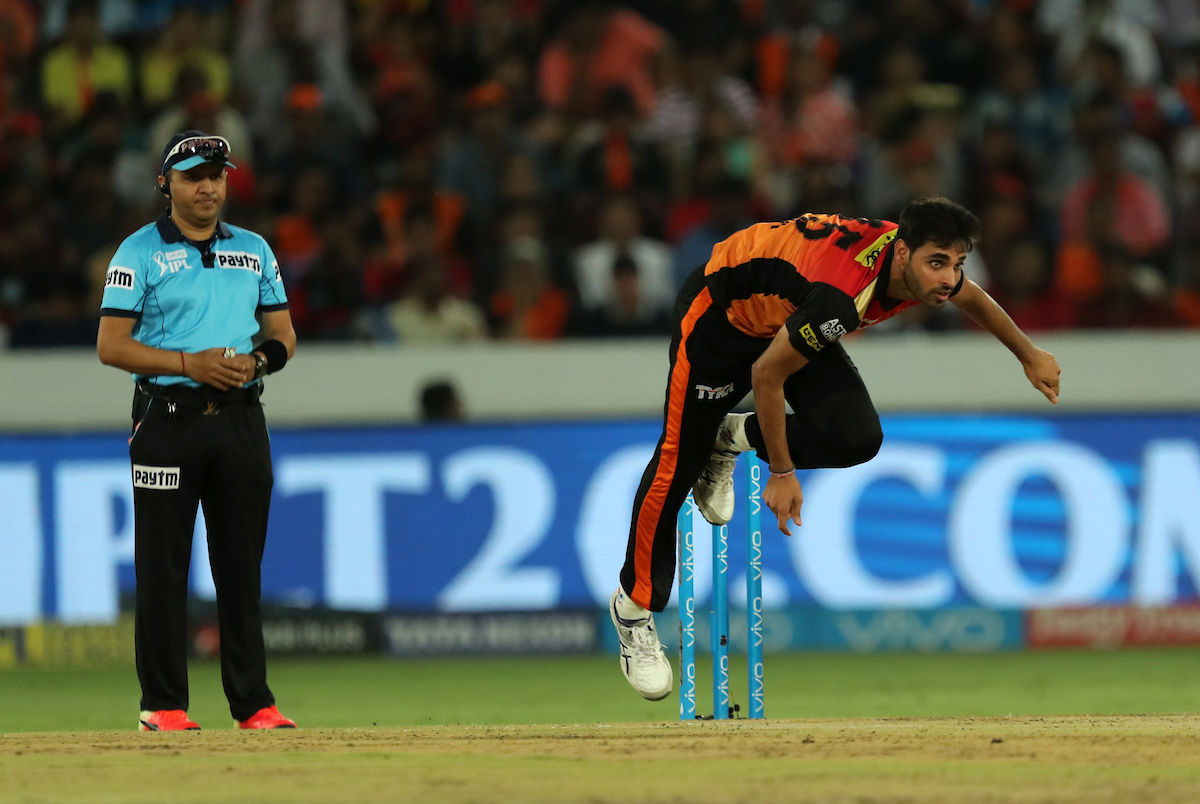 Bhuvneshwar Kumar successfully defended 12 runs in the final over bowling Colin de Grandhomme out off the final ball when the Royal Challengers Bangalore needed six runs to win.

De Grandhomme had give RCB a chance to get past the Sunrisers Hyderabad when he hit Rashid Khan for successive sixes in the 17th over.

The Sunrisers proved again that they are the masters of defending an average total having posted just 146 all out in their twenty overs.

The home side’s innings was built on the bedrock of a fine 56 from skipper Kane Williamson supported by Shakinb-al-Hasan while the rest of the batting faltered again.

Mohammed Siraj (3/25) and Tim Southee (3/30) led the bowling effort for RCB but Sunrisers fans would have felt reasonably assured that their team could do the business on a difficult track at the Rajiv Ghandi international stadium in Uppal.

RCB lost Parthiv Patel (20) after an initial blitz but looked to be settling down when Virat Kohli joined Manan Vohra.

Vohra (8) struggled to score and would be dismissed in a bizarre fashion when he played on a ball that hit his pads and then the back of his bat as he followed through before cannoning into the stumps.

Kohli (39) looked to be RCB’s best hope until a wild shot and sharp catch from Yusuf Pathan gave Shakib (2/36) his second wicket.

AB de Villiers (5) was undone by Rashid’s googly and Moeen Ali (10) played a rash shot after Siddarth Kaul softened him up with a great bouncer.

Mandeep Singh (21*) and De Grandhomme (33) would get the Royal Challengers within striking distance of a first away win but could get over the line and their five run loss leaves them joint bottom on six points.