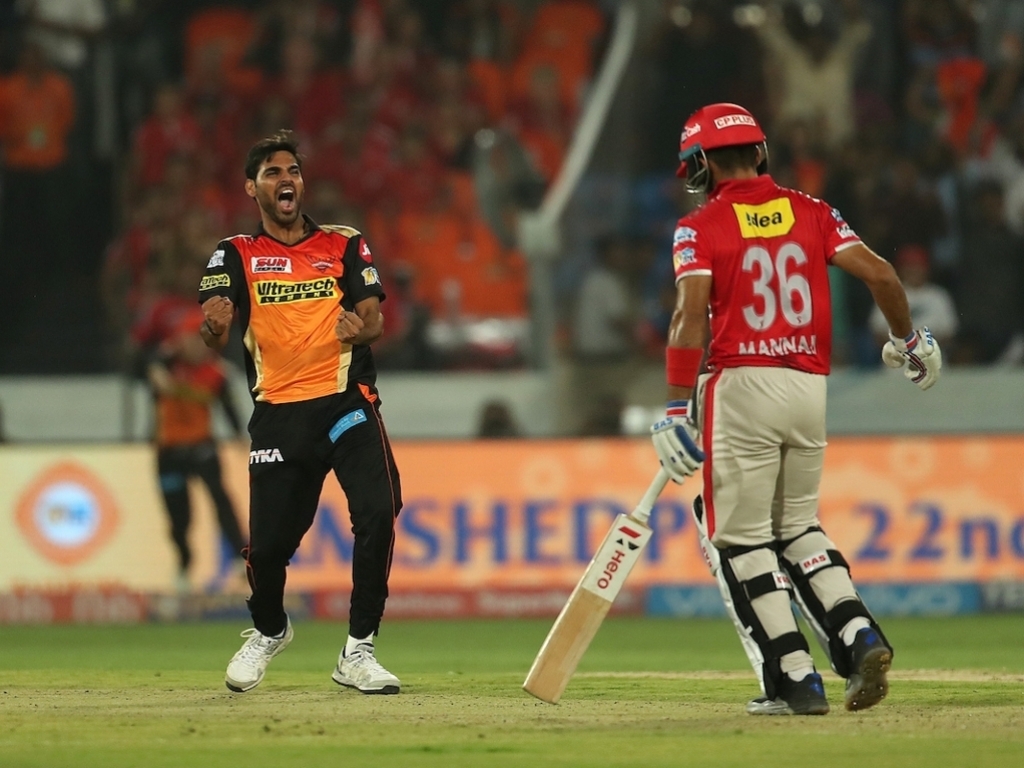 It seemed like the Kings XI Punjab’s visit to the reigning IPL champions the Sunrisers Hyderabad was scripted as Manan Vohra’s day.

Vohra played a lone hand in the Kings XI’s pursuit of 160 hitting 95 off fifty balls and being the only man in the Punjab franchise to pass twenty.

He very nearly got them home as well rallying the tail so well and benefitting from a Shikhar Dhawan dropped catch along the way.

Kumar had struck early in the chase removing Hashim Amla (0) first ball and he would complete a five-for when he trapped his opening partner Vohra leg before in the penultimate over.

The potent Kings XI middle order misfired leaving the team in all sorts but Vohra played a gem of a knock getting them close after Glenn Maxwell (10), Eoin Morgan (13), David Miller (1) and Wriddhiman Saha (0) all fell cheaply.

Vohra played a real gem today such a pity the Kings XI couldn’t get home #IPL https://t.co/T4Ar3mEPd2 #VIVOIPL via @ipl

Earlier it had been another case of an opener playing a massive knock with David Warner carrying his bat to end on 70 not out with the skipper left to deal with a revolving door down the other end.

Naman Ohja (34) was the only other batsman to pass 20 for the Sunrisers and his stand of sixty with the skipper ensured the innings had some sort of platform to launch from.

Rashid Khan smashed the final ball of the innings for six and given the marging of victory was just five runs that proved to be a key blow from the Afghan star.

Mohit Sharma would end as the pick of the Kings XI bowlers with figures of 2 for 25 from his four overs.

Khan (2/42) and his Afghan teammate Mohammad Nabi (1/28), who was making his IPL debut, struck to remove the middle order and leave the Kings XI reeling at 62 for 5.

Vohra was inspired though and brilliantly marshaled the tail around him as they closed in on the target.

The Kings XI would have fancied themselves for the win after Vohra dismantled Khan in his last over taking the leggie for 20 to make the equation 35 to win off 24 balls.

Bhuvneshwar had other ideas removing Mohit Sharma (10) in the 17th over before bowling Cariappa (1) off the first ball of the nineteenth over.

Kaul wrapped up the win in the final over but Bhuvneshwar’s 5 for 19 earned him the man of the match award.