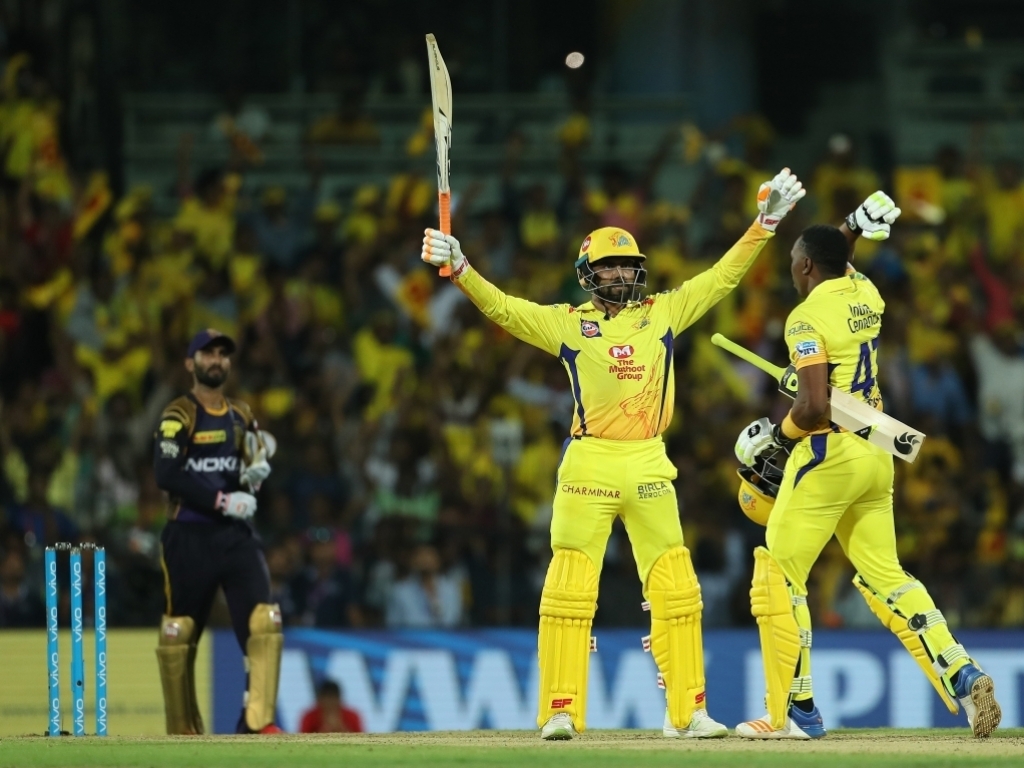 The Chennai Super Kings made it two wins out of two in the India Premier League (IPL) when they beat the Kolkata Knight Riders by five wickets in a thrilling game on Tuesday.

Chasing a hefty target of 203, the Super Kings got over the line with one ball when Ravindra Jadeja (11 not out) smacked Vinay Kumar over long-on for six.

The victory was set up by some excellent batting upfront as openers Shane Watson (42) and Ambati Rayudu (39) put on 75 inside the first six overs.

The momentum gained from the opening pair was carried on by Sam Billings as the Englishman hit 56 off just 23 balls and kept hit team in the game after the also the wickets of experienced duo Suresh Raina (14) and skipper MS Dhoni (25).

Billings was out in the penultimate over with 21 still needed but Dwayne Bravo (11 not out) and Jadeja made it a perfect start for the men in yellow as they got home with a ball to spare.

Earlier, Andre Russell produced some of the finest six-hitting ever seen in the 11 years of the IPL as Kolkata reached 202/6 in their 20 overs.

The West Indies was brutal as he struck 11 towering sixes as he made his way to an unbeaten 88 off just 26 balls.

The rest of the order flattered to deceive as there other smaller contributions by captain Dinesh Karthik (26) and Robin Uthappa (29).

There were 31 sixes hit in the game which was a record for an IPL game.