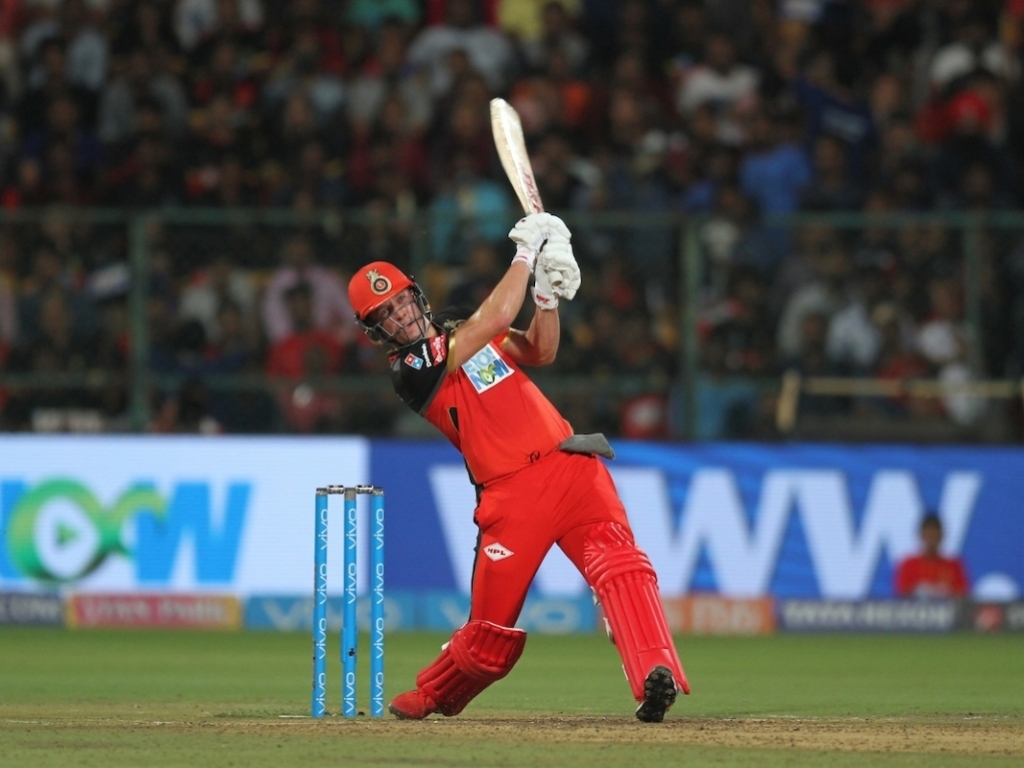 As is so often the case AB de Villiers appeared to be batting on a different surface to everybody else at the Chinnaswamy stadium as the Royal Challengers Bangalore downed the Delhi Daredevils by 6 wickets.

The Daredevils posted a gettable looking 174 for 5 but had a flying finish to thank for the size of their score.

The Delhi franchise lost Gautam Gambhir (3) and Jason Roy (5) early but after a period of consolidation Shreyas Iyer (52) and Risabh Pant (85) eventually lifted the scoring rate and though both would fall the target might have proven tricky on a slowish surface had it not been for the Proteas dynamo.

Yuzvendra Chahal (2/22) was the pick of the RCB bowlers but was denied a fourth over with Virat Kohli opting to use Corey Anderson to bowl the final over of the innings which went for ten runs and yielded the wicket of Pant.

RCB openers Manan Vohra (2 off five balls) and Quinton de Kock (18 off 16 balls) struggled at the outset before Kohli and De Villiers brought calm assurance to the middle, albeit that the India skipper had run out the Proteas wicketkeeper batsman in a dreadful mix up.

The pair put on 63 for the third wicket which took RCB to 92 for 3 in the 11th over with Kohli (30) falling victim to a spectacular catch by Trent Boult on the boundary.

De Villiers would keep going assisted at first by Anderson (15) until the Kiwi was castled by compatriot Boult after a 56 run stand for the fourth wicket.

At the death Mandeep Singh assumed the boundary hitting responsibilities hitting Chris Morris for a six and a four in the 17th over of the chase.

RCB faced a simple equation of 12 runs to win off the final 18 balls.

De Villiers would end 90 not out with Mandeep on 17 down the other end as the South Afrrican struck the winning runs.