Gambhir left in awe of openers 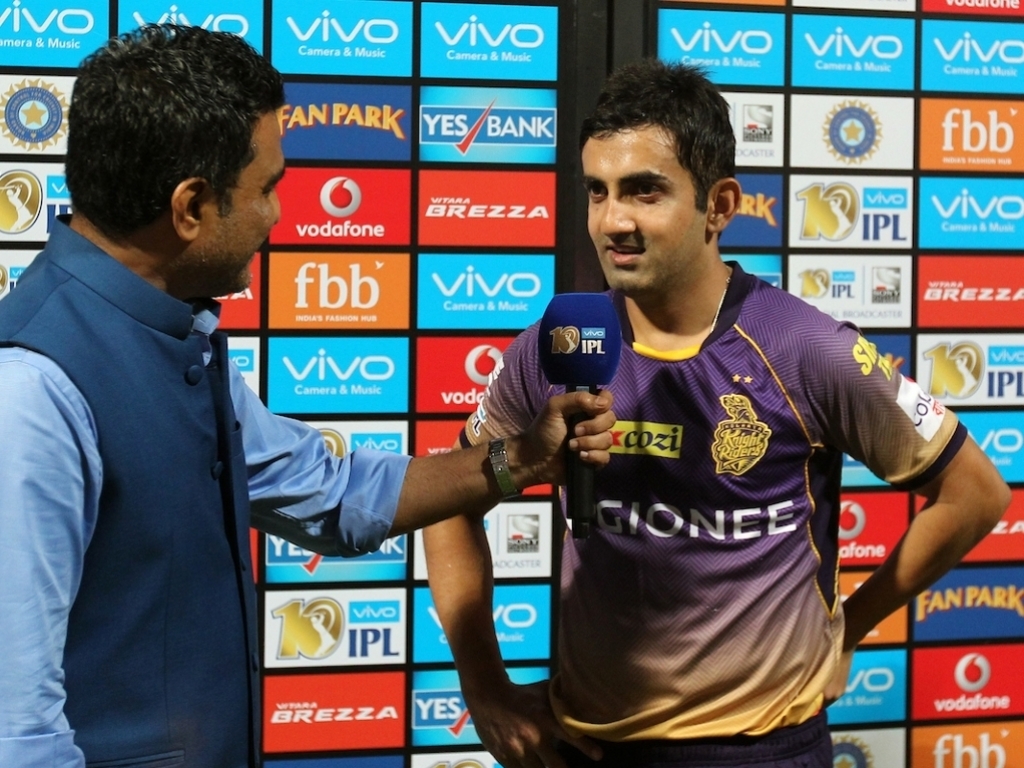 Lynn and Narine blasted a record 105 runs in the six over powerplay with the West Indies man leading the way with 54 off 16 balls before the 17th undid him.

Both men hit four sixes apiece with three of Narine's maxium's coming in one Samuel Badree over.

Narine has been used to great effect by KKR up the order while Lynn has been out injured but with both in the lineup the team now look to be one of the favourites to take the title.

Gambhir said after the match: "I haven't seen such a partnership. Unbelievable effort. You don't expect people to get 105 in 6 overs.

"I reckon Lynn is the hardest hitter of the ball in international cricket. He showed how mentally tough he is to come back from an injury and bat like this.

"It was a team decision to send Narine up the order because he would hardly bat at No. 6 or No. 7. We also though it would make it easy on Lynn to take his time at the other end on his return."

Narine earned the man of the match award having chipped in with the ball claiming the wickets of Manish Pandey and AB de Villiers.

The West Indies tweaker described the win as a team effort giving credit to Umesh Yadav for his bowling performance.

Narine said while accepting his man of the match award: "I'm surprised too. Lynn just said keep your eyes on the ball, keep focussed and swing at it. I try to keep it simple. I'll hopefully get used to the expectations but it really was a team effort. Umesh's wickets early especially were key and I'm thankful for it."

KKR are now second and look to be in a great position to secure a spot in the first qualifier, where first and second on the table play off for direct qualification to the final.