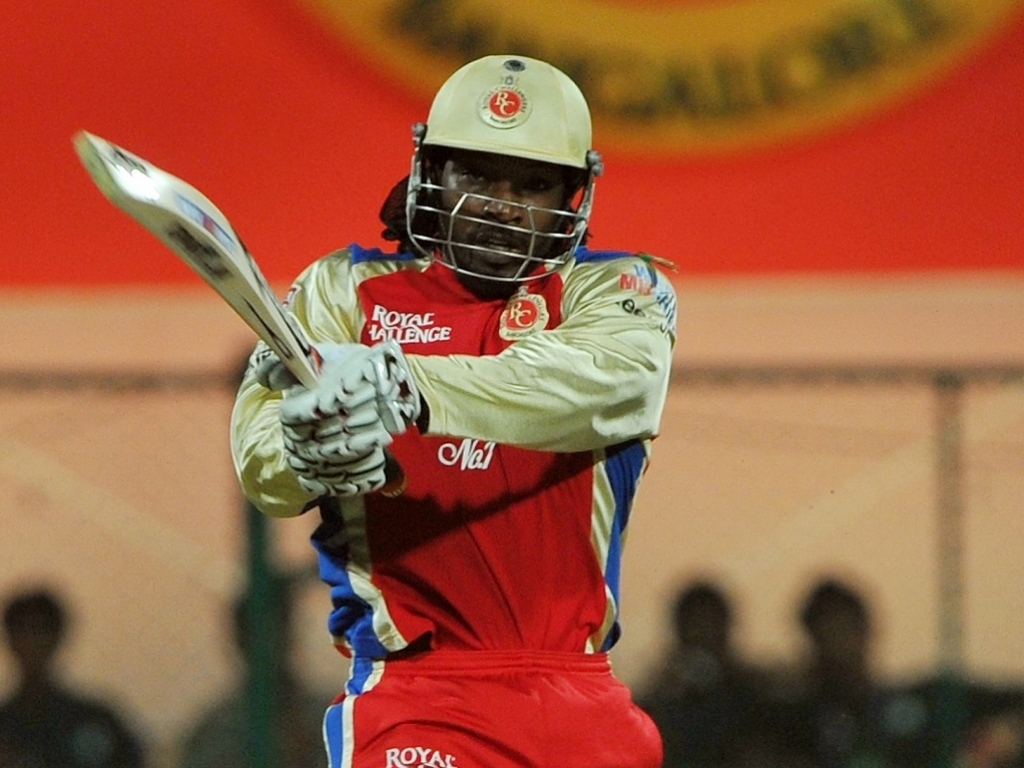 Chris Gayle returned to form in stunning fashion with a 38-ball 77 to lead Royal Challengers Bangelore to a revitalising 21 run win over Gujarat Lions at Saurashtra Stadium on Tuesday.

RCB snapped a three-match losing spree after batting first and setting an imposing 213/2 with Gayle’s knock ably supported by Virat Kohli’s 64 off just 50 balls as well as Travis Head’s 30 and Kedar Jadhav’s 38, both left unbeaten having faced 16 balls apiece.

It had felt an eternity since Gayle had last come good, 17 matches since his last 50 in fact, but when he turns up in a mood like that, it becomes very difficult for the bowling side no matter what the conditions.

Brendan McCullum did his best in reply, smashing 72 off 44 balls, including seven sixes, to give the Lions a fighting chance.

However, Yuzvendra Chahal (3/31), who claimed the early scalp of Dwayne Smith, bounced back well from the early battering he received to also dismiss McCullum and Suresh Raina who came in at number three.

From there, it was an effort of attrition from Bangelore, as the home side did their best to keep up with the intimidating run rate, but lost wickets at key intervals to make it seem constantly out of site.

Pawan Negi also did a remarkable job of keeping it tight against McCullum, finishing with figures of 1/21 off his four overs.

A late cameo from Ishan Kishan saw him race to 39 off just 16 balls and gave the fans something to cheer, but it proved to be too little, too late for the hosts, who remain rooted to the foot of the Indian Premier League standings.