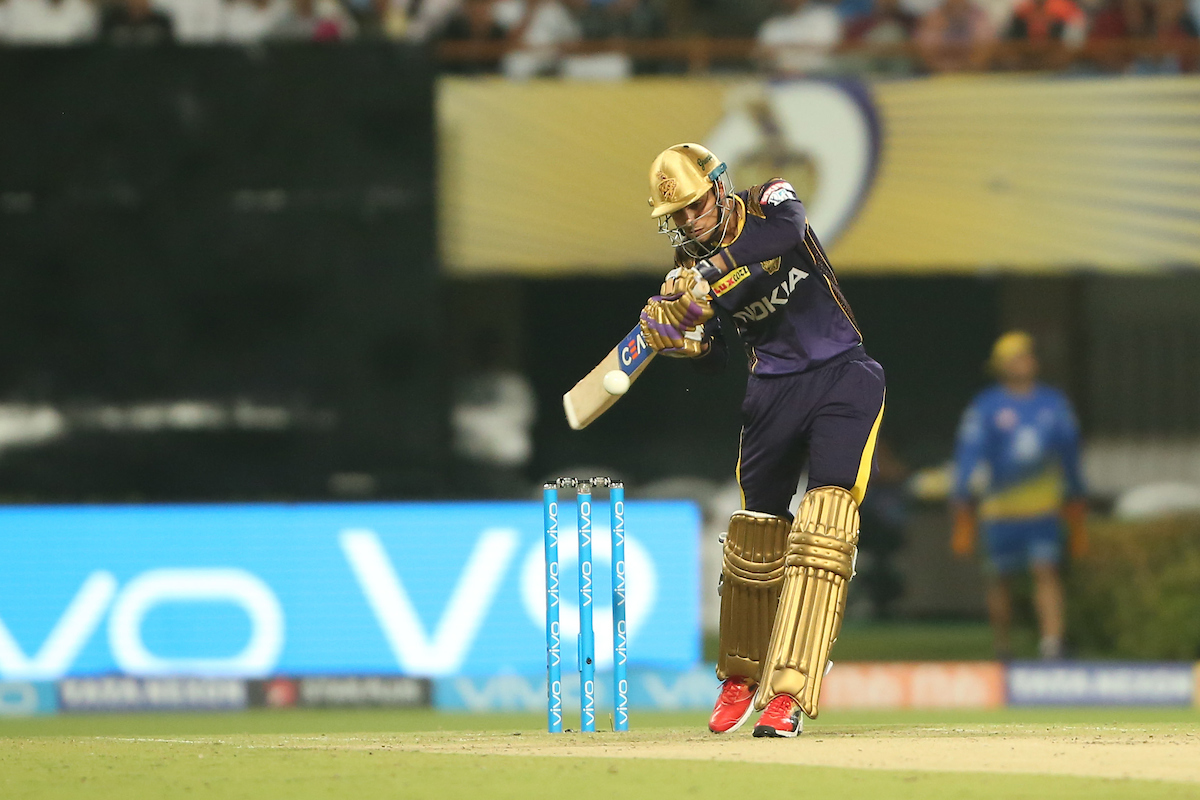 One of India’s brightest young talents Shubman Gill recovered from dropping a catch in the Chennai Super Kings innings to hit a fifty that steered the Kolkata Knight Riders to a six wicket win at Eden Gardens.

KKR won the toss and elected to field first with CSK choosing to use Shane Watson and Faf du Plessis as their openers.

Du Plessis (27) was the more aggressive of the two initially, riding his luck, before being bowled by Piyush Chawla in the final over of the powerplay.

CSK would reach 57 for 1 after the first first six overs but looked like they would get up to a big target when Suresh Raina (31) joined Watson (36) to guide them to 91 before the latter was caught by Shivam Mavi off the bowling of Sunil Narine.

Narine went for just 20 in his four overs and bagged two wickets to pull back the Super Kings effort despite an unbeaten 43 from MS Dhoni.

In response KKR came out the gate swinging with Chris Lynn smacking Lungi Ngidi for two sixes before the bowler got his revenge.

Narine hit 32 off twenty balls and took riding your luck to a new level playing plenty of agricultural shots and being dropped twice before Ravindra Jadeja, one of those guilty of letting him slip, accounted for him caught by Dwayne Bravo.

The captain and the youngster would clinically chase down the total to avenge their defeat to the Super Kings earlier in the campaign.

The victory keeps KKR well and truly in the mix in third place on the log while CSK slip to second behind the Sunrisers Hyderabad who have a game in hand.