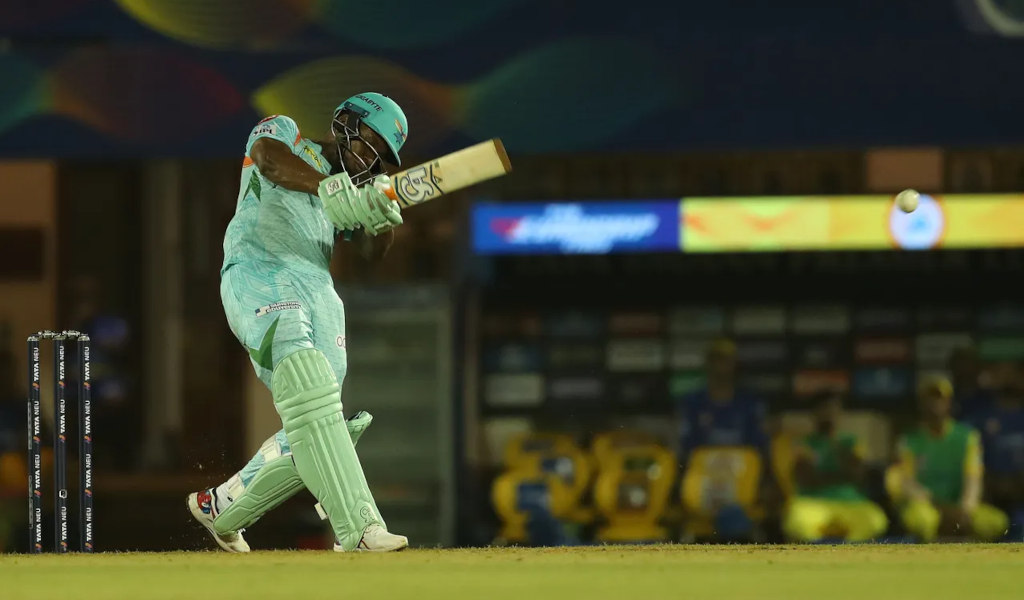 CSK scored 210-7 after they were asked to bat Thursday but it wasn’t enough to get the win.

It was the first victory for KL Rahul-led Lucknow.

The Super Giants lost their opening match to Gujarat Titans, the other débutants in the expanded 10-team tournament, on Monday.

Lewis hit three sixes and six fours in the last over win after openers Rahul, who scored 40 off 26 balls, and Quinton de Kock, 61 off 45 balls, set a solid base with their 99-run stand.

South African all-rounder Dwaine Pretorius put the brakes on the Lucknow chase after removing both openers in his tight four-over spell for 31 runs.

It was a tough chase for Lucknow till the penultimate, and most decisive, over of the match which was bowled by all-rounder Shivam Dube, who leaked 25 runs in his only over the game.

Lewis and IPL rookie Ayush Badoni, who scored 19 off 9 balls with two sixes, hit nine runs in the 20th over to secure victory with three balls to spare.

Dube started the day with 49 off 30 balls before falling to Avesh Khan’s pace while trying to hit a third six.

Former India opener Robin Uthappa gave a flying start to Chennai with 50 off 27 balls, with eight fours and a six, before falling to rookie leg-spinner Ravi Bishnoi.

Bishnoi was the best Lucknow bowler and gave away only 24 runs for two wickets in four overs.

England’s Moeen Ali, who joined Uthappa after his opening partner Ruturaj Gaikwad was run out for one, hit 35 off 22 balls with two sixes before falling to wayward Khan.

Khan took two wickets and gave away 38 runs in his four overs.

It was a forgettable day for Sri Lanka’s Dushmantha Chameera who gave away 49 runs in four wicketless overs for Lucknow.

The other two Lucknow spinners — Krunal Pandya and Deepak Hooda — bowled four wicketless overs between them for 48 runs.

Chennai, who went down to Kolkata Knight Riders in the IPL opener, have now lost their first two matches of the tournament under new skipper Jadeja who has taken over from Mahendra Singh Dhoni.

“We had a very good start, but in the field you have to take catches to win matches. We could have taken those chances,” Jadeja said after the loss.

“There was a lot of dew, the ball was not sticking to the hands, we will have to practice with the wet ball,” he added.