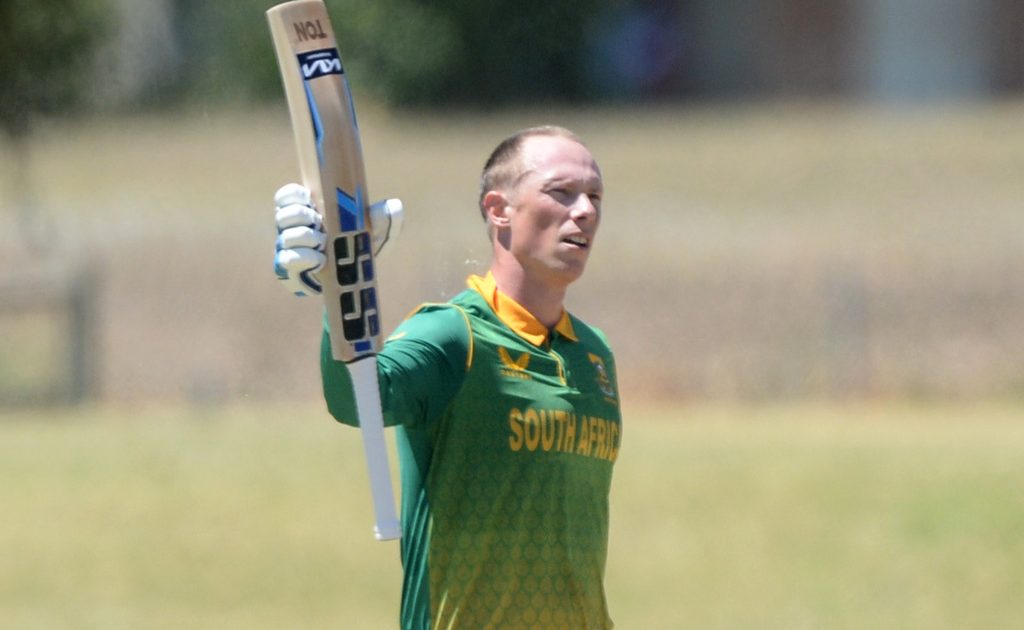 South Africa batsman Rassie van der Dussen has been something of a late bloomer in international cricket.

He first established himself as one of the premier batsmen in domestic cricket over a number of years, before getting his shot in the Proteas T20 side late in 2018, and the one-day side at the start of 2019.

Having impressed in the white-ball game, he got an opportunity to play Test cricket, and has since established himself as one of the most reliable batsmen in the world.

Van der Dussen will also get a chance to showcase his abilities in this season’s Indian Premier League, after being picked up by Rajasthan Royals in the extended draft last weekend.

In fact, he would have played been included in the Royals squad as a replacement for Ben Stokes, but could not get a ‘No Objection Certificate’ from Cricket SA.

“I’ve been a Rajasthan fan since the early days when Graeme Smith and those guys played there,” Van der Dussen said from Christchurch on Wednesday.

Smith was part of the Royals squad captained by Shane Warne which surprisingly won the inaugural IPL in 2008.

Among the players Van der Dussen will share a dressing room with will be New Zealand trio Trent Boult, Daryl Mitchell and Jimmy Neesham, as well as Indian off-spinner Ravichandaran Ashwin and England star Jos Buttler.

“There are world-class players there, and it will be an honour to play with those guys,” he added.

“It’s been a long time coming. Early on in my career I was an opener and then moved to the middle order and I had to adjust my game.

“I feel that at this stage of my career I have all those aspects covered in terms of batting anywhere from 1 to 5.

“Playing in different conditions in the last few years has helped, I feel I’ve adapted well and that is key for a batter to adapt, and have a particular set of skills for all aspects, which you can call upon when it is needed.

“Throughout my career, and it is the same with the IPL, I’ve had to wait quite a long time to get those opportunities.

“So this has followed the same path as my international career from domestic cricket.

“I don’t see it as reward, I see it as another challenge in my career. Hopefully I get an opportunity and can be successful in another avenue of our game.”

Whilst this year’s IPL is set to start on April 2, the Proteas Test contingent will only join later, as they first have a series against New Zealand and then Bangladesh to complete.

Van der Dussen, along with Lungi Ngidi will be committed to the Proteas until the Bangladesh series finishes on April 12.