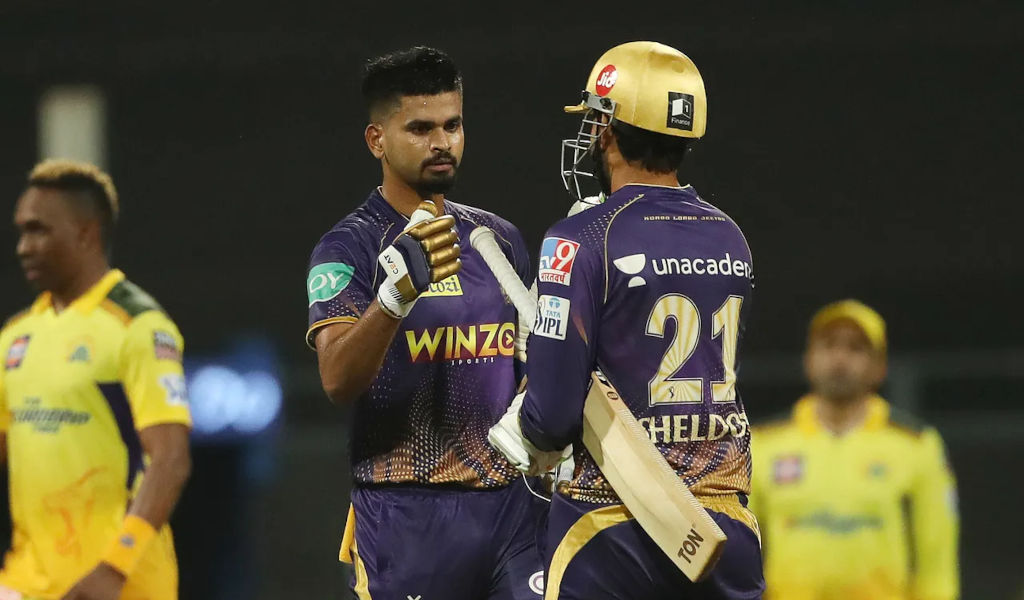 Shreyas Iyer started his stint as captain of the Kolkata Knight Riders with a victory over defending champions Chennai Super Kings.

The skipper was at the crease when his team got over the line, after winning the toss and putting CSK in to bat.

The spongy nature of the pitch surprised Shreyas, who grew up batting at the Wankhede.

Umesh Yadav also impressed his new skipper with a man of the match performance.

Shreyas was concerned that MS Dhoni would do more damage at the backend.

The KKR skipper hopes to keep this momentum going and get results to repay the faith shown in him.

Speaking after the win Shreyas said: “There’s always tension when MS Dhoni is batting, especially in the last three overs when the dew is coming.

“The franchise has been supportive, right from the CEO and support staff.

“We just have to carry the momentum from here.

“It was definitely spongier than we imagined.

“I’ve grown up playing here and I thought the wicket would be flat.

“Umesh has been working very hard at the nets and practise session. Chuffed to see him perform at his best today.”

CSK also have a new captain in Ravindra Jadeja, who lamented his team’s slow start.

Jadeja feels that the toss will be key in matches played at the Wankhede.

He said: “I think dew will be vital and it will play a part. If you win the toss, you will definitely look to bowl first. In the first six overs, it was damp and in the second half, the ball was coming on. We were looking to drag the game as deep as we can.”

Jadeja was impressed with the fight his team showed with the ball after putting up a modest total of 131 for 5 in their 20 overs.

Dwayne Bravo left his mark with a brilliant spell of 3 for 20, but it wouldn’t be enough.

“Bravo bowled brilliantly and everybody did a good job with the ball. As a batting unit, we didn’t get partnerships. We will try to do better next game.”

KKR are back in action on Wednesday when they face Royal Challengers Bangalore.

CSK will look to bounce back when they face Lucknow Super Giants on Thursday.