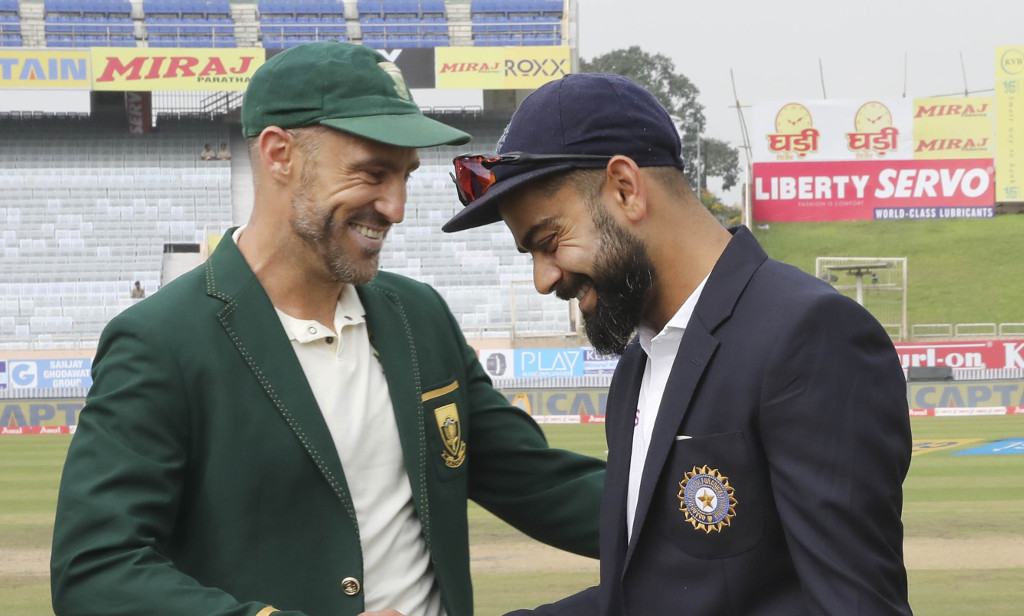 Former Royal Challengers Bangalore captain Virat Kohli has spoken highly of Faf du Plessis’ leadership skills and how they were a key reason for the South African’s acquisition.

Kohli has been with RCB since the IPL’s first edition in 2008, and became skipper in 2013, although he relinquished the captaincy at the end of last season.

That left a leadership void in the RCB squad, and the former Proteas captain was purchased by the franchise for Rs 7 crore in the mega auction last month.

“Getting Faf at the auctions for us, the plan was very clear. We need a leader in the change room who commands a lot of respect. Commands not demands, because he has been there done that,” Kohli said in a video posted by RCB’s Twitter handle.

King Kohli talks about his renewed energy, the confidence he has in Faf, and more on @kreditbee presents Bold Diaries.#PlayBold #WeAreChallengers #IPL2022 #Mission2022 @imVkohli pic.twitter.com/QQlaAFTpuO

“He’s a Test captain, that profile comes with a lot of accolades already and we are excited for him to lead RCB. He will do a tremendous job. We get along really well with him, all of us myself Maxi (Glenn Maxwell) Dinesh Karthik and I think all the guys will enjoy this tournament.

Kohli, who also resigned as India’s Test and limited-overs skipper recently, joined the RCB training camp with the rest of the squad on Monday.

“It’s unbelievable IPL has come this far. [I’m here with] renewed energy because I’m off a lot of responsibilities and duties and life is in a very good place,” he added.

“For me, it’s all about going about life with a lot of joy and happiness.

“My focus is so clear, it’s so precise what I want to do – have a lot of fun and enjoy myself on the field and give myself fully to this team, like I have for many years, without any load.”