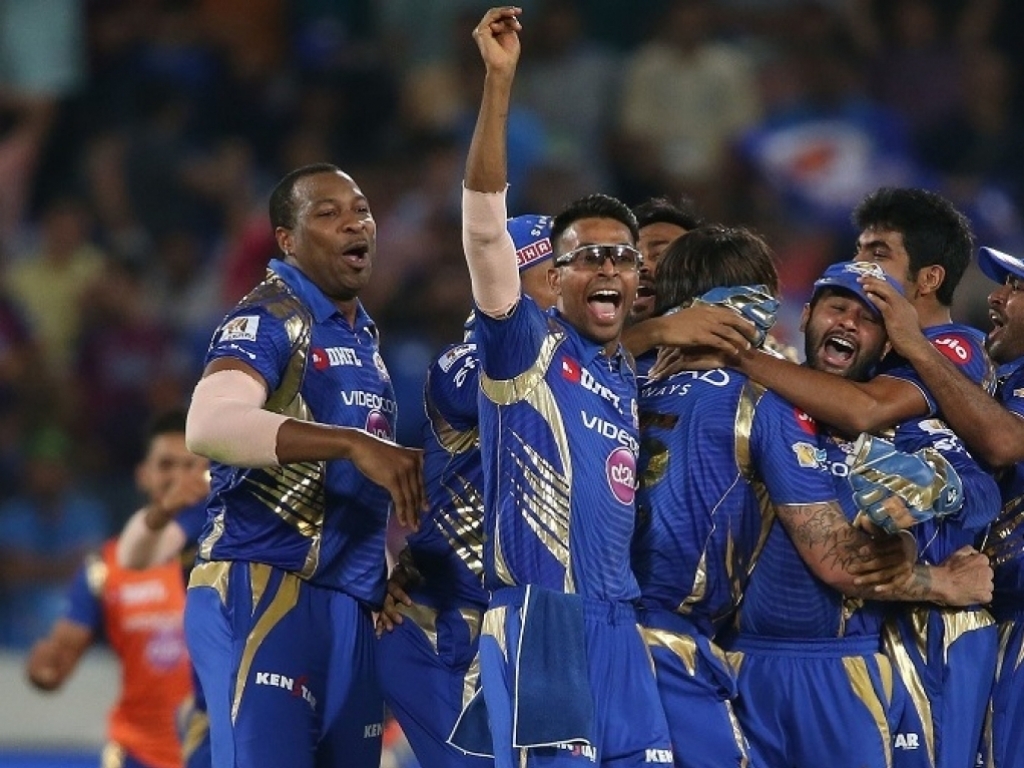 Mitchell Johnson bowled a superb final over as the Mumbai Indians were crowned Indian Premier League champions after a tense one-run victory over the Rising Pune Supergiant in Hyderabad on Sunday.

However opening batsman Ajinkya Rahane (44) was caught by Kieron Pollard off the bowling of Johnson in the 12th over that seemed to bring the men in blue back into  the game.

Pune captain Steve Smith was taking his time at the crease, no doubt anticipating a big finish, while MS Dhoni (10) fell with four overs remaining, caught behind off the bowling of Jasprit Bumrah.

It was all up to skipper Smith to see his team home as the game came down to the last three overs and Pune needing 30 runs to win.

Lasith Malinga only conceded seven runs, which included a four by Smith, as the game went into the penultimate over with the batting side requiring another 23 runs.

After conceding four consecutive singles, Bumrah was smashed for a six straight over his head by Smith as it came down to the last over with Pune now needing 11 runs for victory.

It seemed Pune were favourites to snatch the trophy when Manoj Tiwary hit a four off the first ball but Johnson held his nerve as he dismissed both Tiwary (7) and Smith (51) off consecutive balls.

Needing four off the final ball, Dan Christian was run-out going for a third run to give Mumbai their third IPL title.

Earlier, Krunal Pandya scored a crucial 47 as Mumbai recovered from being 79/7 to post a respectable total.

The only other contributor of note was skipper Rohit Sharma, who made 24, while the Pune bowlers, led by left-arm seamer Jaydev Unadkat (2/19 off four overs), put in a disciplined effort.