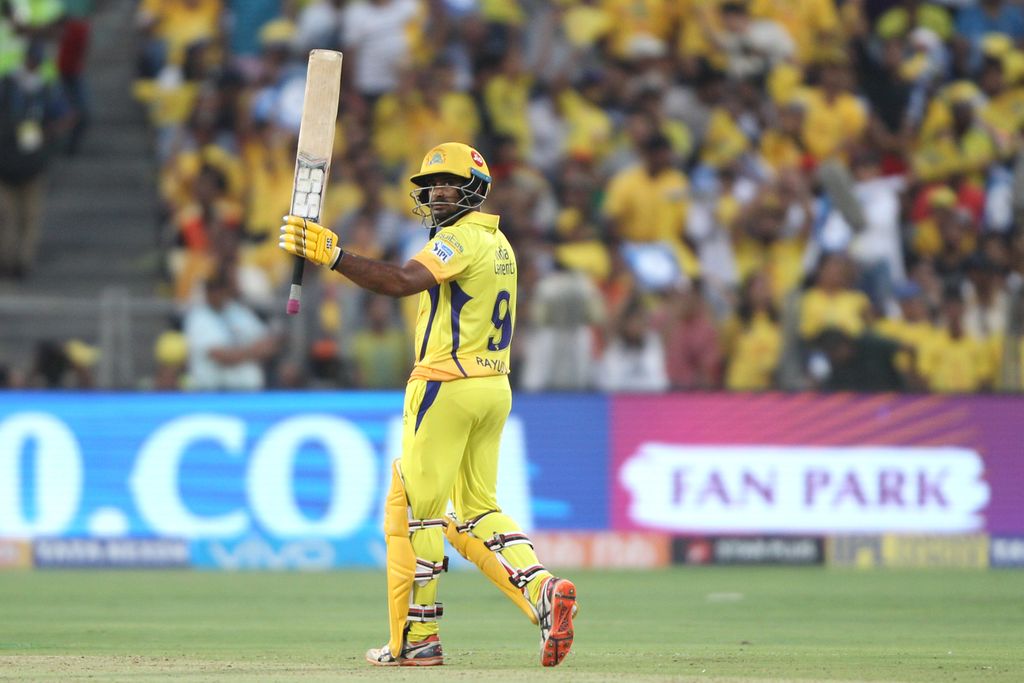 Ambati Rayudu smashed his first century in T20 cricket to lead the Chennai Super Kings to an eight-wicket victory over the Sunrisers Hyderabad in an Indian Premier League (IPL) game in Pune on Sunday.

Opener Rayudu has been one of the form batsman in this season’s IPL and he continued that good form as he struck 100 not out off just 62 balls as Chennai chased down a target of 180 with only two wickets down.

Shane Watson gave Rayudu good support with the Australian striking 57 and the duo putting on 134 for the first wicket to get the run-chase off to the perfect start for the men in yellow.

Suresh Raina (2) went cheaply but captain MS Dhoni (20 not out) was with Rayudu at the end as Chennai won with an over still to spare.

Earlier, Shikhar Dhawan and Kane Williamson hit half-centuries as the Sunrisers scored 179/4 in their 20 overs.

Dhawan top-scored with 79 off 49 balls while New Zealand skipper Williamson hit 51 as the Sunrisers set a total that was just within par ultimately was not enough.

Despite the defeat, the Sunrisers still remain at the top of the IPL table with Chennai still in second spot but only now two points behind.