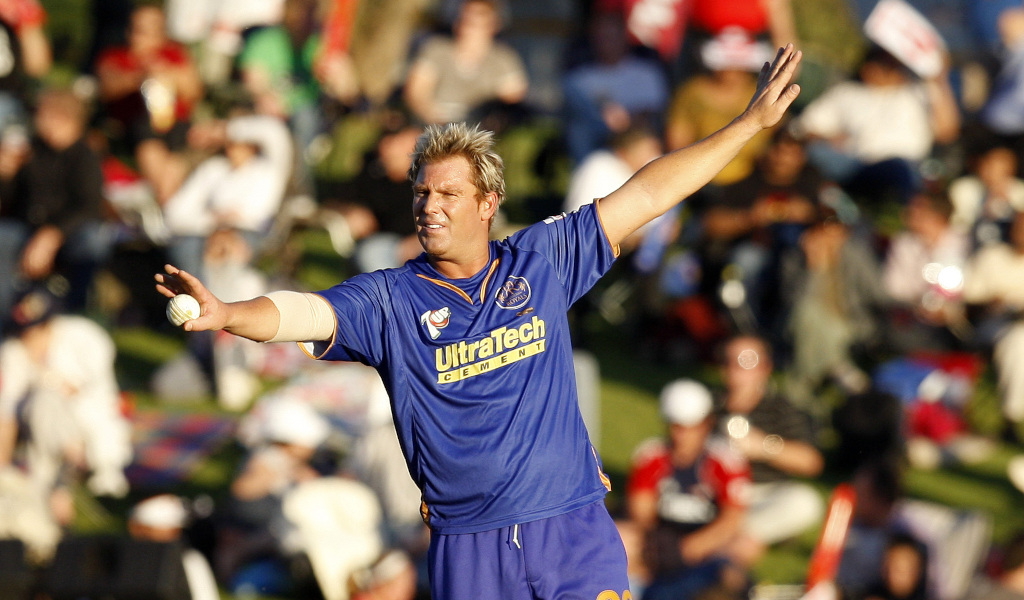 Much will be made of Shane Warne‘s immense contribution to Australian and international cricket, and rightly so, but let’s not forget his important role in the initial development of the Indian Premier League.

The tournament was in its infancy in 2008 and, despite the multi-million dollar backing of Bollywood stars vast and varied, needed cricket personalities to buy into its value off the field and ensure the beginnings of its longevity.

The Rajasthan Royals invested faith and millions into Warne, who was appointed player-coach. The dual role expected plenty of Warne, who was the only non-Indian captain among the eight franchises.

Shane Warne in the IPL

He had a cosmopolitan mix of overseas players at his disposal at the time, including fellow Australians Shane Watson and Darren Lehmann, South African duo Graeme Smith and Morne Morkel and Pakistan trio Kamral Akmal, Younis Khan and Sohail Tanvir.

Yes, the Board of Control for Cricket in India were allowing Pakistan players to participate in the IPL at the time – this is no longer the case – and Warne had a big role to play in the management of the Indo-Pakistani relations.

He didn’t have any Indian stars in the squad. Fast bowler Munaf Patel was the closest Rajasthan had to a big local name, while all-rounder Ravindra Jadeja was only 19 years old and not nearly close to the international talisman he is today.

Warne made it all work, galvanising a veritable motley crew of players still getting to grips with the T20 format and the burgeoning brand of domestic franchise cricket on a global stage.

The Royals finished at the top of the table on the back of 11 victories in 14 matches. Their three losses were against the Delhi Daredevils, Kings XI Punjab and Mumbai Indians, all of who had little-known Australian domestic cricketers in the squads. Warne, indeed, at least in part, was also responsible for countrymen Brett Geeves, Luke Pomersbach and Dominic Thornely’s introduction to the IPL.

Rolling back the years

Warne was among the top five wicket-takers in the tournament’s first year. He snared 18 in 15 matches, jostling for wickets and position alongside fellow Australia and Rajasthan team-mate Watson throughout. Watson finished the 2008 IPL as the Player of the Tournament amid hefty contributions with the bat.

Warne didn’t take a wicket in the final, but fittingly was at the crease when the winning runs were struck to ensure the Royals’ victory over the Chennai Super Kings on that famous first day of June, 14 years ago, at the Wankhede Stadium in Mumbai.

“I don’t think there’s been too many better teams that I’ve played in during my career,” he said after the match – not empty lip service, but a sincere statement from a man who had played 140-plus Tests alongside and against many greats.

Warne joins a tragic list of Australian cricketers taken far too early, including Dean Jones in 2020 and Rod Marsh just this week. May he and them rest in peace.