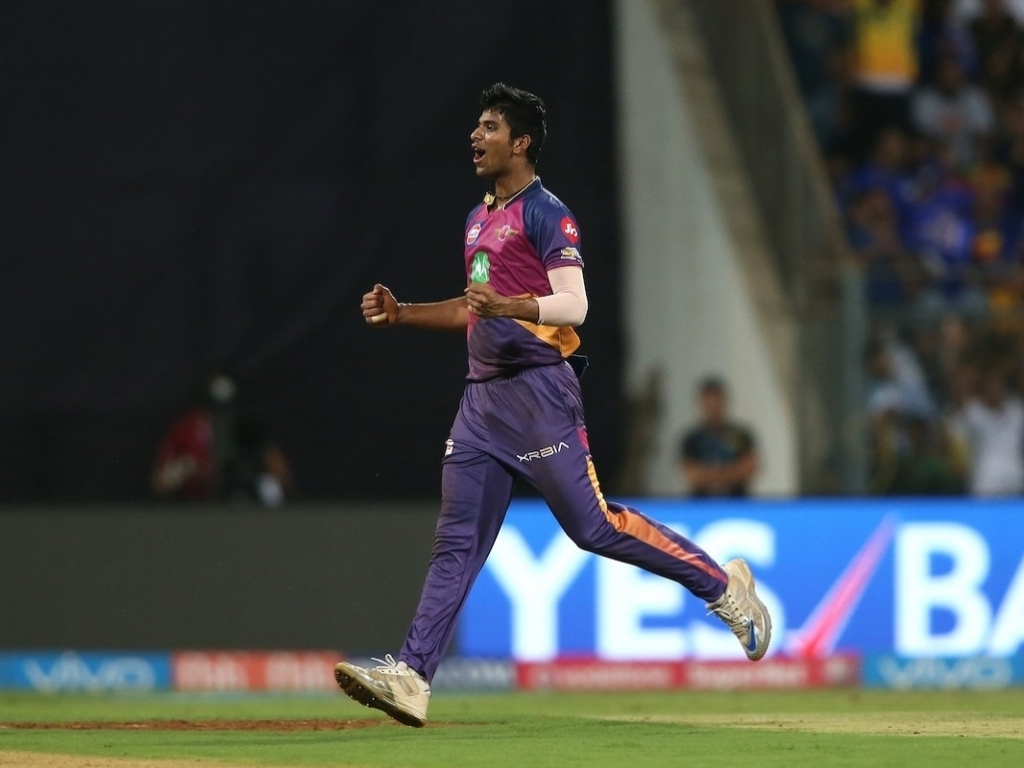 The Rising Pune Supergiant completed a relatively straightforward 20 run win over the Mumbai Indians at the Wankhede Stadium on Tuesday.

RPS posted a total of 162/4 that appeared to be just about par but only got there with an explosive finish.

The RPS innings appeared to drift along rather aimlessly after the loss of two early wickets with Ajinkya Rahane and Manoj Tiwary rebuilding.

Mitchell McClenaghan bowled opener Rahul Tripathi (0) off the final ball of his first over before Steve Smith (1) skied Lasith Malinga to Hardik Pandya.

Rahane (56) and Tiwary (58) stuck it out together for a 80 run stand that consumed just over ten overs.

The innings was set up well for finisher MS Dhoni, and despite not looking in his best form smashed 40 off 26 balls.

McClenaghan bowled a horror nine ball over in the 19th where Dhoni and Tiwary launched him for 26 runs which let RPS off the hook.

In reply Mumbai found themselves in deep trouble early and only a well-played 52 from Parthiv Patel added an air of respectability to their chase.

A brilliant spell from Washington Sundar that saw him return figures of 3 for 16 from his four overs and shred the Mumbai Indians chances of a win.

In the end the chase fizzled out despite some late hitting from Jasprit Bumrah and McClenaghan.

Losing skipper Rohit was naturally disappointed saying after the match: “I think 160 was below par to be honest, having seen the scores chased here. Probably the worst batting performance of this season for us.

“We didn’t have enough partnerships, it’s crucial to get small partnerships in. They bowled well to restrict us and to take wickets in the middle overs.

“Shot selection is very important. you need to understand the situation and the conditions and respect them. You’ve to pick the gaps and take it to the end and we didn’t do that. It’s not the end of the world, we still have one more shot in Bangalore.”