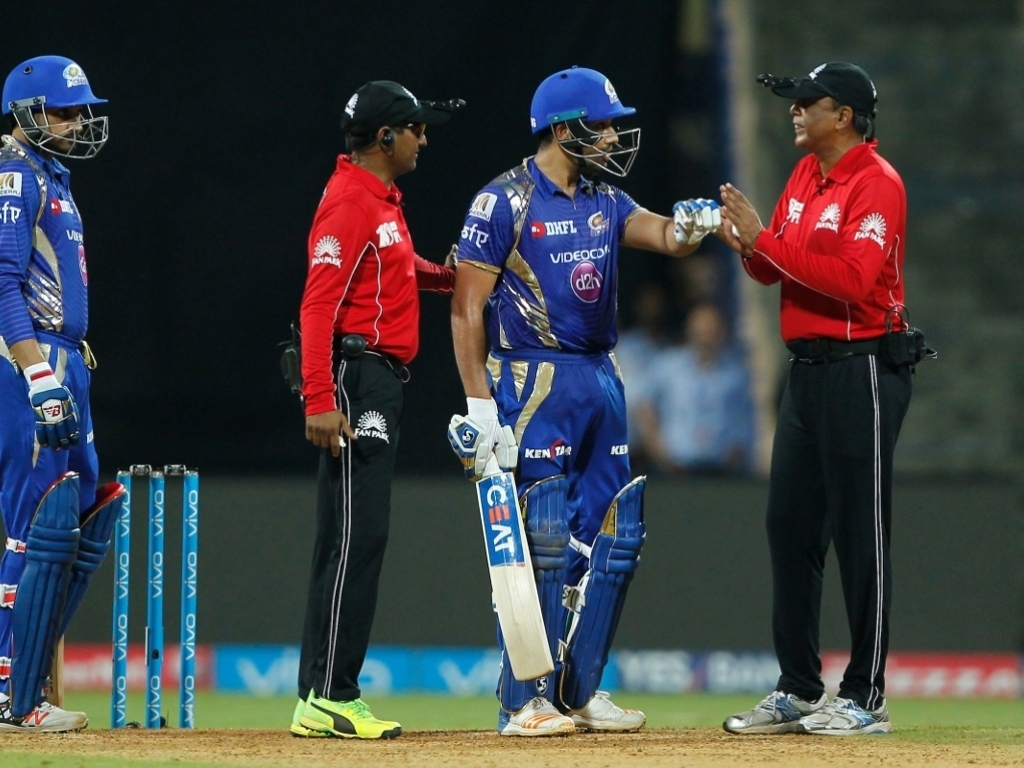 Mumbai Indians skipper Rohit Sharma has lost half of his match fee for showing dissent during the three run defeat they suffered to Rising Pune Supergiant at the Wankhede Stadium.

Rohit admitted to the Level 1 offence 2.1.5 of the IPL Code of Conduct for Players and Team Officials and was fined 50% of his match fee by match referee Javagal Srinath.

The incident in question took place during the final over of the Mumbai Indians chase of 161.

Rohit was fuming that a delivery from Jaydev Unadkat was not called a wide despite passing the batsman well wide of the guideline for wide deliveries.

Umpire S Ravi did not call a wide as Rohit had shuffled across his stumps and the bowler had sent his slower ball well wide.

ICYMI the highlights of RPS's win over MI https://t.co/i3Ishw1Fqi #VIVOIPL via @ipl

The square leg umpire A Nand Kishore intervened when Rohit became animated in his remonstrations.

Article 2.1.5 of the IPL code of conduct addresses “(a) excessive, obvious disappointment with an umpire’s decision; (b) an obvious delay in resuming play or leaving the wicket; (c) shaking the head; (d) pointing or looking at the edge of his bat when given out lbw; (e) pointing to the pad or rubbing the shoulder when caught behind; (f) snatching the cap from the Umpire; (g) requesting a referral to the TV Umpire and (h) arguing or entering into a prolonged discussion with the Umpire about his decision. It shall not be a defence to any charge brought under this Article to show that the Umpire might have, or in fact did, get any decision wrong”.

For Level 1 breaches of the IPL Code of Conduct, the Match Referee’s decision is final and binding.