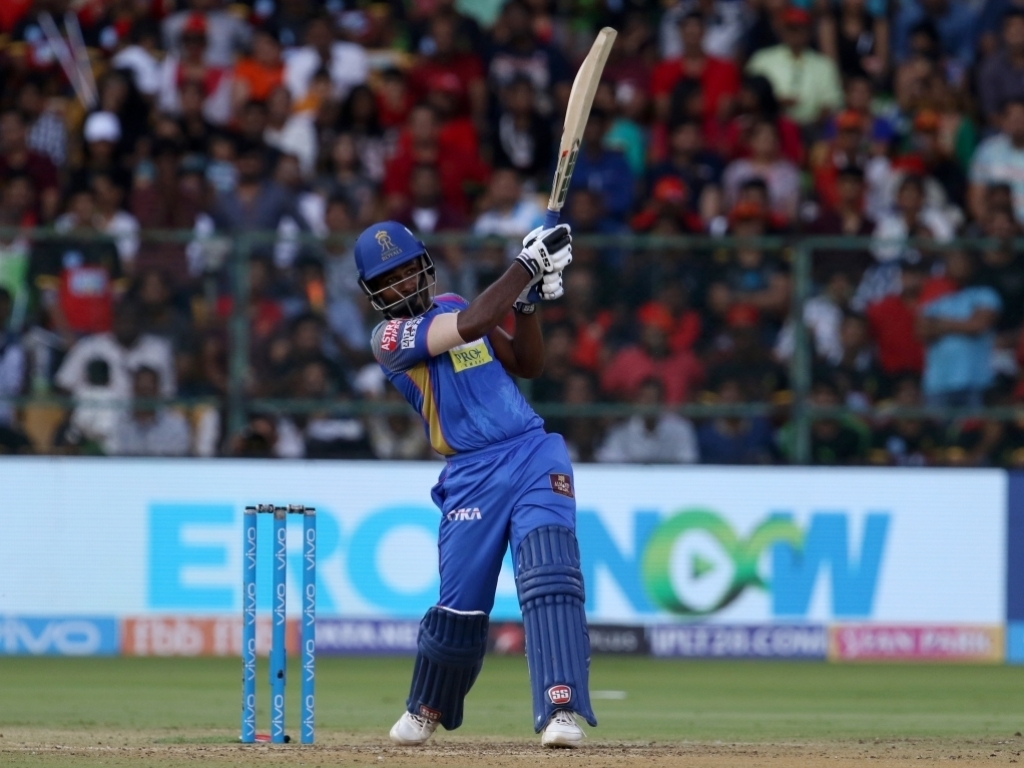 The Rajasthan Royals, powered by a superb Sanju Samson knock, beat the Royal Challengers Bangalore by 19 runs in Bengaluru on Sunday.

Samson struck an unbeaten 92 off just 45 balls, including 10 sixes, as Rajasthan posted a formidable 217/4 in their 20 overs.

The 23-year-old Samson, batting at number three, was a virtual one-man show for the visitors but there were solid contributions by captain Ajinkya Rahane (36), Ben Stokes (27) and Jos Buttler (23).

The home side’s bowlers went for plenty as they chased leather all over the  M. Chinnaswamy Stadium but leg-spinner Yuzvendra Chahal can hold his head high after taking 2-22 in his four overs.

The Royal Challengers have a great batting line-up on paper but lost Brendon McCullum (4) in the first over.

Quinton de Kock (26) was looking good until he fell victim to the part-time spin of D’Arcy Short.

Virat Kohli hit 57 and AB de Villiers 20 but both were out to spinner Shreyas Gopal, who finished with figures of 2-22 in four overs.

Mandeep Singh fought until the end for the hosts and finished on 47 not out but the Royal Challengers were 198/6 after 20 overs to fall to their second defeat in three games.