Home Indian Premier League Kohli: An honour for me to bat with AB

Kohli: An honour for me to bat with AB 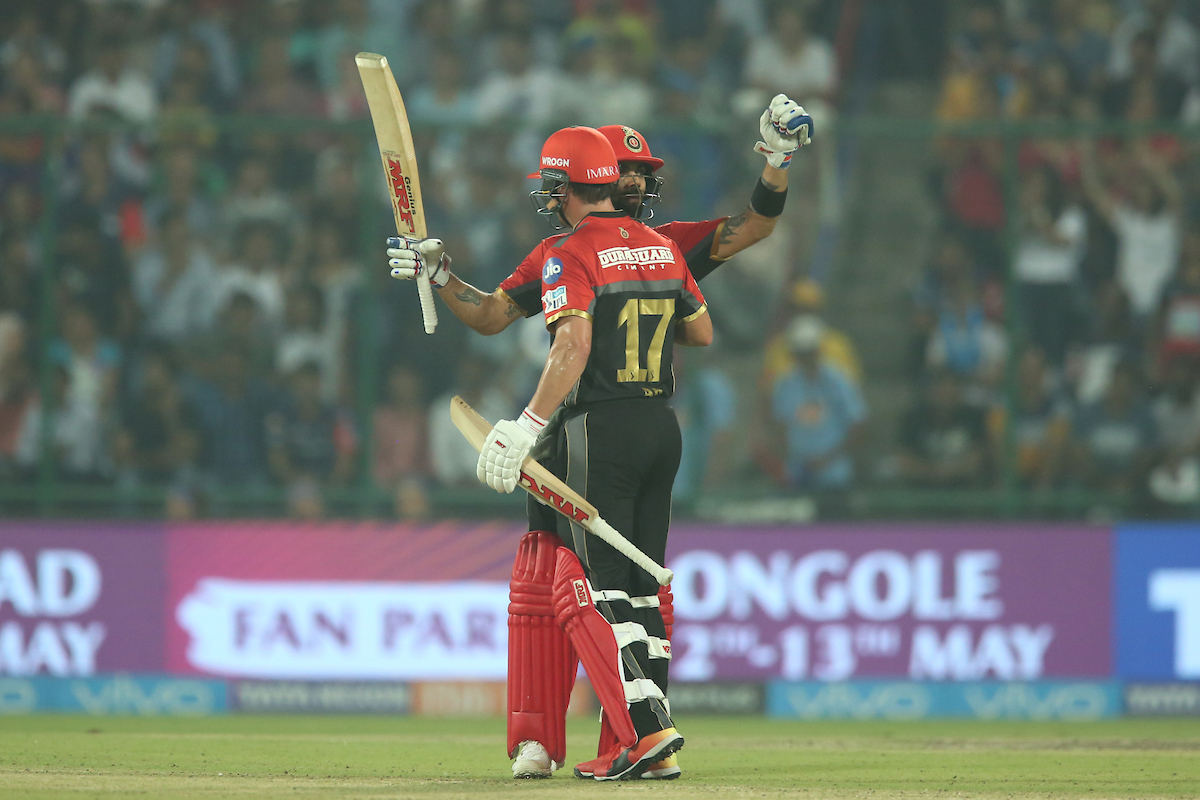 Virat Kohli says it is an honour to bat with AB de Villiers as two of the game’s superstars again showed their class playing for the Royal Challengers Bangalore in the IPL on Saturday.

In a must-win clash for the Royal Challengers against the Delhi Daredevils, Kohli and De Villiers came together with their team in trouble at 18/2 chasing a target of 182 to win.

The India captain and Proteas batsman then proceeded take the Daredevils’ bowling apart with a partnership of 118 to help set up a vital five-wicket win with Kohli hitting 70 and De Villiers 72 not out.

Kohli said after the game: “I wasn’t happy with the way we finished with the ball, but in the mid-innings break, AB told me, ‘Don’t worry, we’ll get this’, and that helped me get in the zone. Then I let my instincts take over.

“It’s lovely batting with AB. We’ve done this many times in the past. I don’t need to say much, been an honour for me to bat with him.

“I was disappointed after getting out since we had the run-rate in control. I wanted to finish it with three overs to spare, and get the net run-rate up. But the two points are important.”

The Royal Challengers will hope Kohli and De Villiers carry on their sparkling form with the bat in the final three league fixtures in this season’s IPL.