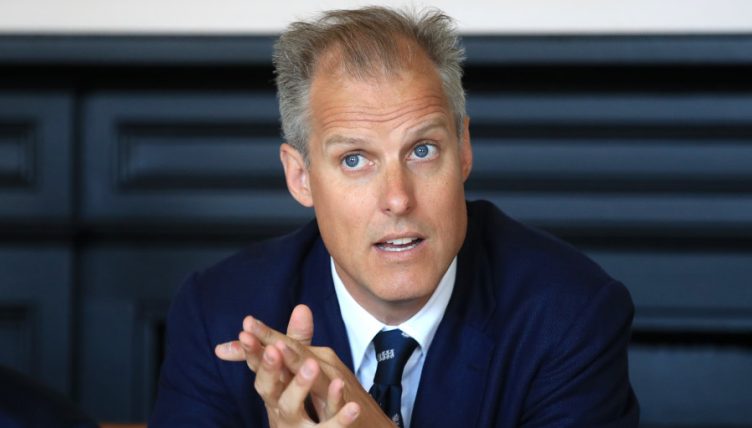 It’s time for the unsexiest of revolutions. Raise your fists to the air, cry out loud for the glory of Test cricket and button up to the chin. Without a hint of flesh on show it is time to reclaim the red-ball game.

It was wonderful to watch England win the Cricket World Cup. Moments in the sunshine like that can be cherished for the rest of our days, but the simple truth is that we have spent so long training our players to see the white ball like a spacehopper, we have made our batsmen colourblind.

“What is this red thing they are hurling our way,” sighs Jonny Bairstow as his off bail is dislodged by a nip-backer from Pat Cummins.

“Why when I edge it are there slips there?” asks Jason Roy, surprised he is not getting four down to third man.

“Umpire,” mutters Jos Buttler after taking guard. “The sightscreens are the wrong colour and they are dressed in white! This is so unfair.”

And chief selector Ed Smith watches on, his suit beautifully pressed. A new tie on today and his sunglasses fitted with a filter that turns anything red to white. Mini me sits alongside, pressing buttons on a screen showing Smith’s yet to be patented cricket version of ‘Moneyball’.

“James, I’ve told you not to play with your phone when we are being shown on the television,” Smith snarls. “But before you turn it off, tell me how our youngsters are doing.”

“Oh, how marvellous,” Smith allows himself a smile. “Any dot balls?”

“No boss. His dot ball percentage is the lowest in the land.”

“Perfect,” Smith counters. “He is our next boy wonder. He will follow Jos and Jason into this Test side. We will take on the world young James. Dot balls will be a thing of the past. One day Test matches. Then four days off to write my next book on how I revolutionised the sport.”

Smith turns to Taylor and pauses for maximum effect.

“James, this is our legacy…”

Then Smith realises the cameras are pointing in his direction.

“Sit up straight, young James. We can’t Rees-Mogg these moments. Our public are watching. Soon they will come to see our mission. I am the Special One. I mean we are the Special Ones. Now how about a French Fancy and a bottle of pop young fella?”

But elsewhere, the nation is getting restless. The 67 all outs, the inability to regain the Ashes urn, the hard hands of Roy, and the obvious political leanings of this England side that are very much anti anything to do with voting leave alone outside of off stump is wearing thin.

For in Test cricket the 360-degree play and the four-an-over romps are the preserve of good teams. And currently this England, selected by Smith, is barely mediocre.

And that is what comes from selecting batsmen that are not used to digging in. Openers are there to take the shine off the new ball and to guts it out so they and their mates in the middle-order can thrive later. Picking an opener who has never batted for more than two sessions of a county game is crazy.

Picking a wicket-keeper to be a specialist batsman at seven whose average innings in first-class cricket lasts 54 balls is bonkers.

These so-called sexy talents are luxuries. In Test cricket the cake is supposed to be solid and tough to break down. And the Roys and Buttlers are the cherries on top for those sunny afternoons when the score races past 400. They are not for sides that struggle to pass 50 less than three down.

There are plenty of batsman in county cricket who do what they are employed to do – bat, score runs and stay at the crease as long as they can to give themselves the best chance.

Picking a Test team isn’t brain surgery. Ed Smith is a very intelligent man, but at times tries to prove it too much.

In the current county game these are the top batsmen on length of innings. Players that show they can bat through the tough times and make runs.

Jos Buttler’s average balls in first-class cricket is 54.54 and Jason Roy’s 45.61. Of course, their strike-rates are higher, but Test cricket is a five-day fixture.

If England are to be the best, players should never be selected on white-ball form and the ability to bat long should be nurtured and applauded.

“Sorry, James,” Ed Smith returns empty handed to his seat. “They are all out of fizzy pop, young fella.”

It is only worth going, Ed, if you draw a line in the sand and treat this Test side with respect.