Pakistan support: the definition of positivity? 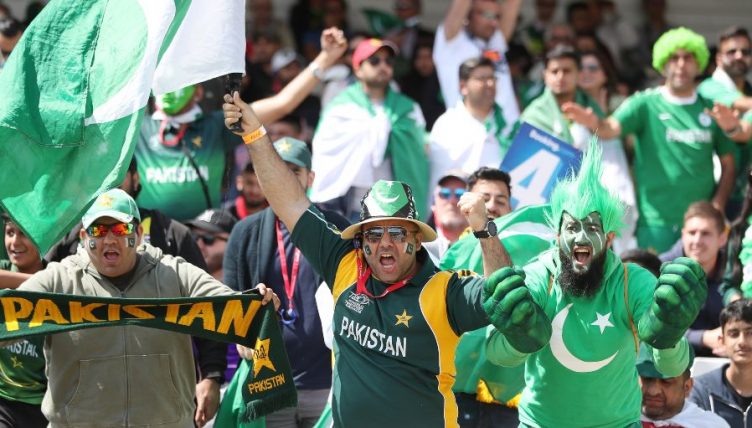 After Pakistan’s win over South Africa at Lord’s on Sunday I watched coach Micky Arthur’s press conference. A Pakistan journalist asked a question about man of the match Haris Sohail’s fitness. The questioner gave a cursory nod to Sohail’s splendid innings and quickly proceeded to query the player’s fitness.

I wanted to applaud Arthur. Not only was he backing his player and his team, he was making a point about the media’s inclination to always search for a negative spin.

Problem for most journalists is that it is easier to write a critical piece than a glowing one. Journalists don't want to be viewed as cheerleaders.

But Mickey Arthur bang on here. We should all be highlighting the awesome cricket we are seeing at #CWC19 https://t.co/46hbOxXajh

Whilst it isn’t the media’s job to be cheerleaders for the team they cover, it is their job to provide readers and viewers with balance and perspective. In that regard, the innings of Haris Sohail was worthy of glowing reports. It had taken Pakistan out of reach in the match, restored pride to a team that had endured a difficult week and, given the ups and downs of professional sport, the hatchet piece could surely wait for a leaner day.

In many ways we get the media we deserve. Looking through various social channels throughout this World Cup and ‘supporters’ are quick to identify their sporting villains, identify tactical problems and give their own solutions. It increasingly appears to be human nature to blame, decry and batter one’s own side when things don’t go to plan.

Every team loses. Even Don Bradman got out. The very best are beaten some days. There are times when a simple ‘they played better than we did’ would suffice. But that approach doesn’t satisfy our eagerness to extract blood.

It has led me to look up the dictionary definition of ‘support’. ‘To agree with and give encouragement to someone or something because you want him, her, or it to succeed’, to root for’ or ‘to hold something firmly and carry its weight, especially from below to stop it from falling’ were some of the descriptions I found.

To support a team surely therefore means that we get behind our side and through our own actions aim to raise it up higher toward success. Pakistan fans care so passionately about the fortunes of their side that the emotions cloud their motives. They want a winning side but detract from the chances of that happening.

There appears no grey area to modern supporters. A team loses and its devastation and condemnation. The team wins and its world domination and excessive fist pumping. And increasingly condemnation even comes with victory. A team may have won but player X is still a liability.

What the Pakistan side has had to endure throughout this World Cup has been brutal. After being brushed aside in their opening defeat to West Indies social media was full of vitriol. Selection was poor, Inzamam-ul-Haq should be nowhere near the selection process. Then a win over England and a path to reproducing the Champions Trophy success of 2017 had been cleared. Then a defeat to fierce rivals India and it was time to wade back in again.

Inzamam has regularly been accused of nepotism. He selected his own nephew Imam to open the Pakistan innings. This is the Imam-ul-Haq who averages 50-plus in ODIs and is widely regarded as a class player. I would suggest Imam has had to work even harder than most to make his way in a game where his uncle had previously been so successful.

Skipper Sarfaraz Ahmed has endured dogs abuse. He was seen yawning during the India defeat at Old Trafford and was immediately accused of not caring. He came in lower down the order against South Africa and he was hiding from battle. He was shown on video being confronted by mocking supporters when shopping with his family in a mall.

Another Google search finds that a yawn is caused by tiredness or severe anxiety. I’d suggest Sarfaraz was suffering with the latter during the India defeat as he cares beyond measure and was stressed to high heaven that the match was slipping away.

He moved down the order at Lord’s because others in the team were bigger hitters in the final push. And there is never any excuse to make things personal and involve a player’s family in a quest to get grievances off a supporter’s chest.

I’ve singled out Pakistan because of Micky Artur’s comments and the high volume Pakistan’s fanatical fans reach on the post-match reaction lurchometre. But the same is true throughout all nations at the World Cup. And throughout cricket, other sports and beyond.

South Africans have suggested their team has not given their all. Take a look at Faf du Plessis in his last few press conferences. He looks exhausted and shell-shocked. You can’t tell me he hasn’t given all he’s got. It’s just not been good enough.

A defeat does not mean a team is not trying, that all players are rubbish or that the sky is falling in. Equally a win doesn’t mean the world is suddenly healed of all its troubles.

During a tournament it is the time to get beneath a side you care about and raise it to the roof. The time for effective post-mortems comes with reflection after the water has had time to flow further down river.

There are so many wonderful performances at this World Cup the only time I am thinking negatively about anything is when I see constant negativity. Cheer up! It may never happen! And, if it does, there’s always next time!

In Pakistan’s case they could yet still win this World Cup. Then all the negativity will be forgotten, for a day or two at least.