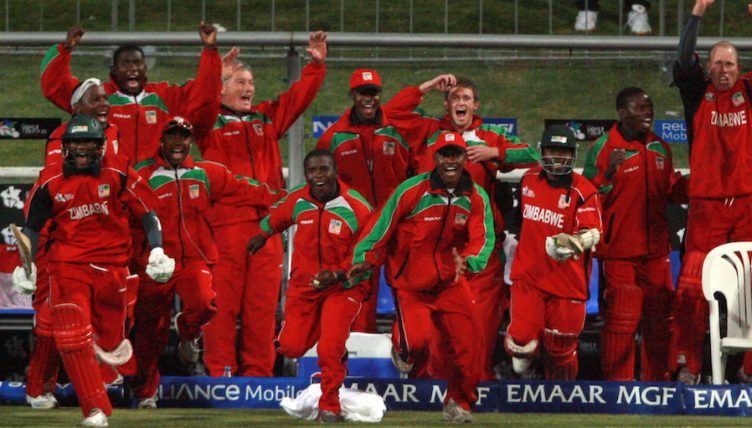 We may moan about Brexit and politicians in England. We may raise a brow when Donald Trump speaks. We may watch satirical television and laugh at the political process in our own nations. But Zimbabwe is a different thing entirely and no laughing matter.

When Andy Flower and Henry Olonga performed their famous black armband protest against the death of democracy in their country at the 2003 Cricket World Cup, they opened up the debate internationally. But Olonga was vilified by the people he was trying to protect. The black lower classes treated him as a traitor, and he was left bewildered and ostracised.

“The thing that staggers me the most, as I have always maintained, is that I find it very sad that the average Zimbabwean seems to be suffering from Stockholm Syndrome,” Olonga told me this week. “They do not reliably differentiate between those who are oppressing them and those that seek to help them.

“That makes me incredibly sad because in the eyes of many Zimbabweans, the leadership we have is the only one worth trusting even though they have bitterly disappointed their own people for decades. It is sad that many cannot see the reality for what it is.”

The International Cricket Council this week removed its support to Cricket Zimbabwe. Central government appear to have been syphoning off the ICC funding to support Zimbabwe’s ailing economy. The funds intended to promote, support and develop the game have gone into a bottomless inflationary hole instead.

When I travelled to Zimbabwe in 2012 it was not to watch cricket. I spent a couple of weeks marvelling at a beautiful country and cringing at all that was holding it back.

I sat in the back of a taxi, my backside jarred by potholes, as we turned on to a beautifully smooth piece of highway. I joked to the driver that we should stay on this more comfortable strip of tarmac and he told me it led to Robert Mugabe’s palace. The only decent road in Harare stretched between the airport and the President’s lavish domicile. Turn off the only road Mugabe was driven on and it was a bone crunching experience. A metaphor for life in the country – do it Mugabe’s way or suffer.

The Zim people were lovely yet there was always an undercurrent. I hired a car and was told to make sure a few dollars were set aside in case the traffic police pulled me over. Apparently they didn’t need a reason apart from greed or boredom and slipping a few notes to an officer was the way to avoid having your day spoiled.

And for a people largely oblivious, or in denial to their plight, religion seemed the only crutch. Find yourself in Zimbabwean poverty and the church prophets would provide a route to riches and good health. But the people encouraged to place any spare cash they had in the church’s collection plate would walk back to their homes as church leaders were chauffeured back to their mansions.

More power led to greater corruption. Those in poverty were doing all they could to survive and didn’t seem to get a lot of help. The hospitals were horrific, the welfare state non-existent and yet the smiles were the widest I’d ever seen. It made me angry. I wanted to stand on a soap box and tell them they were being duped. I wanted to encourage them all to rise up, but then I also wanted to get home and lay in my safe English bed.

I had grown up reading pieces in the English press demonstrating at least a distrust of President Mugabe I had assumed that the those struggling in his country would be keen on a revolution too.

#BREAKING The International Cricket Council meeting in London has suspended Zimbabwe Cricket citing government interference after the Sports Commission usurped the ZC board.

Decision means Zimbabwe will not receive ICC funding, and the country banned from ICC events pic.twitter.com/ix4OApYb25

I was astonished when the majority of those I spoke to saw him more as a guardian angel. I wondered if they were fearful that any negativity would somehow get back to the dictator, but it genuinely seemed it was a country resigned to needing their ruler. He was viewed as the kind, old benefactor and they looked up to him. You don’t bite the hand that feeds, even if, for the most part, it flicks its middle finger up at you.

Mugabe was ousted and the temptation was to believe that things were going to get better. I even saw a few of my Zim contacts, that had defended him to me, openly celebrate his departure. But I was less optimistic.

A country so used to operating the way it had under Mugabe was never going to open the windows and let the sun completely in. Those waiting to replace him were of similar ilk and a populous wanting change didn’t really know what their new world should look and smell like.

Those in power are massively aware of their status. Power brings responsibility, but in Zimbabwe, more than any place I’ve ever seen, it brings comfort, riches and the luxury of not being one of the oppressed. No wonder the temptation to do nothing.

That sadly stretches to cricket. Zimbabwean cricket has produced some marvellous players, black and white. But the cricket administrators, no matter what their sporting motivations, are still people in positions of power and far better off for it. It is incredibly difficult to make the correct decisions when your personal wellbeing is so embroiled in the process.

In a proud country where sport can provide unity, and it’s needed there more than most places on the planet, it is going to take strong and selfless leadership to steer the ship back on course. But when those waters are muddied by a complicated and corrupt political system, it is going to take a very brave Zimbabwean to do the right thing.

ICC’s sanctions may be needed, but as always, they hit the innocent too. If cricket in Zimbabwe is going to survive and regain its ICC status as a full-Test playing nation things need to change dramatically, and one wonders whether this is ever going to be possible.