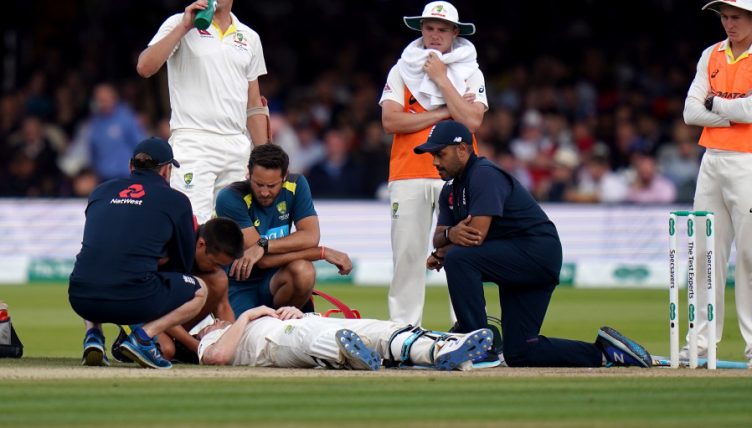 When Steve Smith took that 92mph Jofra Archer ball to the neck, I’m sure not a single one of us didn’t wince, knowing the pain it would have inflicted and more than that, the potentially deadly nature of such a blow. For a moment it wasn’t hard to imagine it could have killed him.

But while none of us would wish any player harm, we are all rather hypocritical about this because one of the finest sights in cricket is a bowler like Archer steaming in, delivering short pitch balls that fly past the batter’s ears. It’s a timeless pleasure and it is absolutely thrilling. And it is thrilling because we know that it is endangering life. When you think about it, that’s terrible, isn’t it?

Over the years there have been calls for bouncers to be banned outright, especially in the late 70s and early 80s when the West Indies fast bowlers were so devastating, but the game couldn’t quite swallow that, so imposed a two bouncer limit in Test cricket. It’s such an attraction of the sport that rather than outlaw such deliveries, they allowed the introduction of helmets and other protective clobber too. This was an admittance that we still wanted this violence in the game but just hoped a helmet would stop people actually dying.

In no other sport is trying to lethally intimidate a player allowed. But in cricket, it absolutely is.

Violent tackles have been made illegal in football, spearing in rugby likewise. All very sensible. However, perhaps because English cricket likes to see itself as a gentleman’s game, there is no appetite to admit that one of the pleasures of the sport lies in the potential that someone might get badly hurt. Danger is exciting, as long as you’re not the one in danger.

No-one nakedly accuses a fast bowler of trying to hurt a batter. Archer has not suffered any criticism for the delivery that put Smith out of the game and rightly so, as it is perfectly legal and one of the game’s oldest traditions, but the fact is that and other balls were not delivered to hit the stumps but to intimidate Smith into a mistake. In other words, he was using fear of being hit, fear of pain and danger to life, to undermine his confidence. That is the whole point of the bouncer, of course.

Did he want to hurt him? Well, not as such, but Archer, like any speed merchant was absolutely prepared to risk hurting a batsman in pursuit of sufficient intimidation to force an error and bag his wicket.

When we state it that nakedly, it is a very uncomfortable truth. A cricketing dirty secret, perhaps. And yet it was such a brilliant session of fiery bowling that was thrilling in a way which a medium pace delivery on a good length just never will be. So how should we think about short-pitched bowling?

Seeing Smith face down on the turf was very disturbing. I for one could easily imagine that ball being a fatal blow. Can we really justify such bowling purely on the back of the excitement it delivers? With the shadow of Phillip Hughes still being cast over the game, how do we square the idea that we don’t want players to be hurt, let alone killed, against the threat of that happening being so exciting? The truth is, I’m not sure we can.