Home John Nicholson Are we on the verge of an unheralded era of New Zealand success?

Are we on the verge of an unheralded era of New Zealand success? 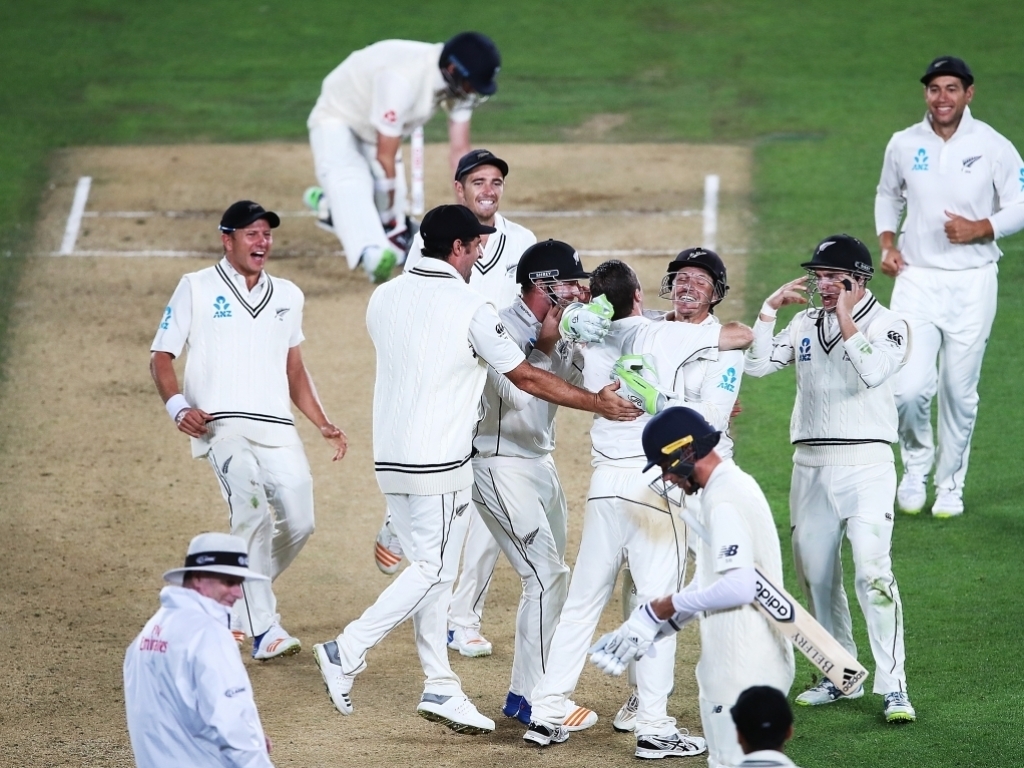 When it comes to Test cricket, New Zealand have long been hard to feel strongly about. England have no real rivalry with them. They don’t stir the blood the way the Aussies do, they’ve never really had an identifiable character or style and for years they didn’t offer much of a challenge for England.

It was 1930 before we first played them and in the next 48 years we played them 46 times winning 23, drawing 23 and that seemed to sum them up rather well as a side whose best shot was to not lose a game rather than win it.

So when New Zealand actually won the first Test in 1978 in a low scoring game by bowling England out for 64, it was breaking a long tradition of England dominance.

I first saw them on their 1973 tour when they stopped off at Headingley and lost by an innings and one run. As we settled into our seats, I asked my grandad Fred what New Zealand were like. They seemed a distant, exotic team coming from a land almost impossibly far away.

“New Zealand? They’re like the Aussies with better manners but with worse cricketers,” said Fred, who had first seen them in 1949 and hadn’t been overly impressed and didn’t expect them to impress them much this time either. And so it proved. They weren’t terrible, but they didn’t offer much resistance. Geoff Boycott scored 115 and with the exception of Glenn Turner, the opener who also played for Worcestershire, they didn’t hang around long. It was a three Test series, England won two and drew one. Job done. Fred’s assessment seemed spot on.

And even now, 89 years since that first Test, they’ve still only won 10 Tests out of 103 against England and 4 series out of 35, but perhaps significantly, the last Test was their biggest ever win, rolling us over for an Innings and 49 last year.

So do we stand on the verge of an unheralded era of Black Caps success? They’re ranked as the second best Test side in the world, one ahead of England. With a three Test series against Australia to follow, a series they can expect to do very well in with the baggy green residing at 5th in the rankings, it’s not impossible that they will overhaul India at the top at some point in 2020.

New Zealand: best Test team in the world? No, it still doesn’t sound right somehow, does it, but it’s a possibility. And while the epic ODI games of this year won’t necessarily translate into Test success, one thing is clear, they might have better manners than the Aussies but they no longer have worse cricketers.