Home John Nicholson Boycott and Yorkshire, Yorkshire and Boycott; still indelibly linked after all these years

Boycott and Yorkshire, Yorkshire and Boycott; still indelibly linked after all these years 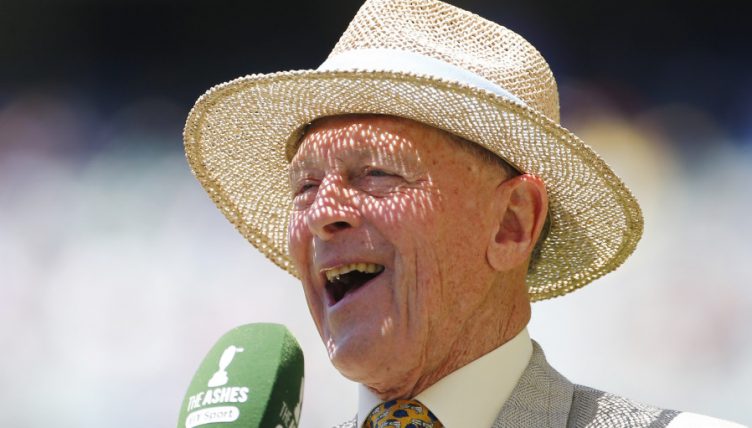 Although I grew up on Teesside, I was born in the East Riding of Yorkshire. In fact all my relations for almost 250 years were Yorkshire folk.

And while I don’t know what they were like all those centuries ago, I can make a pretty good guess because the three generations I have encountered going back to those born at the end of the Victorian era had, by and large, the same sort of personalities.

It’s not that there was anything wrong with them per se, they just displayed what were, and still are known as typical Yorkshire qualities. They were largely unemotional, no matter the provocation. They spoke their minds plainly, no matter how many people it might upset. Tears were never shed, they were for southerners. They were whatever the opposite of touchy-feely is.

They also had an unshakeable belief in their own point of view that could rarely be changed even when countered with actual facts. They were hard grafters, tough and fiercely loyal. And although they’d grumble about it, they were capable of great generosity when the occasion demanded. Above and beyond all of these things, they thought Yorkshire was somehow the best and most noble expression of how humans should be.

I realise this sounds vaguely preposterous in cosmopolitan 2019 but I can assure you it was absolutely true throughout my upbringing and, though I’ve not lived in Yorkshire since 2005, I wouldn’t mind betting it is still to some degree the truth.

They were also all – men and women – huge cricket fans. Cricket in the summer and rugby league in the winter was their lives, far less the football. They’d go on pilgrimages from Hull to Headingley, Leeds, St Georges’ in Harrogate or Bramall Lane in Sheffield to watch country cricket. And they went primarily to worship at the feet of one man.

Only they never referred to him by his full name, not as Geoff, or even the more colloquial nickname, Boycs. On no. He was only ever ‘Geoffrey.’ There was only one Geoffrey.

“Geoffrey will set about them,” they’d say, usually placed central to the wicket near the boundary rope, as they poured tea from a tartan flask and unwrapped meat paste sandwiches made earlier that morning by the matriarch of the family (never, ever the men) from the carefully saved, and possibly actually ironed (my mother was big on ironing paper bags and anything else that might be used again), old Sunblest bread waxed paper wrapper, on a cold early June morning, with dew on the wicket and swing in the air.

An ode to the wicketkeeper: the beating heart of every team

It was a remarkable sort of hero worship and not one that I have ever seen before or since. Yes people would swoon at pop stars from the Beatles to Bros, they’d go weak at the knees over a movie star like Paul Newman or Rachel Welsh. But no-one ever thought these people were the embodiment of all that was wholesome and decent. You loved them for their art, or their looks, or their body, haircut or the bulge on the inside leg of their pants, but you didn’t admire them as an embodiment of an idealised value system. That’d be mad, right? But this was exactly what they did with Boycott. To them he was the Greatest Living Yorkshireman and that was synonymous in their minds with the being the greatest living human to walk the earth.

They admired Geoffrey’s stubbornness at the crease. His refusal to indulge in fripperies like hitting a six, or making extravagant legside hooks, or even to score at speed. They thought his single-mindedness was a thing of beauty. His ability to dig out a hundred over a day, offering nothing to the bowler in the process, made them purr louder and longer than any amount of fast scoring, slash and burn merchants. I always remember my uncle being disparaging of David Gower, who, let’s be honest, was an artist with the willow. His reason? “He takes chances.” That was it. And that was because risking your wicket to play shots was the least Geoffrey thing any batter could or should do. Geoffrey would rather not score than take a risk.

This conservative, cautious nature resonated with his fans who saw in it a metaphor for life.

When the great man was interviewed on TV, no matter how innocuous a chat it might be, it was treated with silence as though words from Our Lord. Woe betide any youngster caught chattering when Geoffrey was on TV talking, with his mouth in that slightly wonky, lopsided expression which mixed bemusement and disdain – two of Yorkshire’s most favoured characteristics.

And no matter what he was pontificating about, nor how wise his words were, they would nod and hum their approval, regardless. He could do no wrong. When he came out as a fan of Thatcher it didn’t not alienate him from the bosom of these people. Indeed, most of them were working class Tories as well.

Even later when he had his legal problems and had to go to court, denying accusations of assault, my extended family were unwavering in their belief in his version of the truth, convinced that he would not lie, one of them going as far as to say “If ‘e’d ‘it ‘er, ‘e’d say ‘e’d ‘it ‘er. That’s the end of it.”

Of course, Boycott was a brilliant batsman and scored huge amount of runs. Even now he has the sixth highest career runs total in Tests for an England player with 8114. He topped the national averages for six seasons, the highest of any post-World War II player, and he is tied for third in the list of centuries for England behind only Alastair Cook and Kevin Pietersen.

Geoffrey was the first player to score 99 not out in a Test, which is just a very Boycottian thing to do. He must’ve had a chance to fling the bat and make his ton but ever keen not to give any hostages to fortune, he’d rather end one short and carry his bat. He was also the first to score 99 and then a century in a Test match.

And then came the Test against Australia at Headingley in August 1977. This was the apex of their Geoffrey worship. He’d been out of the side for 30 Tests because Mike Denness had been made captain after Ray Illingworth and it was said Geoffrey took the hump over that. Which does sound VG (Very Geoffrey). Whether that’s true or not, I have no idea, but my family believed it and believed he was absolutely right to withdraw his labour. “Denness is a bloody Scot!” one of my number would declare, as though it was a crime against humanity.

So when the dispute relented and he made himself available again and walked out to open the batting at Headingley that hot August morning, the pressure was really on to prove his worth to the team. The family were convinced he’d score a century, his 100th first-class 100, the first to score his 100th 100 in a Test match. And in front of his adoring supporters.

And just after 6pm, he absolutely bloody well did. Of course he did. As he cracked a beautiful on-drive to the boundary to rack up the three figures, he was mobbed by his public. The crowd going wild.

Because life is a little more homogeneous now, and we do not have quite the same separate indigenous local cultures that we once did, it is unlikely that one man will be the very embodiment of a county, not just as a cricketer, but as a man. But as he was interviewed by Peter West on the balcony after the game, the crowd chanted his name and also, significantly, one other word. That word? Simply, “Yorkshire, Yorkshire.”

Boycott. Yorkshire. Even now, the two things are absolutely synonymous with each other and absolutely inseparable, like sporting and cultural Siamese twins.

“They don’t make’ em like Geoffrey any more,” someone said to me recently, admiringly. They are probably right. Whether that’s a good or bad thing, I’ll leave it to you to decide.