Home John Nicholson Cheer up, Ashton Turner; it could have been worse 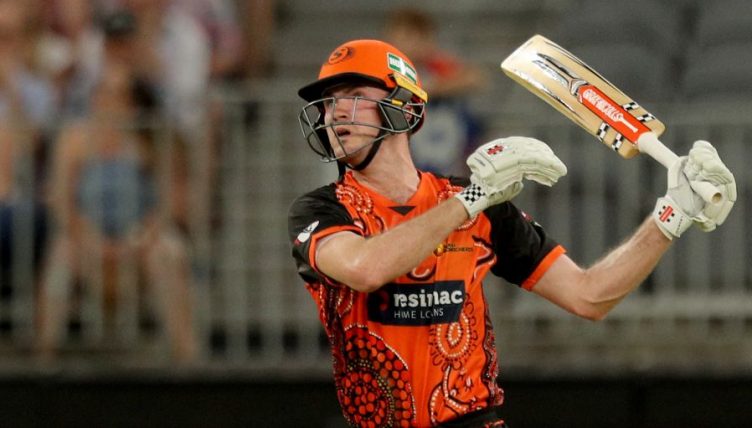 It was hard not to feel sorry for Ashton Turner when he became the first man in Twenty20 history to make five consecutive ducks, but things could be worse.

Cricket is unique in team sports in having a term for one of the game’s greatest indignities. There’s no such term for the striker who doesn’t score, for example.

Of course it doesn’t stop with the plain old Duck. You’ve got your Golden Duck (out first ball) and your Diamond Duck (out without facing a ball) your Pair (two zeroes) and your King Pair (out first ball twice). However, in the story I’m about to tell you, I believe I witnessed the only known Diamond King Duck. A feat of failure so rare as to be undocumented elsewhere in the annals of the game. Dismissed twice on the first delivery of the innings but without facing a ball.

It happened in the long hot summer of 1976. A summer I spent much of hanging around Stockton Cricket Club, notionally watching the cricket but mostly drinking cider and engaging in what a sign in our local swimming pool used to call ‘heavy petting’ with a girlfriend.

When the first team wasn’t playing there’d be other games between juniors or reserves. A side had come over from Billingham for a game set to last two days. It may just have been a friendly game or in some sort of league which has long since faded from my memory, largely due to the cider, I suspect.

The visitors won the toss and opted to bat first. Out strode the openers. Now, our hero in this was a short lad with the sort of ginger hair that looks like a rusty Brillo pad; an almost fluorescent copper colour. It was Mandy, my girlfriend, who first noticed that he was wearing pads that were clearly designed for a strapping 6 foot 3 inch batsman and not a slight 5 foot 2 inch lad. This meant they were about 30% too big, reached up to the top of his thigh and flapped out at the sides where he’d pulled and buckled them in with the leather straps. The overall effect was to give the impression that a badly lagged copper boiler was coming out to wield the willow.

Mandy started laughing at this vision waddling to the wicket and also pointed out that he appeared to be wearing a remarkably massive box which protruded like a small tactical nuclear weapon and cast its own shadow in the morning sun.

Our man was at the non-striker’s end as the bowler ran in to deliver the first ball of the day. Pitching it a little short, the other opener tickled it around the corner and set off to take the first single of the day with a brusque “Yes. One.”

It was an easy run, so our overly padded batter did not set off at high pace, however as soon as he left the crease it became painfully obvious that he couldn’t actually run properly in the big pads. Just as he crossed the other batsman, the inside of each pad seemed to mesh together and in doing securely anchored his legs together causing him to topple like a copper birch under the axe. He fell flat on his face, as anyone whose legs have become fixed together would. For a brief moment he tried to doing a sort of cricketing version of the worm dance in order to make it into the crease, gyrating his body, attempting to get forward momentum. But to no avail. The fielder tossed the ball in and he was run out as he floundered down the strip like a red snapper on the slab.

He slumped back to the pavilion, tripped over the boundary rope and was pole-axed by the pads again. Feeling sorry for him but unable to contain our laughter, we turned away so it might appear our guffaws were about something else.

So he’d got his Diamond Duck and the match continued. Billingham were dismissed for less than a hundred, Stockton came into bat and whacked it around with what we used at the time to call gay abandon. At the end of the day’s play they declared a couple of hundred runs ahead.

Because we had nothing better to do and because the next day dawned blue and hot again, me and Mandy returned to watch the end of the game. Once again, Billingham sent out its openers for the second innings. And once again our Ginger Ninja was coming to the wicket. But this time he’d clearly managed to get some junior pads that fitted properly and a box that was more modest in its proportions and which did not cast a shadow. We were a bit disappointed, having been looking forward to seeing him trying to run again in the outsized gear and speculating that perhaps he filled the outsized box to capacity due to having some sort of gargantuan mutation down there which needed substantial housing.

And so, as another warm morning cast sharp shadows, the opening bowler trotted in to bowl to the non-ginger batsman and delivered a full toss at a leisurely medium pace. It was absolutely begging to be dispatched to the boundary. The batsman was taken by surprise by the dolly that had all but been lobbed up to him, but with a straight bat gave it a mighty thwack off the meat which echoed around the ground in that pleasingly woody way. It went straight back down the wicket. For a microsecond both me and Mandy thought it was going to hit the red-headed non-striker full in the mush. But no. It flew past his ear as he took a couple of steps down the wicket in anticipation of the runs.

At this point, the bowler, a lithe tall young chap who seemed to be all limbs and no body, reached out with his right arm in the direction of the ball as it was at a catch-able height. But he was unable to hold onto it. It bounced off his palm and dropped directly onto the stumps, removing a solitary bail as our hero was four steps down the wicket thus dismissing him once again, first ball, without him even facing a ball.

The poor lad. As he trudged back to the hutch, we gave him warm applause and once again tried to hide the fact that we were laughing so much that tears were running down our cheeks.

As far as I knew, there was no term for getting out for nought twice on the first delivery of an innings without even facing a ball but I believed his was a unique achievement that deserved it’s own accolade. So I christened it the Diamond King Duck – the DKD and I like to think he is he one and only batter that this has ever happened to, unless you know better.