Cricket a welcoming home for those with quirks and rituals 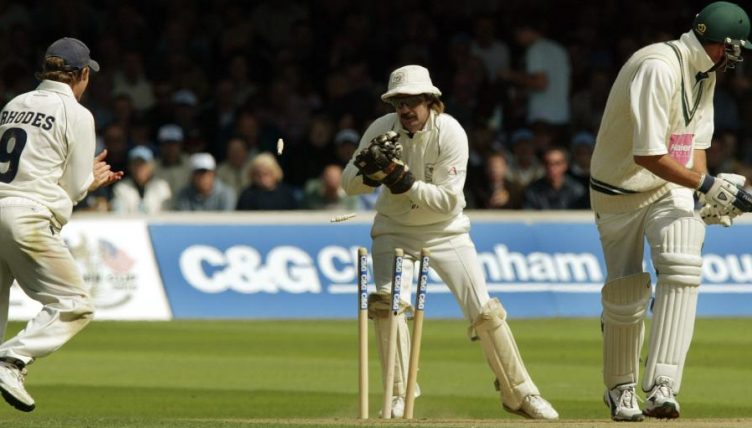 Stories abound of cricketers with bizarre habits and rituals. The ones told about Jack Russell alone would make a fine study for a psychotherapist, such as soaking Weetabix for exactly eight minutes, ordering the same meal at the same Chinese restaurant for the duration of a tour and that meal being chicken and cashew nuts with the nuts removed!

Russell’s eccentricities were not confined to cricket, of course, even going as far as to blindfold builders to and from his house so when doing alterations they wouldn’t know where he lived.

Perhaps wicketkeepers, like goalkeepers in football, seem especially prone to odd superstitions and tics. I knew one who, as the bowler ran in and he took his position behind the timbers, had to touch his right and then left foot with his left and then right hand – which made it all the more complicated – before the ball was delivered. This wasn’t so inconvenient when squatting on his hunkers, but when standing up to the stumps for a spin bowler, it looked very odd indeed. Down he’d go, tap tap, and up he came as the ball came out of the bowler’s hand. It actually put batsmen off. Failure to complete the procedure really troubled him. He once described the feeling to me as like brushing a cat’s fur the wrong way, only with reality.

I’d grown up watching batters who had to adjust their box after every ball, others who could not stand still and always had to do a bit of gardening, and yet more who had some bat-based twirling ritual to occupy their minds, but never thought I’d be similarly affected. But when I was 14, a strange compulsion came over me (no not that one!) and not just when playing cricket.

Perhaps it was something to do with puberty, but I began to have to run the fingers of my left hand through strands of hair on the back left side of my head to snap and separate them. As I had long hair, this required quite a tug. I had no idea why I suddenly felt the need to do it, all I can tell you is that if I tried to stop doing it, I felt unbearably tense and it was all I could even think about. I almost physically ached to do it.

The more I played with my hair, the more the ends would split and knot together and thus necessitate and drive more fiddling. I must’ve appeared deranged as I tugged and pulled at it every minute or two. Sometimes, if I felt I wasn’t being watched, I’d have a really frenzied go at it for a minute to try and expunge the urge. It didn’t work.

Playing cricket didn’t abate the problem, rather I had to do it between balls when batting, which meant I had to take the left batting glove off quickly, snap a few tangled bits apart, on with the glove again and play the ball. If I couldn’t do it, I was too distracted to concentrate properly. Reality had a crease in it, somehow. When bowling my wrist spinners, I’d need to have a quick fiddle before and immediately after each ball.

However, cricket gave me structure, time and space to do this in a way that football, which I also played, didn’t. I was a winger and the physicality of the game just seemed to supersede the urge to mess with my hair until play came to a halt. As soon as it did, I dug in.

I do wonder if this is why so many people with various tics and routines find cricket a forgiving home for them. The breaks and interruptions allow you to indulge your needs. And also, given that physical exertions diminished the urge, high-energy sports mitigated against it.

My habit came and went for years. Drinking helped. When drunk, the urge went away. If I had a girlfriend, it also disappeared, but when we split up, it came back. It pretty much stopped when I left home for college, but would periodically return when I was under pressure. Clearly, it was some sort of stress-based distraction technique to reduce tension that operated on a deep subconscious level.

I had almost no control over it and when it was at its worst, I had to endlessly play with and pull my hair – still only on the left side, for some reason – literally all the time, so much so that it was much shorter on that side as the ends had snapped off. The compulsion was absolute. Recently, a therapist suggested to me that the pulling and messing with your hair releases calming endorphins into the bloodstream, and thus assuages anxiety. It sounds plausible but if true it didn’t work for more than a few seconds and then I’d need to do it again. Perhaps I don’t have very powerful endorphins.

I don’t have the urge any more and haven’t for many years, but occasionally, in moments of high stress, it returns briefly. I’ve since seen others who have this same condition, a girl who couldn’t stop brushing her hair, someone who has to tap their wrist and hip when going around a corner or through a door, as though guiding themselves and another who has to lock and unlock his front door three times before he can leave it, often having to return just to check it and repeat the routine.

All of which explains so many cricket players’ odd behaviour, even if it just a touch of a cap, a clap of the gloves, a tap on the foot. And I imagine Jack Russell, though retired, is still soaking his Weetabix for precisely eight minutes, still ordering cashew nuts to be taken out of meals and just won’t feel right about the world otherwise. It’s alright. It’s just how some of us get through life.