Home John Nicholson It’s been an astonishing summer of cricket – but where does the county game sit?

It’s been an astonishing summer of cricket – but where does the county game sit? 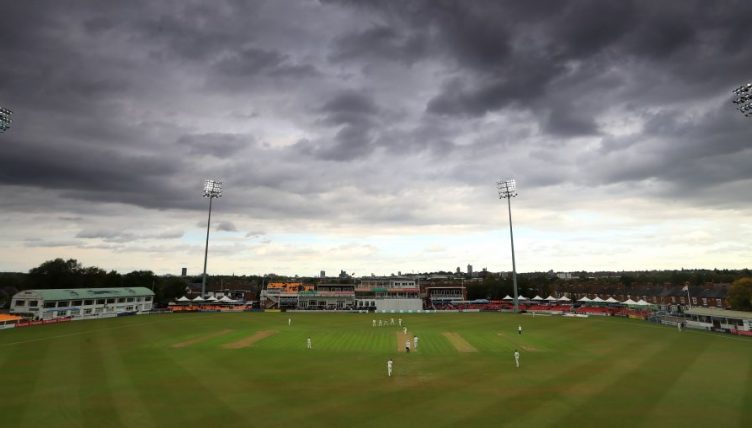 As this season’s County Championship comes to an exciting head with Somerset pushing for a win against Essex in order to scoop their first title win, it is worth asking just how important county cricket is in 2019.

After a summer of astonishing cricket, it is without doubt a far less glamorous prospect, but then that has always been the case. Test cricket was where whatever sturm und drang that cricket has to offer has always happened. The county game has always been more nurdling than whacking.

While we might look at black and white photos of full grounds for county games in the 1950s and think interest is much diminished now, that would be something of a misreading of history.

What was once the three-day game was always played out to pensioners and kids on their school holidays. People have always had work to go to and couldn’t take time off to watch cricket on a Thursday or Friday in the 1960s any more than they can now.

And while total attendance bottomed out around 500,000 at the turn of the millennium, first class county cricket pulled in about 600,000 in 2018, which isn’t massively different to how many it got 30 years ago. There is a consistent core audience for it.

For as long as I’ve been alive there have been financial worries about the county game. As a boy in the late 1960s I sat in near empty grounds – usually Headingley – watching Yorkshire graft an innings out on a damp, rain interrupted afternoon with only a tartan flask of tea and some biscuits for company.

Indeed, and perhaps ironically, that was one of the first things I grew to love about county cricket. There was a peace to it. It wasn’t frenetic and noisy. The smattering of applause as someone hit a single to make 50 was as exciting as things got. And that’s fine. My granddad Fred, a retired miner who inculcated me with a love of cricket always said that county games where were you could think about things, read the newspaper, a copy of The Cricketer or thumb through an old Wisden from 1951 while sucking on mint imperials (he was never without a bag) and generally divorcing yourself from the world. One of life’s natural philosophers, “once you’re inside, outside doesn’t matter,” he used to say. County cricket was a refuge from the world, a place untroubled by the daily grind. I’m sure that is still one of its core audience appeals.

So we shouldn’t delude ourselves into thinking it was once a massively popular version of the game that is now in doldrums, however nor should we underplay the problems it does have.

In 2019 I do wonder if the idea of counties playing each other must seem rather odd to kids. Why counties, they must wonder. No other sport pitches counties against each other. Does the very concept of a county have any cultural or civic heft any more? We are all so globalised Perhaps it still does in places like Yorkshire where being Yorkshire is still A Big Thing. But is that the case in say, Warwickshire, or Sussex? As Fred used to only half-jokingly say “Nobody was ever proud of coming from Surrey.”

And without doubt, who wins the County Championship doesn’t feel like it has any massive wider significance to anyone outside dedicated coterie of cricket lovers, whereas it once really very much did.

How many people are even aware of the Somerset v Essex game, a match that is effectively a title play-off? It’s hard to find attendance numbers for games but given Somerset’s County Ground in Taunton has an 8,500 capacity and charges £18 on the day and £13 in advance with kids in for a pleasingly modest £3, it’s not hard to see the financial limits on county cricket. However, reports suggest that attendances are better when games are taken away from the main country grounds. This may be because being in a smaller, but more full ground is more enjoyable.

Sadly, the slavish addiction the Board has to one-day cricket, of which The Hundred is surely the least wanted and most idiotic of all, is pushing the County Championship to the opening weeks of the season in April and May and the last few weeks in September. There isn’t much Championship cricket at all from June to August. However, County games still go on when internationals are being played, thus reducing potential audience further. Given all this adversity, the fact 600,000 still turn up should be commended.

What is needed more than anything else is a belief in the county game, not just from the punters, but from the ECB. Do they really care about it? Plenty doubt they do and judging by their actions in recent years, that doesn’t seem too wide of the mark. It is as though the county game is seen as a failure, somehow. And yet as the 600,000 figures illustrates, it is far from dead on its knees and could be more popular still if it was scheduled and marketed in a way which works in our lives for 2019. More floodlit play would people to watch after work and that is surely a sensible idea. Playing games when the chance of good weather is better wouldn’t be a bad idea either, nor would not putting them up against international games. Taking the game out from behind the audience constricting paywall TV deals and putting it on free-to-air is also essential to bring it to a wider audience.

There absolutely is still an appetite from the county game, often in defiance of expectations. The lack of faith in it can be more accurately laid at the door of the ECB who seem intent on diminishing its importance in favour of versions of the game that are mere candy compared to the roast dinner of county cricket.