Home John Nicholson Johnny Nich’s cricket blueprint: Four stumps, no LBW and add 50 per cent to the value of a six

Johnny Nich’s cricket blueprint: Four stumps, no LBW and add 50 per cent to the value of a six 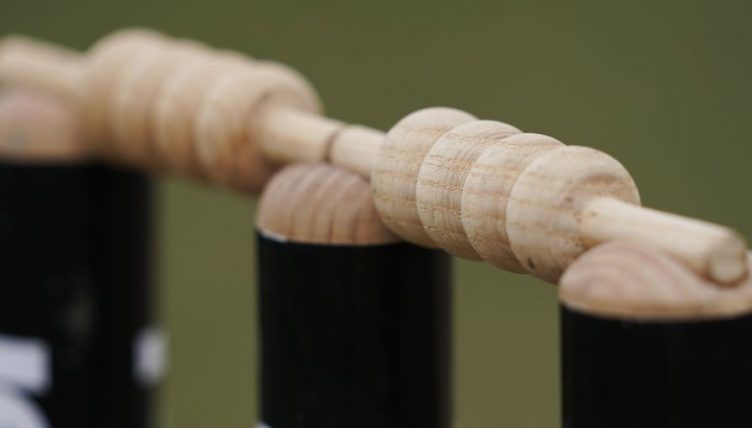 Over the years, the game of cricket hasn’t changed massively really. It’s remarkable how resilient the basics of the games have been over the centuries.

But that hasn’t stopped different innovations being tried. Indeed, at one time or another, most us must’ve passed away a damp afternoon in the pavilion inventing changes to try and improve the game.

However, in the long hot, flag-cracking summer of 1976 me, some mates, and anyone else we could rope in, came up with five alterations to the game and began a series of ‘Test matches’ on the school field under this new regime to see how workable they were.

The first major change was the addition of a fourth stump and third bail. If you’ve ever tried bowling at four and not three, the target seems much bigger and for the batsman is much harder to defend. We recognised this fact even in the early stages of development, so decided to abolish LBW totally in order to give the batter more freedom. The change was marked. Everyone loved this rule change. Being freed from the tyranny of leg-before encouraged more hitting. We had worried that a lot of batsmen would simply pad up all the time, but the addition of the fourth stump seemed to prevent that. One lad did try and simply kick the ball off his stumps, but spliced it over his head and was caught behind. However, we thought we should introduce a ‘no kicking’ rule which would lead to instant dismissal. All summer long, everyone loved the fourth stump innovation and the outlawing of LBW. It made the games far less defensive.

The next change was to have no stumps at the bowling end. This allowed bowlers to run in centrally and deliver it straight on to the wicket if they wished. It gave bowlers much more to play with and gave more variety to deliveries. At first it felt a bit weird to bat at a straight-on bowler, but we all soon got used to it and felt it didn’t really make a lot of difference, plus it was tedious having to take up and put in stumps after every over.

The fourth change was to redefine a slip catch. If it bounced once and was then caught, that was now out. More than one bounce wasn’t out. The idea behind this was to even up the contest between batter and fielder. It always felt unfair that you could dive for a catch at fourth slip and just pick it up on the half volley, as that’s a tremendous stop and needs rewarding. So this change set out to do that. However, in reality it made little difference to the game. Through the whole summer only one wicket was lost this way. And it didn’t inhibit anyone for reaching for a ball.

The final change we made was to make a 6 into a 9. This 50% increase in the value of cricket’s money shot was a huge success. It encouraged more big hitting and attempts at big hitting. It altered the pace of an innings markedly. A slow-scoring start could be quickly reversed if you got a big hitter at the crease. It also meant bowlers were more cautious in pitching it short, fearing an easy pull over the boundary. The downside was spin bowlers got less bowling for fear of being put to the sword and boosting totals exponentially.

As the dog days of August came and went, we concluded that cricket would be improved with an additional fourth stump and third bail, with the abolition of LBW and by making a six into a nine. As September dawned to a huge thunderstorm to break the weeks and weeks of heat, bringing our experiment to an end, we actually wrote a letter to the MCC with details of our experiments, comprehensive scorecards and conclusions. Did they take any notice? Of course not. We didn’t even get a reply.

To be ignored is the curse of all innovators but I’d still like to see these things tried in a first class game. There has been a lot of messing around with the format of the games, so why not with some of the basic rules?