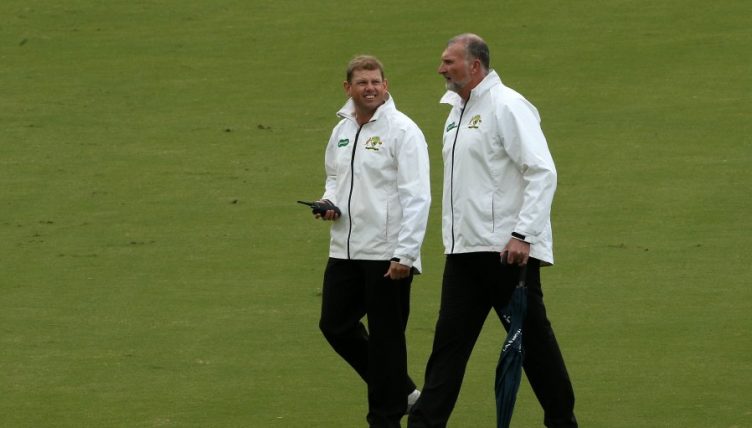 Cricket umpires do not have much to do and most of it is done whilst standing still. Indeed, the hardest part of the job, after accurately counting up to six, is stopping your feet going numb.

Unlike football or rugby, you can pretty much play cricket without an umpire. Indeed, drop much below the highest levels of amateur club cricket and you routinely do. OK you’ll probably never get anyone out LBW in any but the most extreme circumstances, but that apart, as long as all concerned are not the kind of persistent cheats that all footballers seem to feel obliged to be, the match can happen with some degree of efficient civility.

In other words, umpires are not quite so important in a slow sport, where what crucial decisions there are to make, are many minutes or indeed hours apart.

If you’ve had a go at the job, there’s one thing you will know for certainty: it’s really boring. Once you’ve glanced at the bowler’s foot and looked up the wicket, that’s you done for a couple of minutes. Taking one of your six marbles out of your right pocket and putting it in your left is the most exciting thing likely to happen for hours; a brief adrenaline-fuelled interlude. Soon enough you’re back to staring down the wicket with eight sweaters tied around your waist.

So you zone out, staring but not seeing until the sounds of ball against wood shakes you out of your reverie and you hope you haven’t missed something important. But even if you have, there’s the square leg umpire to help bail you out. He’ll definitely be paying attention…

Given that apart from occasionally having to judge a run out – there’s nothing more funny than a sleepy overweight man in a white coat suddenly having to scurry to get a side view of the crease as the batters take a tight single – there’s often almost nothing very hard to do for up to eight hours.

So when the idea of a third umpire was introduced in 1992 I was a little disappointed. It wasn’t as if umpires were especially overburdened. Yes, you have to remember to take your marble out the pocket, but that didn’t seem especially preoccupying. There’s the red hot finger action to perform for a 6 or 4 and for a dismissal. But these are not overly exacting actions.

It turned out to be the thin end of the officiating wedge and now we have Hawk-Eye, Eagle Eye, Virtual Eye, Snickometer or Ultra-edge and Hot Spot. And all for what? To get things right, of course. And there’s your trouble.

I’m not a fan of always having to get things right and firmly believe that the obsession with doing so is a curse, not just in cricket, but in all sport. Sport is, or should be, an expression of our humanity and as such, will always be flawed. Occasionally, judgements will be wrong. So be it. You try as hard as possible to get it right, but if you don’t, them’s the breaks.

It seems to me to be a peculiar furious indignation some humans have at other humans for not being cyborgs. The introduction of technology to try and iron out the humanity in cricketing decisions, though only available in the higher echelons, is a retrograde step. So what if a snick onto the pads is missed? Sometimes you’ll get away with one, sometimes you won’t. Umpires just have to try and get it right, make a call and then move on. We do not need a team of poindexters pouring over an infra-red imaging system. That’s not sport.

I am prepared to accept that umpires will not be able to make an accurate decision occasionally, in the same way that I can accept a football referee can make a mistake. I’m fine with that and I don’t understand why everyone doesn’t feel likewise.

But this enrages some who wail at me that “all we want is the correct decision,” unable to understand that so do I, but I’d rather it was made in real time and in the moment by someone appointed to make the call, not by someone somewhere else looking at a screen. The decision is part of the sport, not part of the admin. So I’m philosophically opposed to any technology in any sport that aids decision making. Get it right or get it wrong; this is the nature of sport and of being human. And that’s what I love about it. Every second spent trying to deconstruct reality via technology, is a second spent dehumanising us and the game.

The inability to accept mistakes will happen is a denial of our innate humanity. What happened to just shrugging and getting on with it? Live life, don’t analyse it after the fact. If you need a slow-motion replay and some sort of heat-seeking device to find out what has really happened because it was so fast, then you should just accept that this is all part of the limitations of being human. After all, if you couldn’t tell with the naked eye if it was snick or not, just let it go. You’re over-focused. You’re worrying too much about something which is supposed to be fun. You’re taking it all far too seriously.

I’m aware that at this point someone will, with the bulging eyes of disbelief at my laissez-faire attitude to all of this, tell me that there’s a lot of money at stake here and we HAVE to get it right.

My response? Don’t care. If sport is now about money first and foremost, then we might as well pack up and go home. When you started playing cricket you did so because you liked it, you didn’t need Hawkeye to make you enjoy it more. It doesn’t matter more when there’s money on it. Or it shouldn’t.

Given that cricket was played for about 500 years without any Umpire Decision Review System and that even now, almost every game will be carrying on that tradition without anyone involved being especially aggrieved by it, I still don’t feel it is in any way necessary and only a very modern blend of TV and a pernickety obsession with getting every decision correct, coupled with an inability to just accept that nothing is perfect, has driven us into some sort of officiating madness where no-one believes what is real until they’ve seen it replayed on a screen.