Long legs, guts and cold tinnies: The art of the specialist fielder 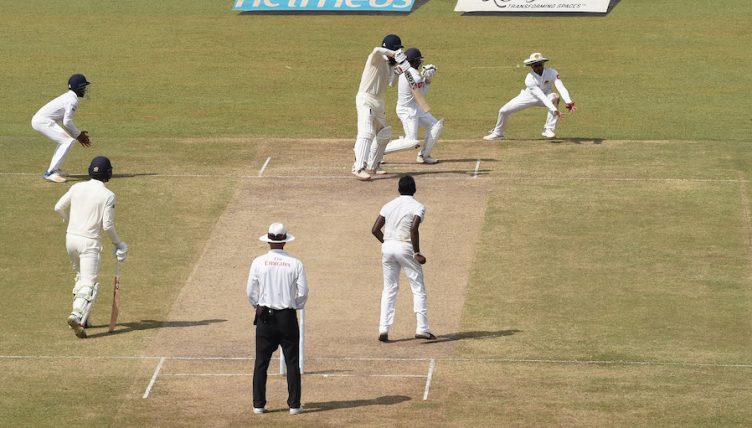 We used to go Stockton Cricket Club to watch any game that was being played during the long summer holidays. Admittedly, this was largely an excuse to drink cider, snog and go behind the pavillion to mutually explore each other in the pleasurable below the waist regions, but it did also involve watching some leather upon willow action.

One evening, as the home team came out to field, we were in the shadows engaged in what your local swimming baths would have called heavy petting. She turned to look at them taking the field and frowned. ‘These lot just batted, didn’t they?’ she said. ‘Yeah, well you bat, and then you field,’ I said, distracted by the matters that were literally in hand.

It turned out that she had, for several weeks of our teenage affair, believed that the fielders were a different team altogether to those that had been batting. Yes we were often distracted by the downstairs business, but her reasoning had some logic to it: to her it seemed unfair that you had to be good at batting and also good at fielding, so had assumed every team had 11 fielding specialists and a different 11 batting specialists.

I still like this idea; it makes sense and feel it should be tried out at some point because, when it comes to fielding, I’ve always loved a specialist. I’ve always tended to personally favour a boundary position such as Deep Cover, Deep Point, Long On or Long Leg. Basically, any position that starts with the word deep or long. This is because I’m lazy and you get much less to do out there. Trot in to pick up a push into the offside for two, watch as a powerful square drive rattles the fence, or scoop up a clip off the ankles for an easy single. It’s all nice, languid sort of stuff – you can go a few overs without even touching the ball. There’s the chance you might be given a can of lager on a hot afternoon by some sympathetic observer if you’re out deep, plus if a batter does happen to loft one in your general direction, you’ve got a few extra seconds to see it coming and make a clean catch. Perfect.

Now, I’m a good catcher. Always have been. Hands like glue. One or two-handed. Like many kids, I used to practice it by throwing a tennis ball against our back wall as hard as possible and leaping one handed to pluck it out of the air, preferably diving dramatically, gliding like a golden eagle, or so I imagined.

But even so I was rubbish in the slips, or any closer fielding positions, because I had a terrible concentration and reactions, my mind always drifting off to think about pretty much anything else. So out on the boundary I went. It didn’t matter where really. As long as I had a few seconds to spot the ball, it would invariably stick.

But there’s got to be extra praise for anyone who specialises in any position that begins with the word Short or Silly. If you’re going to stand that close to the bat, then you need a peculiar mixture of bravery and stupidity. David Boon, who made Short-Leg into an art form – especially in tandem with Shane Warne – has said that the first requirement to play that position is lack of fear. You can’t be scared of the ball. I’m sure he’s right, but I can’t help thinking it’s madness. All you need is for the bowler to drop one short and you’re in danger of taking some leather and cork full in somewhere which isn’t meant to receive cork and leather at high speed. That being said, it is without doubt the most Rock & Roll position in the field; all guts and glory. Everyone admires you in the first place for being prepared to stand there, so if you do spill one, it always feels a bit harsh to have a go at them.

Derek Randall was always my favourite Cover fielder. He could kill you anywhere from Extra Cover to Backward Point. Those positions are not for the lazy cricketer like me. They require you be on your toes for a lofted drive catch, but you’re also likely to be needed to run someone out. A tentative push into the off for a risky single would see Randall sweep down like quicksilver, picking up and throwing the stumps down in one liquid movement. That all looked like a lot of effort to me. Catching, stopping, running and throwing at pace. Blimey, pass us another tinny.

The most high profile fielding position is probably first slip. Has there been anyone better than Rahul Dravid? With over 400 international snaffles to his name, he never seemed to put one down and was never hurried in how he took even the firmest edge. Whereas we lesser fielders snatch at the ball, trying to take it before it had quite arrived, a great slip like Rahul somehow seemed to see it in slow motion and waited for it to plop into his soft hands instead.

I think it’s because of my flakey mind that I’ve always admired fielding specialists and feel every position should be occupied by someone who has trained to do what needs to be done in that position. Those who patrol square leg like a panther ready to pounce, the second slip expert who stands there all day with the concentration of a cat hunting a field vole, just waiting for that one thick edge. Or me, drinking on the boundary, never breaking sweat, who can pluck that sweet red plum out of the blue sky with one hand and not even put my drink down whilst doing so.

Fielding requires 11 specialists. Julie was right all those years ago, all of which just goes to prove that you can learn much about cricket while someone has got their hands down your pants.