Home John Nicholson Malan move a reminder of how far Yorkshire have come: we are all we

Malan move a reminder of how far Yorkshire have come: we are all we 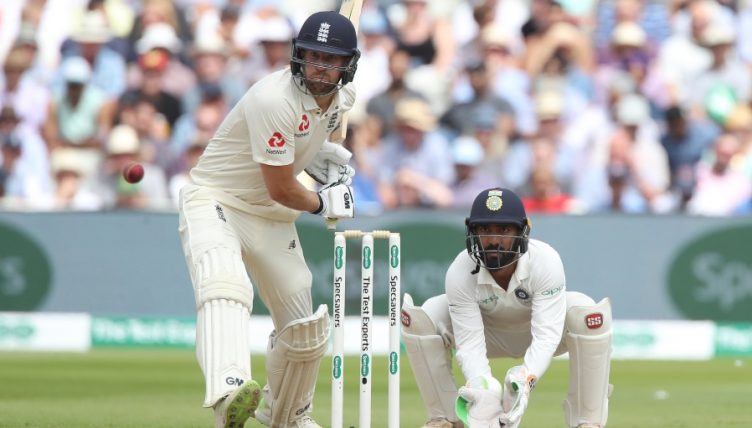 When a football club has a lot of local players in their side, it is always felt to be a good, positive thing. We all like to see people from the town doing well and I doubt anyone would ever question such a feeling.

However, can you imagine if your local football club would only employ players who were born in the county where the club was located? If Leeds could only field players born in Yorkshire. That would seem very odd and almost wilfully narrow and bloody-minded. But that is exactly what Yorkshire County Cricket Club did until 1992.

In a strange self-imposed apartheid system, you had to be born in Yorkshire to play for Yorkshire. And many were rather proud of this fact. No other county had such a qualification rule. While other counties were importing the great and the good from world cricket, foreigners to Yorkshire CCC meant people from anywhere not actually Yorkshire. It seems barely believable now, with Roehampton-born, South Africa-raised England batsman Dawid Malan’s lack of Yorkshire pedigree barely registering as he signed on with the White Rose this week.

To those of us who, as kids, grew up watching Viv Richards playing for Somerset, Clive Lloyd for Lancashire, Imran Khan for Worcestershire and so many more, this seemed a very odd situation. Aged 12 I was at Bramall Lane to watch Yorkshire play Gloucestershire with my granddad Fred. It was a frustrating rain interrupted summer’s day but Fred had taught me the value of patience.

“We’ve got Mint Imperials, tea, biscuits and potted meat sandwiches, we’re living like kings, our John,” he’d say, with a yellow-toothed grin, as we took shelter from the latest downpour.

“Cricket is always worth waiting for” was another of his bon mots, along with “the easier something is, the quicker you tire of it.” He was a wise old lad and I loved him for it. So we’d sit and read one of his old copies of Wisden or a newly purchased copy of The Cricketer until the rain eased.

Soon enough play resumed. Mike Proctor, one of my favourite all-rounders was bowling at speed and quickly took four wickets leaving Yorkshire with, what Fred would always call, “not many, for a lot.”

“That Proctor’s unplayable today,’ he said as the South African took his fourth wicket. ‘What a bowler he is. Fast as the wind.”

A man sitting along from Fred leaned over. “Aye he’s good but he’s not from Gloucestershire is he? It’s not right.”

He went on to complain that any county could improve their squads by bringing in the best players from other countries and even from other counties – he was annoyed that Brian Close had gone to play for Somerset – and that it was a form of cheating that he was proud Yorkshire didn’t indulge in.

READ: The Hundred is to cricket what a homemade sex tape is to the movie industry

Fred was brilliant in such situations. He had a way of politely disagreeing with people which I’ve copied ever since, saying “aye, well that’s obviously what you think” or “that is definitely a point of view” then he’d turned to me and roll his eyes.

But this bloke wouldn’t leave it alone and was soon going all anti-foreigner. Now Fred was a born and bred Yorkshireman and he was proud of the fact, but had an expression for noisy, intolerant people – “know nowts” – and this fella was definitely a know nowt and Fred would only tolerate them so long before he would “get me neck out” by which he meant lose his temper. And after the man had started on the all too commonly heard racist epithets of the day, Fred had had enough. He jabbed a finger at the man.

‘Oh shut your meat hole, lad” (meat hole!!) Know nowts like you are the sort who start all the bloody wars. This lad (jerking a thumb at me) he don’t care where anyone is from, he just likes his cricket, isn’t that right, our John?’

I nodded vigorously. I would never disagree with Fred, and not an angry Fred, especially.

He leaned into the man’s puce face. ‘You’re telling him he shouldn’t watch some lad play because he’s not from the county – you’re bloody mad. Yorkshire is bloody mad. What’s this birthright rule all about? Birthright? I’ll give you bloody birthright. It’s our John’s birthright to watch bloody good cricket and that’s what he’ll bloody do and little sods like you aren’t going to stop ‘im!”

This left the man taken aback and he spluttered some sort of response but Fred swiped his hand in front of the man’s face as though wiping away his words.

“Getaway with you, you massive knacker, (massive knacker!!)The cricket is all that matters, not where you’re from. I’d rather see this Proctor lad bowling than some of pie-arsed cart ‘orses Yorkshire have had over the years” (pie-arsed cart horses!) C’mon John, we’ll go and sit somewhere else before I snap this buggers neck like he’s a bloody old chicken.’

Fred was one of those older men who somehow had authority about them. Maybe it was all the years in the pit, but you didn’t mess with him. His was short, skin like leather, all wire and snot. The fact he didn’t lose his rag very often just gave more power to the times he did.

So we relocated. Once we got settled again, he took out his ever-present tartan flask of tea (which he somehow got topped up in the pavilion, a process he invested with great mystery by calling it ‘Fred’s magic tea’ but which probably just involved a kindness from the tea ladies) poured two cups and produced a pack of chocolate digestives.

“See, with people like him, John. It’s all about us and them. But there is no us and them. We’re all we. Do you understand? We’re all the same. Not just in cricket. In life. All we. Write that in that diary tonight, you’ll thank me when you’re older.” And I did.

I’d like to say I did really grasp what he was saying, but I was a kid. However, I did write it in my diary that evening and recorded the event, even though I was mostly amused by him threatening to snap the man’s neck and his generally colourful language.

But reading it back now makes me rather proud of him and that we’ve moved on so far from the Yorkshire Birthright rule that I suspect it’d be illegal now. And that’s how it should be. For good or bad, we are all we.