Home John Nicholson Pondering cricket on a stranded Amtrak train: why isn’t there a five? 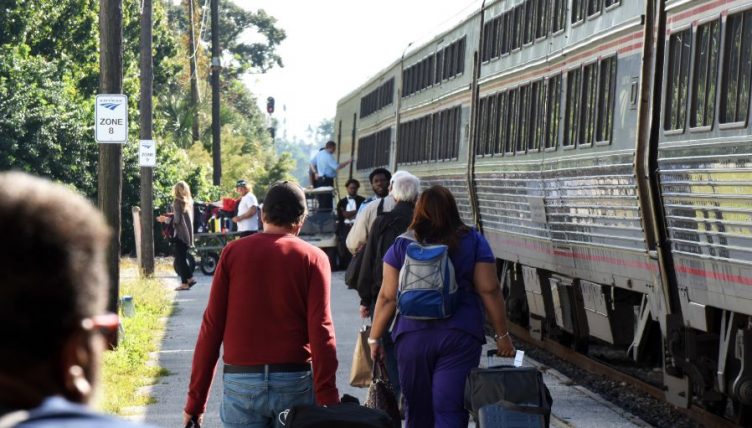 Cricket, if you’ve grown up watching and playing it, is not a complicated game.

Two sides, a maximum of four innings, 11 players per side. The side which scores most runs in total wins as long as they bowl the other side out. And that’s about it. Simple.

Or so you’d think.

But try explaining this to an American while you’re travelling from Sacramento to Chicago on an Amtrak train for four long days and it will provoke something of an existential crisis in your belief in the rules of the game.

We thought it’d be a bit of an adventure as we clambered aboard the sleek, long, silver carriage in the capital of California. There wasn’t a platform to stand on, you just had to jump on it from trackside, like a modern day hobo, but we’d booked a sleeper carriage for the 72-hour trek and did not think for a moment we were returning to the 19th century. But a day later, as the dead train was motionless in the Nevada desert for a whole day, having just broken down outside of Reno, it very much felt like we’d gone back in time.

It now felt like we were living in the middle of a Johnny Cash song, as first the toilets blocked up, then the food ran out and finally the water. We were going to die in the desert, our bleach bones destined to be found by future travellers along with the decrepit remnants of the Amtrak.

Then news arrived that some sort of repair team was on its way to fix the stricken engine. There was nothing to do but sit around and talk to other travellers. Remarkably we appeared to be the only foreigners on the train, the others were all Americans from the midwest returning home, or left coast wanderers heading east “just to see what’s out there, man,” as one put it to me.

And it turned out to be a brilliant trip, for all that it took over 96 hours, because we were treated like visitors from an alien planet. Our train compatriots were gentle, interesting souls who simply wanted to know more about the distant world we had come from.

Boycott and Yorkshire, Yorkshire and Boycott: still indelibly linked after all these years

Long leg, guts, and cold tinnies: the art of the specialist fielder

We were quizzed on everything British/English (they usually didn’t know the difference) from the actual location of Scotland (“I heard it’s the town in Ireland that the Mel Gibson movie was about”) to the NHS and whether it truly was the ghoulish Victorian horror movie they’d been told. Someone wanted to know whether Norway and Iceland were part of the UK! Quite why they hadn’t yet looked this up in a book or on the internet was only one of the puzzling things about the gaps in the knowledge.

A couple in their early 60s, devout Methodists from Wisconsin, sat down opposite us and said the fateful words. “I’ve always been fascinated by cricket. Can you tell me all about it?”

It was only as I was launching into an explanation of the difference between Test cricket and other versions of the game that I began to realise, by the astonished looks on their faces, just how bizarre this all sounded.

“It lasts five days!” the chap exclaimed to his wife, and they both laughed like this was the funniest, most eccentric thing they’d ever heard. When I explained that there was a good chance no-one would be declared the winner at the end of all this, they collapsed in fits again.

They found the sheer amount of detail, from the run-scoring system, over-throws, no balls, byes and wides to be some sort of advanced mathematics. The fact there was a crease that you had to be in most of the time, while wearing huge padded leg guards and a helmet, seemed to them to make batting almost wilfully complex and hard. LBW made absolutely no sense. ‘But the batsman wants to stop the ball hitting the wicket, why can’t he use his legs to do that?’ I didn’t trouble them with the habit some batters have of ‘padding up’ to a ball.

On and on it went. “Why is the ball made of cork?” “How can you be ‘not out?’” “Why can’t you score five in some way? Why does it go from four to six?” “Why is one man allowed to have gloves and no other catcher is?”

I began to try and explain Duckworth-Lewis to them but as I don’t really understand it myself that was very tricky. The very idea that after all of this palaver not only could there be no winner but the weather could and often would intervene and render the whole process impossible to complete.

While it was an often hilarious couple of hours, the great thing about it was that trying to explain a sport to someone who knows literally nothing about it, makes you question exactly why some of the rules exist and why the game is as it is. They found the lifting of a foot off the ground allowing you to be stumped to be incredibly petty and unfair. ‘It’s hard enough, already, now you can’t even lift a foot off the ground?!’

They didn’t understand why the last batsman standing couldn’t be allowed to keep on scoring. Nor why the bowler’s landing foot had to be behind the crease line. Nor why you can score without hitting the ball via a wide or a bye. ‘If you don’t hit the ball – and that’s the whole point, right, to hit the ball – how can it be right it still adds to your total?’

I just didn’t have good answers to many of these questions. How had we settled on all of these rules and why? Afterwards I realised that they had accidentally raised some really good points. Extras in general mystified them and seemed unnecessarily complicated and I ended up agreeing with them. It did seem crazy that your team scored even if you didn’t make a shot. That you got one added to the total for a wide, even if the batter played a shot. And finally, why isn’t there a five? At least, a five without some kind of overthrow shenanigans. If you hit the ball to the boundary, with it only bouncing once, that could be a five. Why not?