Cricket loses hours and days to the weather. What if rain *didn’t* stop play? 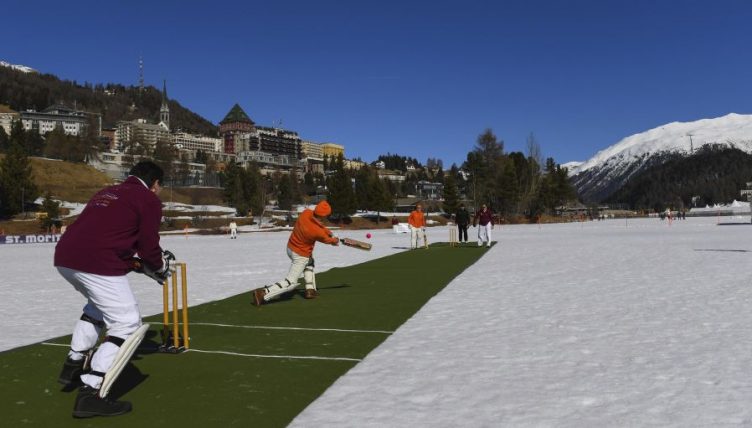 As I write, a northwesterly is blowing sleet down Holy Loch and across the Firth of Clyde on a 55mph wind. Snow is falling above 250m on Ben Eich in a white-out blizzard. It is classic Scotland winter weather and in this era of climate change which sees bees out and about in early January, it’s quite comforting to have some Proper Weather, the sort we grew up being the norm.

Of course, playing cricket in such weather is impossible. It’s 3 degrees for a start and that’ll shrivel even the most stout box. Not that cricket is unknown for being played in snow and an ice cricket tournament has been played on Lake St. Moritz since 1988, but traditionally, unlike many other sports, apart from the odd flurry in a chilly April game versus the Combined Universities or Northern Counties, cricket tends to only be played in (relatively) good weather. Okay, you might have to wear three sweaters on occasions, but the merest splash of rain will usually send all scurrying back to the hutch to hide, on come the covers and Rain Stopped Play is jotted down on the scorer’s chart. We lose so many cricket hours to rain. But why?

Should this always be the case? After all, people play cricket in searing heat that is every bit as uncomfortable as some heavy drizzle blowing into Scarborough off the North Sea. Why not play in wet weather? Clearly, as puddles start to form in the crease, play will need to be abandoned, but I’ve always thought anything short of that should not be cause to stop play.

Sport needs variables to make it unpredictable and there are too many attempts to iron these out of modern cricket. The days when wickets were left open to the elements and would take prodigious spin on the last day of a game or deliver uneven bounce are long gone now, but it allowed different talents and skills to blossom. There were batters who were great on a turning wicket and turned it into a specialty, keeping their bat at a flattened angle to smother the turn almost before it could happen.

So if we played through rain, that would force players to develop skills to deploy on a wet wicket. Bowlers would have more success with what we used to call a ‘skidder’ – a low flat delivery that would zip off a wet, green wicket. On the other hand, the wet ball tends to be heavier and slower off the pitch, giving batter a microsecond more to play their shot. All manner of variables would be introduced.

Obviously in other sports like rugby or football, the players run around a lot and that keeps them warm. Fielders wouldn’t have that luxury, but there’s no reason they couldn’t wear club specific waterproofs to stop them getting soaked through. It’s not like we’d be asking them to wear a duffel coat to field in the covers.

Sides leave the pitch too easily. Unless the pitch gets waterlogged, the imperative should be to play on and adapt to the changing weather. Yes it may make things harder for both batter and bowler but surely that’s a good thing. So let’s have much less Rain Stopped Play and much more Play Continued Through Rain.