Home John Nicholson The scorer is cricket’s real hero; there’s no game without them 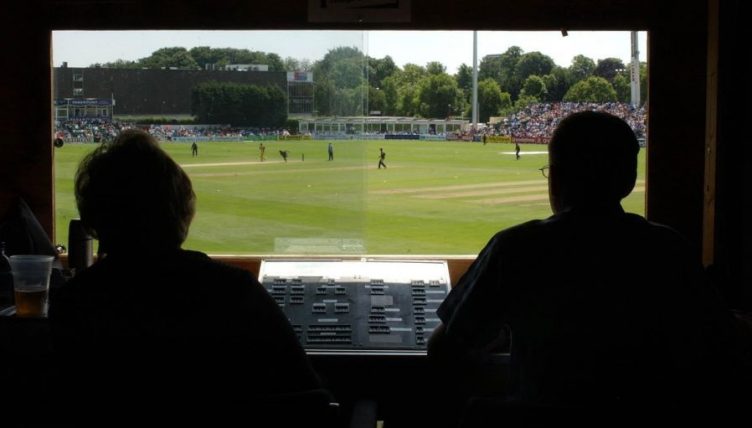 I’m a writer. Words are my thing. But I have a soft spot for numbers and for people who understand them. When it comes to sport, there is no better game to play if you like numbers than cricket.

But before the internet, before computers even, there was one man (it is usually a man) whose job it was to record everything that happened in a game. The scorer.

Now, by scorer I don’t mean some kid with a notebook who jots down what each batter scored or who took a wicket. Oh no. A proper scorer has a huge A3 pad drawn up into various grids and columns and tables. Dark sharp pencil lines ruled into the pristine white paper.

I’d like to tell you about my friend, I shall call him Paul, but that’s not his real name. He loved scoring and had been a scorer since he was a boy. But he wasn’t ever an official scorer; he would just keep score at any game he attended or saw on TV.

He had drawn up his own huge sheets to document everything in a series of tables and columns. They were works of art and almost impossibly detailed. As well as all the basics you might expect, he recorded what was or wasn’t scored off every ball and the subsequent new total. He recorded the time a batter came to the wicket and time they were out. He recorded placements of fielders involved in a dismissal. Had a symbol for which side of the wicket a bowler operated from and for left and right-handers. If there were two umpires, he’d record which raised the finger for every wicket. He even recorded developments in the weather with different colours and symbols. Everything printed neat and clear.

His aim was simply to record absolutely everything and he’d tell you exactly that. It was a mission for him: a calling. If he missed any detail at all, he’d be infuriated. Going to a game with him was almost like going alone. He would talk very little because he was concentrating so hard. If you distracted him and he missed something, he’d give you such a scowl and once protested that “I can’t get that moment back, can I? You stole it from me.”

This was an odd thing to say but I’ve always been drawn to odd people and I liked Paul a lot. I’ve always found people who are passionate and even obsessed with something, whatever it is, are interesting, even if you don’t share their obsession.

He was philosophical about his passion saying that while the players might think they’re the most important people in the game, they were deluded. They were merely actors on the scorer’s stage because if there is no scorer how do you even know the match happened?. Without the statistical draughtsmen and women, there would be little or no details recorded about cricket. Wisden would be blank. He felt the scorer weaves the very fabric of the matrix upon which cricket is hung.

And it was great having a pal with such records as you could ask him anything about and he’d look back through his records to get the answer. He struggled with social chit-chat, but he loved to talk about anything to do with statistics and would get much joy from them, wherever he found them.

It often seemed to me that it was only when he had undertook the documentation of a game that he ever really at ease or relaxed. It seemed to allow him to release himself from his own ego, or from the everyday world, so completely did he subsume himself into the job. When the game was done and he’d made his last mark, he would sign it off, as though giving his own work a seal of approval and he would come back up to the surface of reality and give me a huge satisfied grin at another job well done.

This was over 30 years ago and of course, at the time, what I didn’t know and neither did Paul was that he was Asperger’s. Today, having had a diagnosis of the condition for both me and my partner, I’d have understood this from the first time we met. But back then it wasn’t such a commonly known about thing. I knew nothing of it. More usually it was just thought he was mad about cricket. Which he was. Uncommonly so.

Paul’s other interests in life were all statistical. He could tell you chart positions of even the most distant obscure records. He even knew the matrix numbers of first pressings of Beatles records. He also knew the finishing positions of all of Middlesbrough FC’s seasons going back to the late 19th century and many, many more facts.

Like me, he didn’t like being in crowds, preferring to be quiet and on his own or with one person, he was a gentle soul. Or at least so it appeared to me. We always met up for Yorkshire’s annual game at Acklam Park in Middlesbrough, a ritual which we both loved and which was something we always looked forward to every year.

But one year, he couldn’t make it. And he couldn’t make it because he was dead. He’d committed suicide the week prior to the match, leaving all his neatly recorded scoring sheets in chronological order, almost, I thought, as though he was leaving them for posterity. He’d put everything in order and then…

I won’t relate the details here out of respect. I hadn’t seen him for maybe six weeks and had no inkling what he, it subsequently turned out, had probably been planning for months. He hadn’t discussed it with anyone. No-one saw it coming, largely because we didn’t know what to look for.

Had I known then what I know now, I’m sure I could’ve helped Paul. Helped him get through the darkness and not face things alone. But I didn’t. I knew next to nothing. Lasf week was Mental Health Awareness Week and it is really worth exploring the issues around mental health both to help yourself keep well and help others in your life too. And if I had done that back in the 1980s maybe he’d still be with us today, still documenting cricket matches and filing them into his archive. Still giving me his satisfied big grin as he signed off another sheet.

I hope somewhere out in the celestial infinity of the universal mind, that is just what he is doing on a neverending sunny afternoon, mug of tea and packet of digestive at hand, pencils sharpened to a point all in a line. God bless him.