Home John Nicholson What if… cricket scrapped the hard ball and all that awkward protective gear?

What if… cricket scrapped the hard ball and all that awkward protective gear? 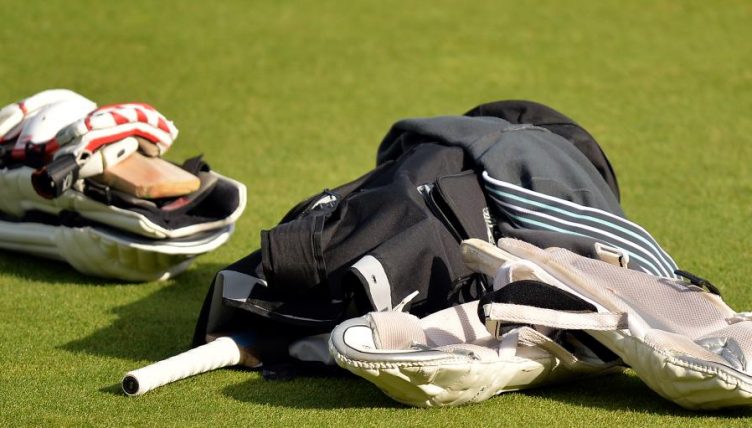 Have you ever played cricket without any of the frankly strange equipment? No helmet, no pads, no gloves, no box, no trousers. Ok, strike that last one. That’s just a personal perversion.

If you have, you’ll know it is much easier to bat without all of that gubbins strapped onto you. You feel more nimble and free to play your shots unencumbered. We’ve all played like this when using a tennis ball, of course, it is only the threat of being hurt by the hard ball that forces us to wrap up in the protective paraphernalia.

I’ve never liked it. Ever since I suffered the humiliation of getting my feet caught up in my own pads when sprinting for a quick single, falling forwards and smashing my nose on the hard wicket, I’ve had an aversion.

Do we actually have to be wedded to using the old cherry corker forever, though? It is the reason we have to waddle out to the wicket, lagged like an old boiler with anything breakable protected with some sort of padding. OK, modern pads are lighter and more effective than the massive floppy old horse hair stuffing, leather strap and rusty buckle versions of yore, but even so you still have to learn how to operate in them and it stops you moving naturally. And batting gloves are horrible things that feel like you fastened a pound of sausages to a sticky, greasy glove. And as for the box, some are frankly biohazards. Much better to bat ‘naked’ but if you do, you risk the ball causing you some serious damage.

ALSO READ: Why Cricket is the Greatest Sport, No. 15: Women

A cricket ball is made with a core of cork, which is layered with tightly wound string, and covered by a leather case with a slightly raised sewn seam. The covering is constructed of four pieces of leather. The “equator” of the ball is stitched with string to form the ball’s prominent seam, with six rows of stitches. The remaining two joins between the leather pieces are stitched internally forming the quarter seam. It should weigh between 156g and 163g

It must be possible to make a ball out of some hi-tech material that would perform in a similar way but with enough give to make sure it only leaves a bruise if it hits your shin, rather than shatter your leg into three pieces.

As soon as you address the stumps without pad and gloves on, everything feels so much better. You’re a few pounds lighter for a start. You can sprint between wickets at speed. But something else happens too. You stop ‘padding up’ to a ball, because, obviously you can’t. This focuses your mind into playing more shots or using the bat as defence. In short, it means you have to play more progressive, less defensive cricket.

It’s also worth questioning whether we should be playing a sport that is so dangerous that we have to be so shielded from the ball. If anyone proposed a new game today which was so potentially dangerous, it’d never get off the ground.

Obviously, playing with a springy tennis ball makes it too easy and as a bowler you can’t do much with it in terms of swing, though I could always coax a lot of spin out of one  they seemed to grip the pitch well.

What we need is a ball that mimics the traditional leather corker but isn’t dense or heavy enough to shatter a bone or give you a brain bleed. It would slow the fastest balls down, of course, but ever more speed is not a good thing. As long as the craft of the game could be preserved in the changing nature of the ball across an innings, the only other major change would be it’d be hard to be seriously hurt by it. And not getting seriously hurt while playing a sport does not seem an overly radical wish, does it?