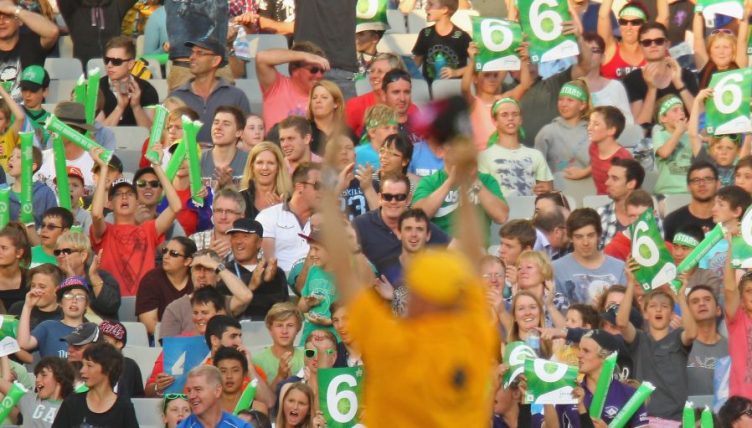 Cricket’s money shot is, of course, the six. That glorious moment when you catch one on the sweet spot and dispense the battered old cherry over the ropes without a single bounce.

Even if it’s a short boundary, you can’t help but feel momentarily like you are a cricketing god and all should worship at your feet. Everyone loves it.

I guess because it is a relatively rare occurrence and because more often when you try to loft one over the inner field, you mistime and get caught, that’s what makes it feel so exotic and almost transgressive. I don’t think I’ve ever hit one without the shot in some way being reckless.

But there are all sorts of sixes that can be hit. In my view, some are far better than others. The bog standard six is the pull over long-leg, isn’t it? The bowler pitches it short, you go on the back foot and give it the full meat. Easy. That’s your basic six. You’re really just guiding the bad ball. As long as you get enough height on it, you shouldn’t be getting caught out.

An ode to the wicketkeeper: the beating heart of every team

From Procter to Malinga: A celebration of weird bowling actions

Indeed, I’d argue all sixes scored on the onside are the most common and easy to achieve. All great to see – I especially like the front foot drive over long-on – but they are certainly the easiest to make for even your basic swashbuckling slogger.

Then there are the freaky sixes which you score almost by accident, such as when you swing with gusto at the short-pitched ball, fancying to punish it over the deep square-leg boundary, only to have it bounce higher and faster than you anticipate, causing you to get a huge top edge, sending it skywards over deep fine leg. There’s no pretending you meant it, just as when you attempt that dramatic, classy Gower-like flashing blade shot, intending to cut it to point, only to totally mistime it and getting a thick edge, sending it up and over third-man.

Those always thrill because the batter is out of control, but they are basically just a consequence of your mistake.

When it comes to more rare sixes, anything square on the offside should earn you extra style and difficulty points, but there is only one Royal Six. This is what we called it as kids playing in the park.

The Royal Six should be marked in purple on the scorecard, should be noted in Wisden and which, in the event of a tie, should break that tie as a reward for its sheer elegance and chutzpah.

The Royal Six, my friends, is the lofted drive that goes back over the bowler’s head, straight over the stumps, straight down the ground – and this is crucial – goes right over the top of the sightscreen. (you may have to imagine this bit if you’re playing in the park)

It should be neither on the offside, nor the onside. It’s so hard because you’ve got to get instant elevation on it right off the bat or you’ll risk a caught and bowled, but you’ve also got to connect well enough with it to get the power required to make it over the boundary.

But wait. For maximum style marks, the Royal Six has one other important element. It should be achieved by the time honoured method of ‘dancing down the wicket.’ Of course, dancing down the wicket does not actually involve any dancing, there is no jive or charleston involved here, more typically it is two little skips, or better yet, you just walk out the crease, bat raised yelling “go on then, let’s ‘ave you!!” and with an elegant full swing of a straight bat, meet the ball on the half volley or superior still, turning the pitch into a full toss. Sweeeeet.

When done well, it is brave, stylish and ever so slightly arrogant and contemptuous of the bowler. It is no mere slog. You face the triple risk of being bowled, stumped or caught if you get it wrong.You have bet the farm on this shot and you have won.

That’s why it is the Royal Six and why it really should be worth seven.