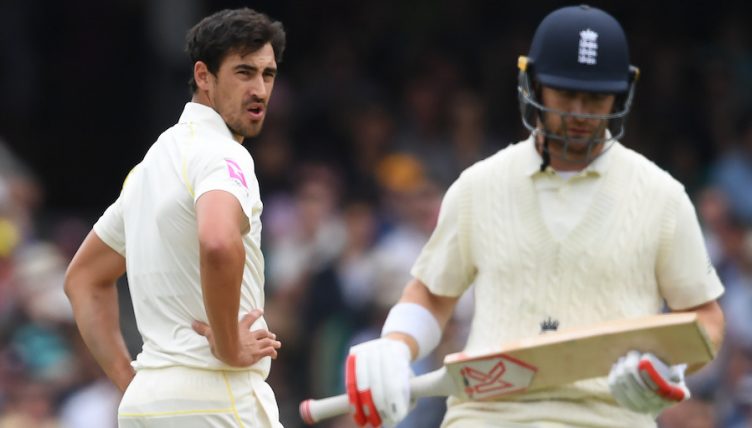 The Ashes is a competition like none other in English sport.

It is like none other because for many people it helps define what it is to be English and Australian.

When England were routinely thrashed by them it was often painted as emblematic as part of a general decline in standards and status of the country.

When Australia is handed a steaming bowl of whup ass by England, it often seems as if they have disgraced the whole nation and are somehow less than proper men.

After all, the reason it’s called The Ashes is because the urn contains the ashes of a bail which The Sporting Times after Australia’s 1882 victory at The Oval for its first Test win on English soil wrote a satirical obituary for English cricket obituary saying “the body will be cremated and the ashes taken to Australia”.

As a boy I absorbed the notion that Australian cricket was synonymous with the Australian character and that character was brutish, unsophisticated, vulgar, aggressive and quite capable of cheating.

While this is clearly a crude stereotype, we still have echoes of it today, so much so that when David Warner and Steve Smith were caught ball-tampering, many just shrugged and said, ‘of course they did, they’re Aussies’.

However my granddad Fred, who was an advocate of the philosophy that ‘cricket shows you the man’, held out against this cliched notion of the men from Down Under.

Born in the late 19th century, he’d watched every Ashes Test played at Headingley since 1909 when England played their 100th Test match, which happened to be the third in that Ashes series, and promptly got skittled out for 87 in the second innings, losing to the baggy green by 126 runs.

I used to tape his recollections and have subsequently transcribed some. This is an extract. You’ve got to imagine this being spoken in a broad West Yorkshire accent by an old man who is rolling fags as he talks. He was speaking in 1979.

“It were a typical green early July Headingley wicket. There’d been a lot of rain so everyone knew it would take spin, probably on’t first day. By God did it ever take spin. It were like bowling on cobbles.

“They won the toss and batted and scored 180-something and took bloody ages to do it (it was off 73 overs). They didn’t trust the wicket and they were right not to. Rhodes took four of ‘em. I thought ‘e were great. Everyone were saying, we already ‘ad it in t’bag but that were rubbish.

“I were only 14, it were me first Test, but I thought we’d be in right trouble on that strip. The ball were swingin’ all over t’place and turning like nobody’s business. Anyways, they did us, di’nt they? They ‘ad this lad, Macartney, they called ‘im. The papers said he had a nickname – ‘the Governor-General’ – due to his batting style. Never worked out what that meant.

“Well he was nowt with the bat that Test but he were a crackin’ left arm spinner and he went through our lads like a dose o’ salts. I think he opened the bowling, which were always a sign that t’wicket were a mess. Took seven. We got 180-something and we were lucky to get that.

“Never seen a wicket like it. They left ‘em uncovered in them days, of course. Anyways they got a couple of hundred in their second knock so we only ‘ad to get 200-odd (their lead was 208) but they murdered us again. The spinner took another four and we lost by over 120.

“It were the first time I’d seen the Aussies and I’ll tell you this, they were bloody good. They played that pitch as well as anyone ever could’ve. They were intelligent. Used their brains.

“They still say that an’ all, but it’s pure snobbery, our John. And you still ‘ear that today wi’ Lillee and them lot. People ‘ave a go saying they’re bullies. Rubbish!

“Let me tell you summat, you need brains to be a good cricketer. I saw all the greats from Down Under…Bradman, Ponsford, Lindwall, Miller, ‘e were magnificent were Miller, could do it all. And now you’ve got this lad Thomson and Marsh…all of ‘em.

“The idea they’re just bullies is right bloody daft. But you still ‘ear it. <puts on a posh voice> “Oh dear they’re frightfully rough and tough, Giles.” (his go-to name for posh blokes was always Giles) It’s just stuck-up English who can’t see their true worth.

“The best Aussie sides were a perfect mix of ‘ead and ‘eart. I know, I’ve seen ‘em all. Clever thinkers and had the guts for a fight. If stuck-up southerners don’t bloody like that, it shows how small-minded they bloody are.

“I wish we’d ‘ad a bit more mettle to us over the years, John. So don’t have none of this anti-Aussie nonsense that I’ve ‘eard your dad spouting. It’s not right. You underestimate those lads at your peril. If England are going to beat ‘em more often, they’re going to ‘ave to be more like ‘em,’ that’s what I reckon, and I reckon I’m right.”

He often signed off one of his philosophical musings with ‘that’s what I reckon, and I reckon I’m right.’ It was the sign that the discussion was over.

Fred’s word was gospel to me. He’d watched so much cricket over his life from Test to county, to local league and had thought much about it too, so if he said something, you took notice.

And even now, as we stand on the verge of another Ashes, even with England as favourites, his words come back to me and are probably the reason why before any Ashes series I expect England to lose, or at least if they don’t play like Australia!