Time to chuck out cricket’s crusade against the chucker 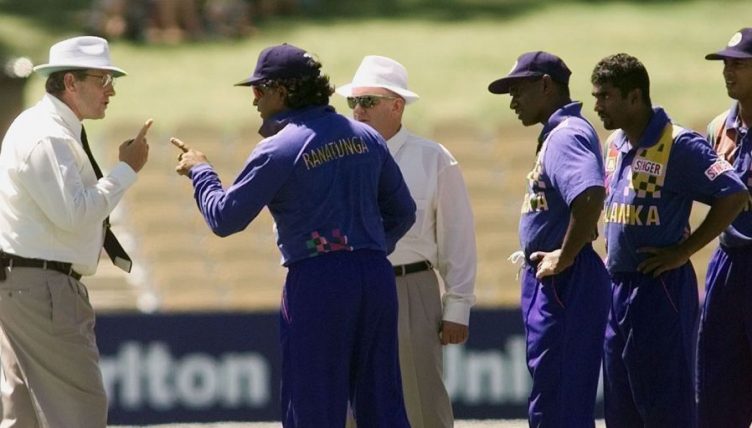 Cricket is a simple game. Someone throws a ball at the stumps and someone else tries to hit it. That’s the whole thing in a nutshell.

So why exactly is there something called the ICC Panel of Human Movement Specialists? Its job is to look at footage of bowlers who are suspected of bowling illegally and decide if they fall within or without the regulations. Or to put it in the vernacular they rule whether they a chucker or a slinger or are they not? But what is so bad about being a chucker?

Law 24, Clause 3 defines a fair delivery with respect to the arm thus: “A ball is fairly delivered in respect of the arm if, once the bowler’s arm has reached the level of the shoulder in the delivery swing, the elbow joint is not straightened partially or completely from that point until the ball has left the hand. This definition shall not debar a bowler from flexing or rotating the wrist in the delivery swing.”

Over many years, cricket has quite unnecessarily got its box in a twist about illegal bowling. The regulations are almost comical with talk of an elbow extension tolerance threshold of 15 degrees or more. Last month, Tom Sole of Scotland was suspended for falling foul of the regulations, having been cleared of the same charge in 2018. I’ve watched him play and it never occurred to me or anyone else that perhaps he had exceeded his extension tolerance by a few degrees.

But even so, the Panel of Human Movement Specialists sit there watching videos of a bowler and trying to work out if his elbow is extended by 15 degrees or more. It’s sad really, isn’t it? That the game should have come to this sort of detailed anally retentive approach. We had all of this over Shoaib Akhtar and R. P. Singh and whether or not they had any control over hyperextension of their elbows. There was that whole Muttiah Muralitharan dispute in the mid-90s.

The PHMS is cricket’s equivalent of a VAR decision which finds a big toe to be 1cm offside.

I mean, who really cares? Just deal with the ball that’s bowled to you. How much difference does it really make if it’s 15 degrees, 11 or 23? A fast ball is a fast ball. A ball coming from an extended arm is just another sort of delivery to defend or dispatch. Yes it might be hard to hit but then so is any ball from any great bowler, legal or otherwise.

There are plenty of famous examples of bowlers who were thought to ‘chuck’ their fast one and that it was their most dangerous ball. But given the amount of batters dismissed or struck by legally bowled balls over the decades, I’m not sure why the degree of elbow extension is any more significant or troublesome.

Was Sole really benefiting from occasionally throwing down an ‘illegal’ ball? A ball that may only be ‘illegal’ by a few degrees and even then only occasionally. It doesn’t make him a better or worse bowler either way. Why can’t we bowl how we want to bowl, or how our body allows us to bowl?

We can’t all be Michael Holding in his pomp running in and bowling like a well-greased piston engine, some of us find our body doesn’t work like that, but we can trot up, contort our body to some unlikely shape and hoy one down, sometimes within the 15 degree extension tolerance threshold, sometimes not and we’ll still never be as good as a bowler as Holding.

I just don’t believe ‘throwing’ gives anyone any real advantage other than that gained by surprise or rarity value. It’s either a good ball or bad ball. Why do we want to outlaw more variables in the game when it is the variables that give it depth and texture.

By removing the sinister-sounding Panel of Human Movement Specialists and letting bowlers just bowl, we’d see more different styles of bowling, and more different types of ball delivered. What’s so wrong with that? As long as the bowler isn’t delivering balls which are actually dangerous – though conventionally legal bowlers already do that – I don’t see what the problem really is.

The magisterium that is the ICC have long policed a rule which was designed to solve a problem that doesn’t even exist. They have invented a crime against cricket which so many are afraid to be accused of, as though it is the worst thing you can do. But it isn’t. It’s still bowling and its still either a good ball or it isn’t. And where’s the crime in that?