Home John Nicholson World Cup should inspire a new generation of cricket fans. But it won’t 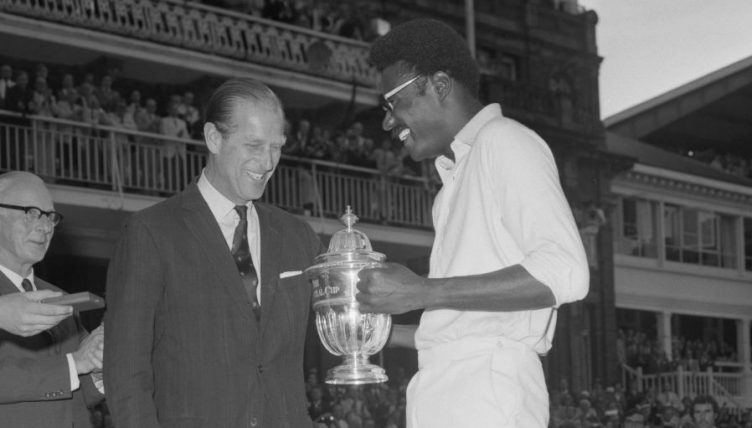 As the very first men’s Cricket World Cup in 1975 approached, some considered it to be a vulgar coarsening of international cricket. Hard to understand now perhaps, but one-day cricket was severely frowned upon by traditionalists as cheap and flashy.

Today, some might argue all we have left in the game is cheap and flashy. But to kids like me, it was a tremendously exciting time. Not because I was dissatisfied with the three or five day game at the time, but rather I saw it as a further frosting on the cricket cake.

My dad had got us tickets for the semi-final at Headingley, whoever that may prove to be between and the games were broadcast on BBC, so all cricket kids would scoot home on weekdays at dinnertime to catch up with the action, and scurry home at the end of the afternoon to do likewise. It was exotic and thrilling. England, as they are now, were favourites but my granddad Fred, who was a cricket sage, told me before a ball had been bowled that it’d be the West Indies who triumphed. He watched every ball bowled that was broadcast on TV and he was right, as ever.

England steamed through the group stage, racking up plenty of runs and setting up a semi-final with the Aussies. As we watched England get bowled out for 93 in front of a packed crowd at Headingley, it’s safe to say that it was a tad disappointing to be skittled out by Gary Gilmour for under a hundred. Briefly, as the Aussies were 38/6, it appeared we might pull off an unlikely win, only to be thwarted by Gilmour once again, this time with that bat.

But as we walked away that day, one thing was very, very obvious. But it was one thing that wasn’t obvious a couple of weeks earlier before the first ball had been bowled. One thing that many thought would simply not be the case. And that one thing was that it was really popular. The World Cup – or The Prudential Cup as it was called in 1975 thanks to insurance company putting in £100,000 in sponsorship money – had been welcomed with open arms. The popularity of those games in 1975 established the very concept of a World Cup.

The ICC had been worried people wouldn’t turn up and priced the tickets to try and make sure they pulled a crowd. I think we paid £1 to get into Headingley for the semi-final. The final tickets were only £3 at maximum which is about £20-£25 in today’s money. In 2019 you can pay £95 to £350 for a final ticket, which is some price inflation.

But they needn’t have worried. As Henry Blofeld said at the time, the World Cup was “a greater success than anyone could have dared hope.” As the winning West Indies Captain Clive Lloyd held the trophy aloft at Lord’s, it was clear already that this would not be the last World Cup. We’d all watched it on TV and it helped inspire a whole generation of kids to play cricket. It sent us out to play our own limited overs Tests in the local playing fields.

That will not happen in 2019, not in England at least. It should. But it won’t. Why? Because it is behind a paywall. And that removes it from the gaze of the vast majority of the interested audience and from all of those not yet interested but who could be excited and inspired for the first time.

From 2020, the BBC will broadcast 12 live games. 10 from the new Hundred tournament and two England Twenty20 internationals, for the first time in over 20 years. The fact they were awarded this package, despite almost certainly bidding less, is a tacit acknowledgement by the ECB that the game needs the big audiences that free-to-air delivers and by extension an acknowledgement that paywalled TV is slowly but surely kneeling on the windpipe of the game, and killing it.

Children care less and less for cricket. And why wouldn’t you? You can’t fall in love with what you can’t see. It is an invisible withering. It is hard to measure the effect across the coming years. How do you count those who would’ve played but never did? But the decline is there.

This isn’t just a shame, it isn’t something to shrug your shoulders and accept as somehow the natural working out of market forces. This is our children, this is our lives, our society. How dare they privatise broadcasting of a national game and turn it into something for the elite few? It is and always was disgraceful.

What’s more it makes no sense economically for the ECB. What is the point of putting broadcasting money into their coffers to play a sport that is getting less and less popular? Who are you playing it for? It’s horrible short-termism that is already driving them to ever more desperate measures to try and drum up some business. Would we have The Hundred without paywall cricket? No. They’re just trying to get some more blood out of an already dry stone and all because of their choice to sell cricket to the highest bidder

I’ll say this as clearly as possible. Everyone should be able to enjoy the cricket World Cup. It should be a listed sport and as such available to 95% of the population on free-to-air TV. Instead it is part of a tired, old-fashioned, out-of-date financial model that is simply done. That is conducting a conversation with itself looking inward, separate from the common embrace. It’s behind the times. It is as behind the times as the ICC’s fear of non-popularity of the World Cup was back in 1975. The very idea of selling the broadcasting of cricket to a monied elite is about as anti-zeitgeist as you can get in 2019.

And this negativity doesn’t stop there. Paywalling popular sport is ruining the health of the nation. It is part of a big societal problem. It is not serving the people, it is disenfranchising children and the poor and in that, it destabilizes the fabric of society. It engenders discontent and a sense of isolation from the mainstream. It pulls us apart rather than pulling us together. In failing to inspire kids to play cricket, there are knock-on health issues at a time of a type 2 diabetes epidemic and all the costs associated with that. That applies to people of all ages. We will not share watercooler moments during this World Cup because most will not have seen it and in that, we will have lost so much collective, community dynamics.

The effective privatisation of sport, in this instance, cricket, for the primary benefit of shareholders, not citizens, is a pernicious socio-economic and political choice that has been so normalised that we don’t even realise what we have had stolen from us. It is at the core of so much negativity and alienation in modern life and it is ruining us in many different ways. But I remember 1975. I remember why that was brilliant. They should not be allowed to get away with this outrageous impoverishment of our lives any longer.